The new governing principle in the United States is unpredictability. In not only domestic policies, President-elect Donald Trump’s often changing foreign policy positions and unorthodox diplomatic exchanges have made the traditionally reliable U.S. an unpredictable partner in international affairs, especially in Sino-American relations and Pacific affairs. 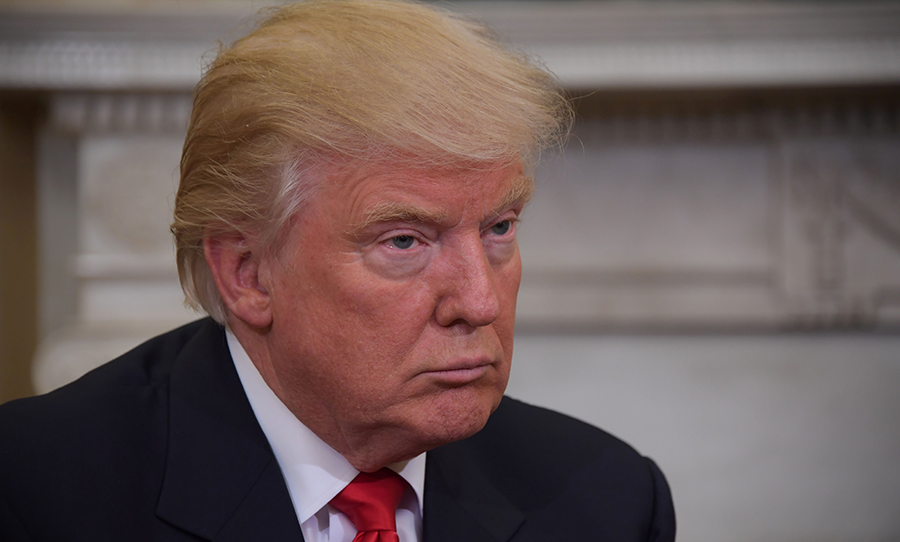 Unpredictability may well be the new normal as “the indispensable nation” is appearing to isolate itself from international trade relations. Trump has already made good on his vow to terminate the Trans-Pacific Partnership on his first day in the White House. Unveiling his plans for the first 100 days, however, he was conspicuously silent on his other campaign promise to withdrawing from the North American Free Trade Agreement. Nonetheless, he has been clear about his intention to renegotiate the treaty with Mexico and Canada.

With Trump’s effective demolition of the TPP trade pact, China would happily expand its domain of influence in the Pacific Rim region while American allies and friends inevitably look for a more reliable partner in the neighborhood. As these geopolitical realities set in, will his campaign promises to “Make America Great Again” eventually default to “Making China Great Again” and leave the U.S. a dispensable nation?

The assertive China is taking note that the “declining” America is giving up on its founding trade vision and empowering it with China’s commercial mission through the One Belt, One Road (OBOR) strategy. At Peru’s 21-member Asian Pacific Forum in last November, President Xi Jinping reaffirmed the summit leaders that China would indeed invite the TPP member-nations to join the Beijing-supported Regional Comprehensive Economic Partnership along with the Association of Southeast Asian Nations.

Acknowledging the kiss of death for TPP under the incoming Trump administration, President Barack Obama warned of the detrimental impact on not only the U.S. economy with a protectionist president in the White House, but also American credibility around the world. Cancelling the colossal 12-nation Pacific Rim trade pact and even renegotiating NAFTA is no panacea for America’s domestic social decay, racial tensions and economic problems, which are largely attributed to technological advancements, demographic changes, corporate strategies and taxation structures.

Despite campaign promises, it is likely that Trump’s on-the-job-training may show him that the checks-and-balances in the U.S. government work different from running a private enterprise. The Republican-leaning Wall Street financial companies, American multinational corporations, and the U.S. Chamber of Commerce would certainly challenge his trade and foreign policy positions. In his meeting with Prime Minister Shinzo Abe of Japan, the other leading TPP member, the Trump has already learned about the greater implications for withdrawing from the trade pact.

Nevertheless, President Trump will have greater flexibility in the White House that has traditionally and increasingly been driving American foreign and trade policy. The Trump administration will certainly change course, especially in dealing with China.

Once Congress gets involved in White House initiatives, the president may change his mind once again. With his unyielding desire for personal trumps, a potential renegotiation and rebranding of TPP into a “Trump-Pacific Power” might be possible with bilateral trade agreements with each of 11 other trade partners. He seems to believe that bilaterally negotiated trade pacts will “bring jobs and industry back onto American shores” by using the techniques and insights expounded in his 1987 book, The Art of the Deal.

As the self-professed titan of deal-making, Trump could “Make America Great Again,” by simply embracing the founding vision of Thomas Jefferson for political reasons: “Commerce with all nations, alliance with none, should be our motto. Money, not morality, is the principle commerce of civilized nations. Peace, commerce and honest friendship with all nations; entangling alliances with none.” Acting more like a Jeffersonian Republican, he may trade with everybody, like the Chinese do. After all, Trump has also said, “I love China and the Chinese people.”

His other incendiary rhetoric during the presidential campaign, however, included accusing Beijing of “raping” the U.S. with its trade policies. When he realizes the mutually beneficial trade relationship between China and the U.S. is more complicated than his contradictory comments, Trump will have no choice but to strengthen the evolving Sino-American bond without losing out to the Chinese leadership and its rule-making power in global trade architecture.

In Trump’s mind, the TPP trade deal was “a potential disaster” for the United States. This was not the case for former U.S. Secretary of Defense Ash Carter, who insisted, “Passing TPP is as important to me as another aircraft carrier” to maintain geopolitical supremacy. To advance his putting “America First” agenda in “producing steel, building cars, or curing disease” in “our great homeland,” President Trump must depend on the global supply chain. When the Trump White House begins to deal with other countries, the elephant at the table of every trade negotiation will be China, whose bilateral relations expanded into over 140 countries.

Ignoring China is a mistake. The Sino-American relationship has been mutually beneficial for both countries. The golden era began long before the republic was born in colonial America but it became official with the sailing of the Empress of China from New York to Canton (Guangzhou) in 1794. The Opium Wars and the Taiping Rebellion in China and the American Civil War changed the course of that trade history even though the Chinese immigrants contributed to the building of American railroad civilization in the late nineteenth century.

Yet after all calamities and tragedies in ensuing years and two World Wars and the Vietnam War, Deng Xiaoping returned China to its once-held tradition of trade, investment, and opening-up policy after the death of Chairman Mao Zedong. Later President Bill Clinton’s White House supported China’s membership in the World Trade Organization, after which the two nations fundamentally intertwined in not only trade and economic relations, but also the people-to-people exchange expanded exponentially. Today, more than a quarter-million Chinese students, for instance, spend billions of dollars in American universities and small business ventures thrive on China trade from Indiana to Virginia.

Trump’s proposed 45 percent tariffs and other economic sanctions against America’s banker in Beijing is counterproductive and possibly treacherous. As of September 2016, the U.S. owes China over $1.15 trillion—30 percent of the American Treasury securities. Republican Congressman Randy Forbes correctly calculated that “Each day our nation pays communist China $73.9 million in interest on our debt.” And yet the president thinks that the United States has “tremendous power” over China because the world’s second-largest economy depends on American prosperity.

Given his business acumen as a dealmaker, the Trump presidency is generally viewed as better for China (as opposed to a Hillary Clinton White House) despite his China-bashing one day and China-loving rhetoric the next. Former CIA director James Woolsey under President Clinton, now a top adviser to President-elect Trump, criticized the Obama administration for its decision to not join the Beijing-led Asian Infrastructure Investment Bank that was created to provide funds for President Xi’s One Belt One Road initiative. Ignoring the Obama White House, US allies such as the United Kingdom, Germany, France, Italy and even India signed up with the Beijing bank.

With Wall Street billionaires and millionaires in the cabinet and the growing pressure from his 16-member Wall Street “kitchen cabinet” (also known as the Strategic and Policy Forum) led by Sino-American financier Stephen Schwarzman, the Trump White House could consider joining AIIB. Trump is a pragmatist and a dealmaker, whose objective is winning. Thus, investment opportunities in gigantic OBOR projects are a bonanza for his circles of friends and financiers, including Schwartzman, who endowed the $100 million Schwartzman College at Tsinghua University in Beijing, modeled after the Rhode Scholarship at Oxford University “to promote [mutual] understanding between China and the rest of the world.”

Having financial interests, President-elect Trump has already signaled that he may use a range of alternative leverages to win over the Pacific Rim nations who would otherwise gravitate to China. In addition to meeting with the Japanese prime minister and speaking with President Xi in Beijing, he has made time for strategic if unorthodox phone conservations with leaders of Australia, the Philippines, Pakistan, and a controversial chat with Taiwan’s Tsai Ing-wen.

The Trump White House may use these leaders tactically through bilateral engagements to hedge against China. For some conservative Republicans, the Obama foreign policy towards China—and its assertive behavior in the East and South China Seas, the Korean peninsula, and the cross-Strait relations with Taiwan — was an utter failure like the policies in Afghanistan, Libya, Syria and elsewhere. Unlike Obama’s multilateral approach to these conflicts, the Trump administration may choose a bilateral approach, just like China does in the South China Sea over territorial sovereignty with the Philippines and Vietnam within the nine-dash line.

While signaling these leverage points, the Trump White House is likely to accelerate the on-going U.S.-China Bilateral Investment Treaty simultaneously. With all these unconventional diplomatic maneuverings in progress, the Trump strategy would also force Beijing to give up the support for inefficient state-owned enterprises that the Obama administration failed to address as China celebrated the 15th anniversary of WTO membership in December. Thus, the gaining the “Market Economy Status” of WTO is controversial, especially when SOEs are still in place, but China enjoys the benefit of global commerce and world recognition as a reliable trading partner.

Given all this, the Trump presidency can hardly “Make America Great Again” without making “China Great Again.” Just as President Xi’s One Belt One Road initiative is designed to revive the Chinese nation and Confucian culture, which were once admired by American Founding Fathers as models for the new republic and the U.S. civilization, Trump may want to revisit Sino-American history before facing off with the increasingly assertive China.

The evolving multifaceted bilateral relationship is intrinsically complicated yet mutual prosperity for the U.S. and China is connected largely through trade, investment, and people-to-people exchange. No matter what prospects the Trump White House may have for China and the world, one thing is predictable: The U.S. will and must accept China’s inevitable rise. Under President Trump, will that eventuality make the “Indispensable Nation” a dispensable but “Beautiful Country” (美国) as the Chinese call America?

American DreamChinese DreamChina’s RiseTrump and China Policy
printTweet
You might also like
Back to Top
CHINA US Focus 2018 China-United States Exchange Foundation. All rights reserved. Disclaimer