How Will Mike Pompeo Run the State Department? 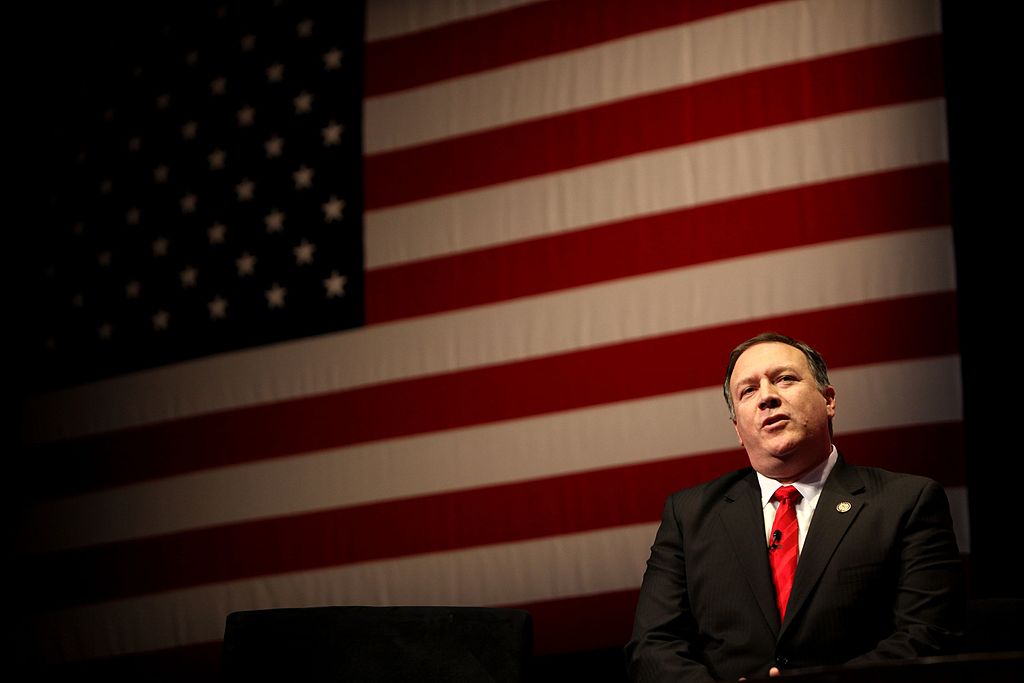 On March 13, U.S. President Donald Trump announced that Rex Tillerson would be replaced as secretary of state by Mike Pompeo, who was then serving as the director of the CIA. While the timing of the announcement seems to have come as a surprise for Mr. Tillerson, his eventual firing seemed all-but-inevitable after a public dispute with Trump in the fall of last year. Tillerson was a rare voice for diplomatic negotiation and moderation in the Trump cabinet, though his alienation from the president and isolation from his own staff limited his ability to influence policy. His replacement by Pompeo, a well-known hawk and hardliner regarding North Korea and Iran, may bode ill for the diplomatic resolution of U.S. disputes with those countries.

Rex Tillerson was an odd choice for secretary of state because of his business background and lack of experience in state policymaking. This made it difficult to assess how he would handle his tenure at the head of the State Department. Indeed, I even expected Tillerson to behave somewhat aggressively towards China, given his previous comments about the South China Sea. However, Tillerson behaved conciliatorily toward China, encouraged the U.S. to negotiate with North Korea, and generally favored a diplomatic rather than a military approach to U.S. foreign policy in Asia. Tillerson’s relationship with Trump was strained by leaks that claimed that Tillerson referred to the president as a “moron,” alongside general differences in temperament. As secretary, Tillerson also struggled to manage his own department, and reportedly lacked a working relationship with other members of the Trump cabinet. All of these factors led analysts to correctly believe that Tillerson would not serve out his full term as secretary of state.

By contrast, Mike Pompeo is a noted hawk who has a relatively close relationship with President Trump. Pompeo started his political career as a Tea Party Republican congressman from Kansas in 2010. While still in Congress, Pompeo worked to undermine the Iran nuclear deal repeatedly. Trump appointed Pompeo as his CIA director at the beginning of his presidential term. With few exceptions, Pompeo has backed many of Trump’s policy preferences, including a more belligerent stance on Iran. In July 2017, he even seemed to endorse a regime change policy regarding North Korea.

The sudden announcement of Tillerson’s departure is yet another sign of the disorder and lack of cohesion within the White House. In the short term, this cannot do anything but underscore the tenuous positions of major policymakers within the Trump administration and may make it difficult for countries like China to negotiate confidently with the appointed representatives of the U.S. government. However, Trump’s lack of faith in Tillerson seems to have been common knowledge internationally for some time now, and Pompeo’s relationship to the president is much closer. If Pompeo manages to avoid scandal or being fired, this relationship may make him a more credible negotiating partner for foreign powers over the long term.

Another point of interest in this transition is Gina Haspel, Trump’s choice to replace Pompeo as director of the CIA. Haspel oversaw part of the CIA’s torture program at a black site in Thailand during the Bush administration. In 2005, Haspel allegedly ordered the destruction of video evidence documenting torture practices at that black site. Haspel’s appointment may signal a return to those widely-maligned and illegal methods, or it may simply be a continuation of business as usual.

It remains to be seen how Mike Pompeo’s new role as secretary of state will impact U.S.-China relations and U.S. foreign policy more broadly. Regarding China, Pompeo is likely to offer more of the same mixed approach that has thus far characterized the Trump administration’s policy. On the one hand, Pompeo has endorsed the notion that China is an economic threat to the United States due to concerns like intellectual property theft. This suggests that Pompeo will support some of the economic protectionist measures favored by the Trump White House, including the recent tariffs placed on steel and aluminum imports and the rash of mergers and acquisitions blocked by the CFIUS. On the other hand, Pompeo has spoken positively of Xi Jinping, particularly with reference to China’s role in helping to place pressure on North Korea. As stated, this tenor is consistent with President Trump’s approach to U.S.-China relations so far, and Pompeo does not seem likely to contradict Trump’s wishes so long as the Trump-Xi relationship remains stable.

On a broader note, however, Pompeo’s new position suggests an even freer rein for the priorities of the Pentagon and the CIA over those of career diplomats at the State Department. Trump has already allowed military and intelligence officials to pursue their priorities with a large degree of independence, including escalation in Syria, increased nuclear spending, and clandestine confrontation with Iran throughout the Middle East. Pompeo is not very likely to oppose the initiatives of his former colleagues at the CIA. In his parting press conference, Tillerson stated that the military and State Department now have a close working relationship, though both agree that the U.S.’s first tool is diplomacy rather than military force. However, it seems unlikely that the continued replacement of civilian diplomatic leadership with figures from the military and intelligence services will strengthen the role of diplomacy in the long run.

As stated above, Pompeo is likely to support a more confrontational relationship with Iran and the end of U.S. support for the Iran nuclear deal. His current line on North Korea remains to be seen. Tillerson was derided for endorsing negotiations with North Korea, before negotiations became the president’s policy. Pompeo may not oppose negotiations outright now, but in future, he may act as a more confrontational voice on foreign policy issues in place of Tillerson’s. Finally, it seems possible that revoking the Iran nuclear deal, even as Trump pursues a new deal with North Korea, could lessen North Korean confidence in the U.S.’s ability to stick to its agreements.

Whatever the case, Tillerson’s removal has thinned the ranks of the ‘moderates’ in the Trump White House. While Pompeo will hopefully not pursue a more aggressive policy toward China, he certainly has the capacity to do plenty of damage elsewhere. This is certainly cause for concern, though perhaps no more than any of the dozens of other dubious decisions made by the Trump administration in little over a year in office.

Trump and China PolicyTrump AdministrationUS Foreign Policy
printTweet
You might also like
Back to Top
CHINA US Focus 2018 China-United States Exchange Foundation. All rights reserved. Disclaimer