Between Complacency and Hysteria 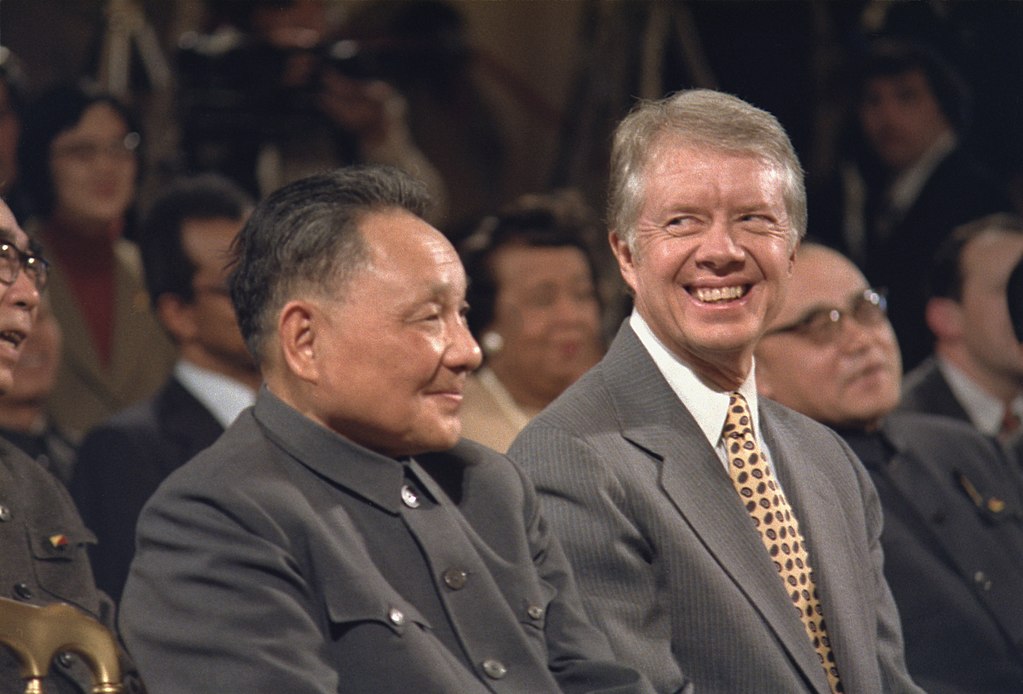 It is ironic that we are marking the 40th anniversary of US-China diplomatic relations with a tariff war. Some blame this on the idiosyncrasies of President Trump, but tensions would be present no matter who had won the 2016 election. Many Americans feel that China has not behaved fairly as a market economy in an open trading system, and many are disillusioned by Xi Jinping’s departure from Deng Xiaoping’s cautious policies at home and abroad. Lurking in the background is a growing fear that the rise of China will spell the end of the American era.

History is replete with cases of misperception about changing power balances. For example, when Nixon visited China in 1972, he wanted to balance what he saw as growing Soviet power. But he also interpreted growing Soviet power as a decline in American power, rather than what was actually a “return to normal” from America’s artificially high share of world product after World War II. He proclaimed multipolarity, but what actually transpired was that the eventual collapse of the Soviet Union led to America’s unipolar moment at the end of the century.

Today, it is equally dangerous to over or under estimate Chinese power, and Washington has groups with economic and political incentives to do each. Measured in dollars, China is about two-thirds the size of the American economy. Many economists expect China to surpass the US as the world’s largest economy, but the estimated date varies from 2030 to mid-century depending on what one assumes about the rates of Chinese and American growth. Bill Clinton’s Treasury Secretary Lawrence Summers poses the key future foreign policy question: “Can the United States imagine a viable global economic system in 2050 in which its economy is half the size of the world’s largest? Could a political leader acknowledge that reality in a way that permits negotiations over what such a world would look like?”

Thucydides famously attributed the Peloponnesian war to two causes: the rise of a new power, and the fear that creates in an established power. Most people focus on the first half of his statement, but the second is equally important. The US can avoid exaggerated fears that could create a new cold or hot war. Even if China some day passes the US in total economic size, that is not the only measure of geopolitical power. China ranks well behind the US in soft power indices, and US military expenditure is four times that of China. While Chinese military capabilities have been increasing in recent years, analysts who look carefully at the military balance conclude that China will not be able to exclude the United States from the Western Pacific.

On the other hand, the US was once the world’s largest trading nation and its largest bilateral lender. Today, nearly 100 countries count China as their largest trading partner, compared to 57 that have such a relationship with the US. China plans to lend more than $1tn for infrastructure projects with its “Belt and Road Initiative” over the next decade, while the US is cutting back aid. China will gain economic power from the sheer size of its market as well as its overseas investments and development assistance. Overall, Chinese power relative to the US is likely to increase.

Nonetheless, the US will retain some long-term power advantages that are likely to persist regardless of the current actions of China or the Trump Administration. One is geography. The US is surrounded by oceans and neighbors that are likely to remain friendly. China has borders with 14 countries and has territorial disputes with India, Japan, and Vietnam that set limits on its soft power. Energy is another American advantage. A decade ago, the US seemed hopelessly dependent on imported energy. Now the shale revolution has transformed North America from an energy importer to exporter at the same time that China is becoming more dependent on energy imports from the Middle East and transport through the Indian Ocean.

The US also has demographic advantages. It is the only major developed country that is currently projected to hold its place (third) in the demographic ranking of countries. While the rate of American population growth has slowed in recent years, it is not shrinking in population as will happen to Russia, Europe, and Japan. China will soon lose its first-place population rank to India, and its working age population will decline in the coming decade. America also remains at the forefront in the development of key technologies (bio, nano, information) that are central to this century’s economic growth, and American research universities dominate higher education. China is investing heavily in R&D, and competes well in some fields now, but those who proclaim Pax Sinica and the end of the American era fail to consider the full range of power resources.

American complacency is always a danger, but so too is lack of confidence and exaggerated fears that lead to over-reaction. The United States holds good cards, but hysteria could prevent the US from playing them skillfully. Discarding our alliances and international institutions is a case in point. Some praise the Trump Administration’s trade war with China as the first bold step to check China’s predatory practices, but they do not explain why this was accompanied with tariffs on our allies.

The Trump Administration has labelled China a revisionist power, but unlike Hitler’s Germany or Stalin’s Soviet Union, China is not an existential threat to us. “Xi Jinping thought” is not about to sweep the world. China is not interested in kicking over the card table, but rather in claiming a larger share of the winnings. We are not involved in a new Cold War like the one that existed when Jimmy Carter recognized China forty years ago. As we look ahead forty years and Chinese power grows, the American “liberal international order” will have to adapt. We will be involved in a “cooperative rivalry” with China and should not lose sight of either part of that description.