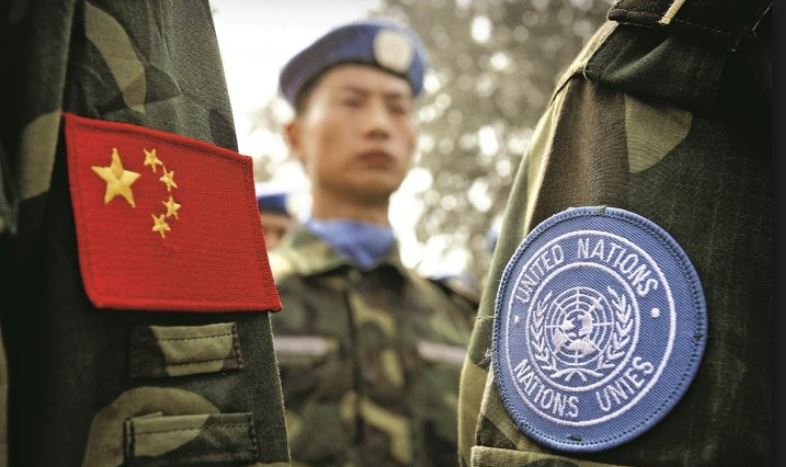 On September 11, the 71st UN General Assembly adopted a resolution on global economic governance, challenging the international community to improve global economic governance, enhance the roles of the UN based on the principle of consultation, cooperation and sharing. The resolution also calls for the UN to continue to play a central role in developing consensus policies in coping with global challenges and build a human community of shared destiny in the spirit of win-win cooperation. Another Chinese concept has thus become an international consensus, which will be of far-reaching significance.

After the 18th Communist Party of China National Congress, the party leadership, with Xi Jinping at its core, has actively pressed ahead with innovation in diplomacy, put forward new ideas, new thinking and new strategies in a systematic manner. As a result, Xi’s diplomatic philosophy was formulated, giving new life to the diplomatic philosophy and global strategies of New China, providing strong theoretical support and practical guidance for promoting Chinese ideas in multilateral institutions and on the global stage.

As the core platform of global governance, the UN is the most authoritative and representative inter-government international organization. It plays an irreplaceable role in preserving world peace, promoting common development, and facilitating international cooperation. In September 2015, President Xi participated in the UN summit meetings commemorating the institution’s 70th anniversary, and expounded on Chinese proposals for promoting win-win cooperation in the international community, building partnerships and a human community of shared destiny. In January 2017, Xi further elaborated Chinese positions on jointly building a human community of shared destiny, via his speeches at the World Economic Forum and the UN headquarters in Geneva. Xi’s important statements concerning the shared future of the international community have pointed out a strategic direction for global governance.

China has also been deepening its cooperation the UN on building “Belt and Road” and implementing the 2030 agenda for sustainable development. On September 22, the Chinese Foreign Ministry and the UN Department of Economic and Social Affairs signed a memorandum of understanding, pledging to collaborate to help developing countries involved in the “Belt & Road” initiative build capacities. The MOU also aims to facilitate the “B&R” and the 2030 agenda.

The Chinese ideas are highly aligned with the UN Charter, indicative of the common interests of the countries around the world and global trends, thus resonated throughout the world. The appeal of Chinese ideas will help such multilateral institutions as the UN to play a bigger role in promoting world peace and development.

As the world experiences great changes, the UN faces the arduous task and precious opportunities for promoting global governance and fulfilling its historical missions. As the largest developing country and a UNSC permanent member, China will continue working with the rest of the international community to actively promote the reform of the global governance regime, make it better adapt to changing conditions, and equally serve all countries based on the principle of consultation, cooperation and sharing.