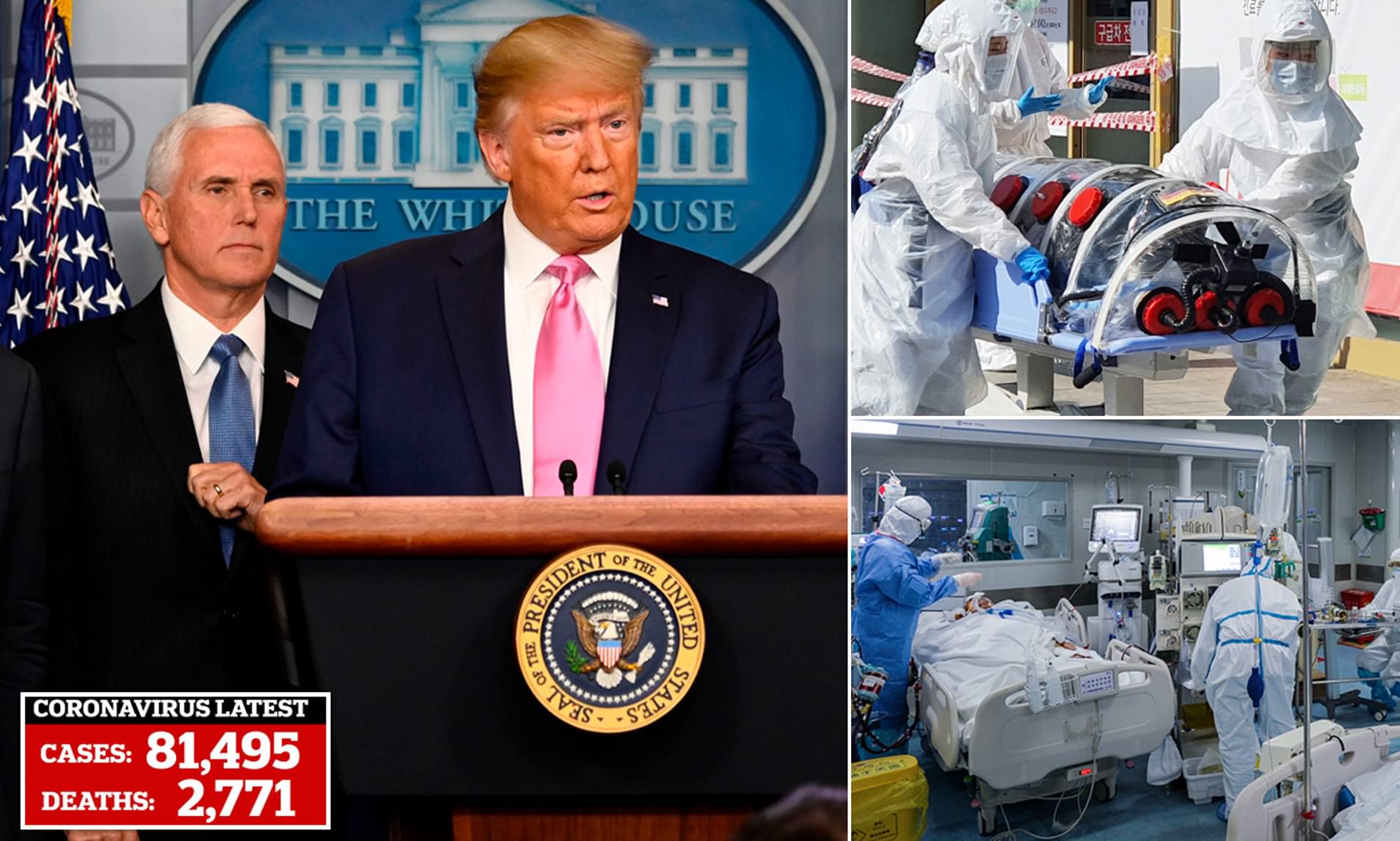 The increasingly rapid spread of the disease caused by the new coronavirus, officially designated as COVID-19, is upending economic forecasts. Any detailed prognosis of the future of US-China economic relations must thus be treated with caution. COVID-19 could easily derail established trends and patterns, especially if it spreads across the globe causing a pandemic.

This prospect has risen steeply, as new clusters of cases have popped up in South Korea, Italy, and Iran. Most worrisome is the case of Iran, since a lack of transparency there could enable the spread of the virus throughout poorer and more troubled areas of the Middle East, especially Yemen, Iraq, Syria, and Afghanistan. The following is therefore meant to provide a preliminary analysis, stepping back and attempting to view recent developments from a certain distance.

Three major aspects of COVID-19 can be discerned. First, the impact of the virus on the global economy will be more severe and prolonged than that of the SARS crisis in 2003, as well as other recent outbreaks, such as Ebola and MERS. Second, the spreading epidemic is likely to inject much needed flexibility into US-China trade relations, especially the implementation of the Phase One Trade Deal. Finally, the emergence of this economic shock at a crucial juncture in the American election cycle could aid in lowering tensions in other areas of US-China relations, especially the technology war.

Most pointedly, China is the biggest trading nation on earth, tightly integrated into global value chains ranging from electronics to cars and biopharmaceuticals. As such, economic shockwaves caused by the virus outbreak in China are rippling across the globe, generating various shortages of materials and industrial inputs. Now that both South Korea and Japan face localized outbreaks, this situation is bound to get worse.

The effects have now gone beyond the manufacturing sector, where China’s gradual return to work is actually improving things. Fears have gripped consumer and financial markets. World equities have seen several days of big drops, while global credit markets are freezing up. In the week of February 26, 2020, the US$2.6 trillion international bond market came to a virtual standstill as coronavirus fear spread through boardrooms.

Equity and credit markets could soon recover and return to normal, but it is truly a coin toss as to what will happen next, dependent on the extent of COVID-19’s spread. If key parts of Europe and North America become infected, most bets are off. What can be said for sure at this point is that given the nature of COVID-19 (long incubation times and mildly sick people spreading it), the epidemic will have a substantial effect on the global economy.

Out of this emerges a small silver lining. Worries existed ever since the signing of the US-China Phase One Trade Deal that Beijing could not meet its obligations. China’s commitment to increase imports from the US by 200 billion per year in 2020 and 2021 would be difficult to reach even in a good year. But with COVID-19 putting a dampener on Chinese consumption and the length of its spread still uncertain, flexibility will be needed.

Important elements of the Trade Deal are being implemented despite the considerable disruption. Beijing has taken various measures to meet its obligations, such as loosening import restrictions on American food imports ranging from potatoes to seafood and beef. The US Trade Representative, Robert Lighthizer, sees these moves as creating “positive results.” But China has yet to make large scale purchases, and the longer the crisis lasts, the greater China’s inability to meet its commitments.

White House officials have up until very recently behaved as if the epidemic would have little effect on the deal, but given the continued shut down of considerable parts of the Chinese economy and the increasing potential of a global pandemic, it is likely that both sides will look for flexible ways to implement the deal, especially the stipulation of large Chinese purchases of US goods.

This flexibility and continued willingness to talk bodes well for the remainder of 2020: no new escalation of the trade war. Perhaps with some luck, increased understanding on both sides of the considerable economic challenge faced by the globe due to COVID-19 can create much needed goodwill in US-China economic relations.

This positive momentum is likely to be strengthened by a third factor: the US election cycle. The closer we get to November 2020, the more likely Trump will emphasize the continued strength of the US economy. With COVID-19 putting a proverbial monkey wrench in his reelection strategy, Trump will be looking to keep the economy going at virtually any cost.

This bodes well for parts of the US-China economic relationship not addressed by the trade deal, especially the technology war. There has been a raging debate within (and outside) of the Trump administration regarding how to confront Chinese advances in technology, especially Huawei’s role in 5G infrastructure.

Some have advocated a rapid “decoupling” of the two largest economies on earth, especially the severing of integrated technology supply chains, including banning Huawei and other Chinese tech companies from access to key American technologies (such as certain chips, testing equipment, software, etc.).

Others see “decoupling” as too extreme, arguing that globalization has created deep ties that can only be cut by incurring exorbitant costs. In fact, disintegration of established technology partnerships could create unintended consequences that present inherent risks to American power and innovation.

As the Presidential election of 2020 nears, Trump seems to clearly side with those advocating a continued technology relationship with China. On February 18 he went as far as calling some of the proposals for decoupling being circulated in Washington "ridiculous." “I want to make it EASY to do business with the United States, not difficult. Everyone in my Administration is being so instructed, with no excuses..."

The economic and financial impact of COVID-19 remains uncertain at this point, but it is likely to become larger and more palpable during March. Trump will not want to do anything to upset the American economy under these circumstances, especially since even in the most optimistic scenarios it will take time for both global supply chains and demand to recover. Economic relations with China are thus likely to find a much needed period of calm. A very minor silver lining in an otherwise truly scary predicament for global society.

COVID-19Global GovernanceSecurity CooperationGlobalization
printTweet
You might also like
Back to Top
CHINA US Focus 2021 China-United States Exchange Foundation. All rights reserved.