Decoupling and the New Globalization 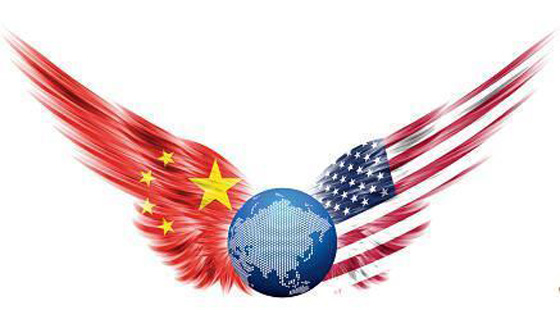 With the administration of United States President Donald Trump fixated on China as a “major strategic competitor,” the U.S. strategy of “decoupling” from China is very much in vogue in American politics.

The ongoing trade and tech war permeates all aspects of the multifaceted relationship between the two countries, creating — alarmingly — even more uncertainty and unpredictability in the world’s most important bilateral relationship for the foreseeable future.

Will the American decoupling strategy work? That is a difficult question, and it’s too early to give a definitive answer.

On Nov. 21, former U.S. Treasury Secretary Henry Paulson said in Beijing that he believed “comprehensive decoupling is very dangerous” for the U.S. and the global tech system, though he indicated that “decoupling of the free flow of goods between the U.S. and China will continue.” He expressed hope that the flow of capital and technology would not be affected.

The sinking feeling of running into a “gray rhino” was soon shared by many in the U.S. and elsewhere in the world.

Over the last four decades, China and the U.S., through globalization and tremendous efforts on both sides, have weaved a highly interdependent and interconnected economic network that is by no means easy to tear apart overnight — not to mention that China is now the largest trading partner of around 130 countries and regions. The bilateral network has been intertwined with a much larger global network of trade, investment and economic cooperation that links upstream and downstream throughout the whole global supply chain.

Take key chips for example. The U.S. produces an overwhelming amount of key chips, of which China takes more than 50 percent for the production of modern electronic goods, both for domestic consumption and export. When counting the chips used by Apple for sales of its devices in China, that number goes up to 60 percent. The pattern of interdependence in this important sector could apply in other sectors, too, making decoupling a “sharp knife cutting both ways.”

It is a great pity that despite the increasing interdependence of the two economies, those hard-headed advocates in the U.S. for decoupling the two economies, driven by geopolitical anxiety and zero-sum logic, are leaving no stones unturned in translating the idea into reality, even though common sense tells us that it will not only hurt both China and the U.S. but also pull the world economy further into a downward spiral.

China has embraced globalization and the current global governance system. It will certainly carry on, no matter what obstacles might appear along the path. While China does not want a trade war with the U.S., it has no fear of one. As for decoupling, China has the same stance. Moreover it believes that wholesale decoupling is impossible unless globalization is totally ditched. Hopefully the world won’t fall to such a pathetic condition.

Why does China have such confidence in globalization and a determination to carry on with it under the current global governance architecture, even standing ready to play a leading role when necessary, with or without decoupling? Let’s have a look at what happens on the ground.

Global governance is currently in tatters, as major power relationships nosedive into strategic competition, driven by geopolitical entanglements that undermine the consensus necessary to uphold the system. One thing that stands out among many examples of hubris in global governance is the fact that the U.S., as the leading power, has turned itself against globalization and the rules-based system by withdrawing from institutions it believes do not serve “America first.”

The American isolationism and narrow-minded nationalism is demonstrated in one important case by the U.S. withdrawal from the Paris agreement on climate change, a global climate regime concluded in Paris at the end of 2015. That came after a more than a decade of arduous and painstaking negotiations in which China and the U.S. had been actively involved and played leadership roles.

What we are witnessing today is the decreasing political will by the U.S. and some other countries to provide the global commons necessary for the proper functioning of the architecture of global governance.

In the last 70 years since the founding of the People’s Republic of China, the country’s approach to global governance as it has grown to be a major power on the world stage has gone through a transformation — from being somewhat passive in the past, with selective engagement, to broad, wide, deep and proactive participation. China has been a signatory state to almost all international treaties and regimes, including nuclear non-proliferation and global climate, and has joined most international organizations, both governmental and non-governmental.

Why is China so motivated, not only to take part in but also to actively promote global governance, such as the global climate regime?

First, China believes firmly, based on its international engagements, that global affairs should be run under democratic principles whereby all countries have a voice and ownership in making decisions that affect all. It should not be monopolized by one or two countries or a small group of countries, such as the G7. The management of the 2008 financial crisis by the G20 instead of the G7 or “G7 plus” is a good example.

Third, China sees itself as a major power in today’s world, and it carries corresponding responsibility to the international community to which it belongs. Hence President Xi Jinping’s proposal to build together with other countries a community with a shared future and common destiny. China also proposed the Belt and Road Initiative and some other new ideas and programs to promote world economic cooperation and improve the lot of developing countries. The 2016 G20 summit in Hangzhou, China, made great strides in putting development and infrastructure on the G20 agenda.

Fourth, China, by reviewing past painful lessons in world financial and economic crises, believes that it is imperative in today’s highly interconnected world economy to have regular, in-depth macro policy coordination of economies, especially the major economies with regard to their individual monetary and fiscal policies. Their policies can have enormous spillover effects around the world. For instance, the U.S. dollar’s exchange rates and the U.S. Federal Reserve’s decisions on U.S. bond rates have had such an impact on world capital movement that every country watches it closely. All financial institutions, including central banks and “too-big-to-fail” commercial banks, are doing the same thing.

The world should continue to engage the U.S., as China has been trying to do with great determination in urging it to come to its senses and acknowledge that the existing governance system serves its national interests.

Bilaterally China will not go along with decoupling but instead will increase its efforts to involve more deeply the U.S. political and business communities. The recently announced decision to widen China’s financial market provides testimony to the country’s commitment to reform and opening-up.

In this connection, China and other major powers, the UN system and regional organizations such as the EU, AU, ASEAN, ECWAS and other must all play roles as defenders and promoters, as well as reformers, of the global governance system.

Going forward, China is expected to play an ever-bigger role in global policy coordination and economic governance. It is also prepared to continue on a proactive path and over the years has proposed many ideas and programs, including the BRI, AIIB and New Development Bank to supplement and complement the current governance system as its deficiencies become obvious.

China’s role and its effectiveness will also depend upon major power cooperation and concerted efforts to improve and reform the present system. We should not be too pessimistic, even though the prospect of well-coordinated global governance is rather dim, as geopolitical competition raises its ugly head.

GlobalizationGlobal GovernanceDecoupling
printTweet
You might also like
Back to Top
CHINA US Focus 2022 China-United States Exchange Foundation. All rights reserved.