Does a Fragmented Europe Benefit China?

For many years, the United Kingdom acted like China’s poodle inside the European Union. In a desperate attempt to turn the City of London into China’s preferred financial hub, the British government went all out to please the Chinese leadership: from deploying the royal family as a chaperone whenever a Chinese president paid a visit to lobbying relentlessly in Brussels for a favourable trade policy. Unsurprisingly, the United Kingdom was one of the main supporters of a EU-China free trade agreement, the Chinese-led Asia Infrastructure Investment Bank and granting China Market Economy Status – even if that all upset the United States. 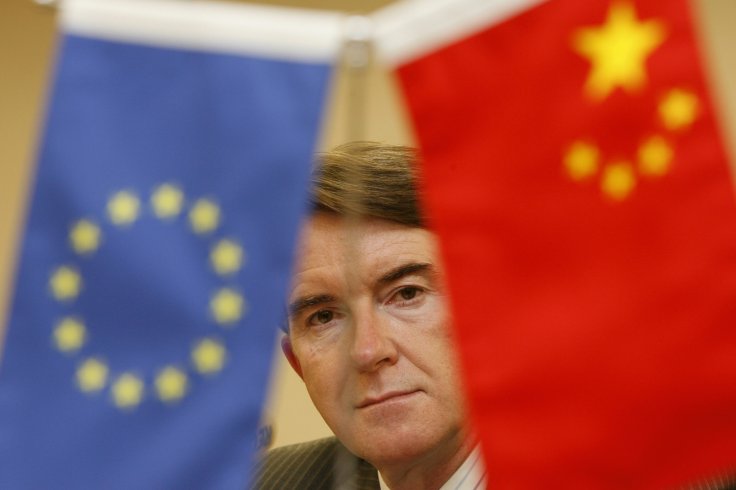 Will China move closer to the European Union when its closest ally quits the bloc? (Reuters)

The relationship between China and the United Kingdom was close, especially in economic terms. This spring, London became the second-largest offshore Renminbi clearing centre, leaving Paris and Frankfurt far behind. The UK became the largest destination for Chinese foreign direct investment in Europe, with most of the capital being sunk into the real estate market and port handling. A landmark project was China’s participation in the Hinkley Nuclear Power Plant, owning one third of the US$30 billion project. It was the first time in Europe that Chinese companies became involved in such a strategic sector.

If a Brexit becomes a reality, the UK will not longer be a Chinese pawn in European decision making. Luckily for China, it will not have to search long to find a new preferred partner. Germany remains very keen on close relations, and China has successfully aroused excitement among the East European member states for closer cooperation. In fact, the whole European Union remains so fragmented, that China can rather effortlessly play to its internal divisions. China’s main challengers are, in fact, the European institutions: the European Parliament and the European Commission.

Whereas member states’ governments are more fixated on short-term gains, ranging from photo opportunities with a Chinese leader to Chinese credit, the European Commission inevitably has to look at the broader picture. That picture is not bright. Despite over a decade of Chinese promises that it would address the trade deficit, European exports to China are still about 100 billion Euros less than what it imports. European industries also face much fiercer competition from Chinese companies in third markets. Moreover, the leadership of the European Commission rightfully calculates that public support for European integration will drop even lower if populist politicians criticize it for squandering jobs and selling out European interests to China.

This also goes for the European Parliament. The beauty of the Parliament is that alliances can be cemented across different political groups and national fault lines. This also allows the Parliament to transcend the short-termism of national government leaders. Its resistance to granting China Market Economy Status (MES) and a critical resolution voted earlier this spring are a case in point. The Parliament’s assertiveness truly caught the Chinese by surprise. It has also commissioned further research to assess the impact of China’s industrial policies on European trade and such reports will certainly affect the course of the debate in the future.

Much of the EU’s relations with China look a like good-cop-bad-cop, with member states playing it nice and Brussels often being a little bit more rigid, certainly when it comes to trade. Brexit is not going to affect that situation in the short term. In the middle-long term, it remains to be seen whether the growing frustration about alleged unfair competition from China will affect Germany’s position. Pressure from German industries on Berlin to pursue a tougher policy on China is mounting. If Germany shifts, it is not unlikely that France and Italy, countries with more mercantilist tendencies, will follow. In such a situation, China will certainly miss the UK and the opportunity to balance Europe’s more skeptical industrial sector against the pro–Chinese financial services. But that will thus in the first place depend on what other large member states will do.

With or without the UK, Europe remains at a juncture. There is a chance that its internal uncertainty and economic problems lead to a much more assertive trade policy, especially if the nationalist parties pressure national governments to defend jobs and if the national governments give the Commission and the Parliament more leeway in crafting and implementing such policy. The discussion about the Market Economy Status, which is expected to conclude this fall, will be a litmus test. China will certainly not get the MES as easily as expected. A bitter Chinese response and eventual countermeasures could lead to entrenchment on both sides, with China’s retaliation eventually bringing the member states closer together.

But it is also possible that the fragmentation of the EU accelerates and that it becomes even more difficult to concoct a coherent policy towards China. A fragmented Europe will strengthen China’s position, certainly now that relations with Russia are smooth and ties with the United States are, as the Chinese say, manageable. Europe’s demise could precipitate a geopolitical transformation of the Eurasian continent, in which China, for all its difficulties, gains far more power than the others, consolidating its influence from the heart of the continent, while the Eurasian peripheries encompassing the Middle East, South Asia and Southeast Asia, crumbles.

That could herald an epic shift in the global balance of power. The future of the European Union can thus not be addressed without taking into consideration that other major political struggle: the struggle for influence over the Eurasian continent. For now, China has the winning hand.