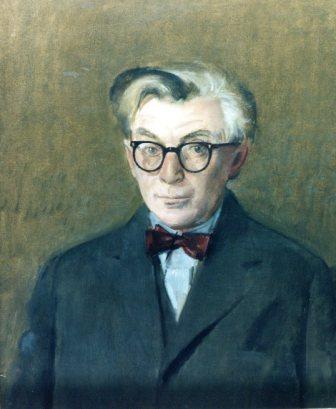 As new headlines emphasize daily, 2018 is proving to be a tense and complex year for relations between the world’s two great powers, the U.S. and China. Because so many variables are shifting in an unstable state, predicting how events will unfold is essentially a guessing game. Rather than playing this game, we should redirect our attention to five enduring lessons of history developed by the British historian Sir Herbert Butterfield in 1953, the heyday of the Cold War.

Butterfield, who was Regius professor of modern history and Vice-Chancellor of the University of Cambridge in the 1960s, was one of the great thinkers of the twentieth century. His ideas pre-empted later developments in both the philosophy of science and International Relations (IR) theory, including the idea of scientific paradigms and the security dilemma, the most basic idea of modern IR.

Butterfield’s comments on diplomacy and coexistence during the Cold War are also of note, but remain obscure outside small circles of scholars today. This article looks at Butterfield’s 1953 book, Christianity, Diplomacy, and War and suggests five themes deserving of our attention. These lessons remind us of the fragility of international order, the incalculable consequences of war, and the temptations of power. As both American and Chinese diplomats negotiate the intricacies of today’s questions, they would do well to keep these lessons in mind.

1. We Often Get from History What We Put into It.

Disagreements over the interpretation of history have for many years defined Sino-Japanese relations, and both sides—to varying extents—have weaponized history as a tool to generate national cohesion: China most notably since the 1990s in its patriotic education campaign, and Japan most famously in Prime Minister Abe’s refusal to own up to Japanese aggression in the era preceding World War II. “What a man gets out of history depends only too often upon what he first puts into it,” Butterfield wrote in 1953. This remains true. If relations between Japan and China are going to continue to warm, leaders on both sides will have to refrain from imposing nationalism on their reading of history. The same can be said for the U.S. and China, particularly with respect to recent economic history. A nationalist reading brands China a “thief” of American jobs while more objective historical inquiry points to stages of economic development, the realities of globalization, and the inadequacy of America’s domestic policies. The first rule of history ought to be this: don’t abuse it. In an age of growing nationalism, this may, however, be asking too much.

2. International Order Is a Fragile Edifice

“A genuine international order,” Butterfield wrote, requires “the maintenance of certain delicate conditions.” In an age for which the horrors of the twentieth century are fading, this may be the single most important lesson. Coexisting with others with whom you have fundamental disagreements is not the natural state of mankind. This is why history is littered with wars, genocides, and inquisitions. Maintaining an order that restrains these human tendencies is hard, but for Butterfield it was the one essential purpose of the state, requiring “not merely good intentions, but the artifice of contriving minds.” For relations between states, such contrivances include the balance of power, the elevation of diplomacy, a proper view of the profound costs of war, the restraint of self-righteousness, the rejection of the quest for total security, the toleration of ideological disagreement, and a deep suspicion of power. Peace doesn’t just happen: it’s constructed, and it takes immense effort to get out of ‘the jungle.’

3. The Consequences of War: Worse Than You’d Think

As a result of the First World War, the world was introduced to three developments that would stain the history of the twentieth century: total warfare, revolution, and ‘modern barbarism.’ In 1914, statesmen weighed the costs of peace against their estimates of the cost of war, and decided peace was costlier. Objectively, they were wrong: the statesmen widely overestimated the costs of peace and underestimated the costs of war. Russia could have tolerated a recovery of Austrian prestige in the Balkans; Britain, which was primarily an imperial power at the time, could have tolerated a new balance of power on the continent; and America (which would enter the war in 1917) wasn’t impacted one way or another. The consequences of the First World War—for which the war was the sine qua non—included the Russian Revolution, the Second World War, and the Cold War, including such ‘incidents’ as the Korean and Vietnam Wars. These horrors were the children of the First World War, and more immediately, the statesmen who triggered it. “Beneath all our civilizations the volcano rumbles in its sleep,” Butterfield warns. Any political leader who is considering risking war has an obligation to remember, and fear, awakening this volcano.

4. War Results from a Failure of Imagination

Many wars are a result of “a gulf which human imagination has failed to bridge.” One of Butterfield’s most profound insights is that most wars are not the result of mere aggression. Instead, mutual fear eggs on each side, resulting in a conflict in which both sides feel subjectively justified. It is precisely such situations that are the most dangerous, because when morality is joined with power, obstinacy is the typical result. Imagination is therefore required to put yourself into the head of your opponent, seek to understand his perspective, feel his fear, and maneuver both sides away from a clash of arms. What makes doing this so difficult is that there are “processes in history which lie deeper than the wills of men.” Wars are often the result of “deadlocks and terrible dilemmas.” If these are to be overcome, statesmen cannot focus obsessively on one crime or another. Instead, they must imagine creative ways to ‘mediate estrangement’ (in the phase of contemporary scholar James Der Derion), which is in fact the very essence of diplomacy.

When a state is in such a position that “it can act with impunity,” it is likely to be corrupted, even if in the past it has been virtuous, Butterfield tells us. Indeed, “aggression” almost proportions “itself mathematically to the degree of predominance” a state holds. America, in its illegal, immoral, and catastrophic invasion of Iraq, certainly illustrated this principle. But there is a movement within China today that argues that a Chinese superpower might in fact be different—might be uniquely virtuous. In 2014, President Xi Jinping asserted that "in Chinese blood, there is no DNA for aggression or hegemony," a sentiment also echoed by Premier Li Keqiang shortly afterwards. If Butterfield is right—and the history of the world indicates he is—this claim can only be sustained so long as China’s “degree of predominance” remains low, that is, so long as the conditions in which China’s unique virtue could be tested remain inoperative. It is better for the world that we not deceive ourselves: power corrupts, and for states-systems to flourish, it’s best that no one power—be it America or China or anyone else—is so dominant that it cannot be constrained by others.

International politics is an industry: for the media, for academics, and indeed, for politicians. This can distract from the reality that it concerns the most fundamental question states face: keeping the peace. The deluge of headlines, the quick pace of events, the drama of international negotiations, and the explosion of academic books and articles all have the potential to divert statesmen from the basic truths of international politics. But if the contemporary international order is to be preserved, we’d best recognize that it is a fragile creation and seek to sustain it. Following Butterfield, I have suggested some ways for statesmen to do this: don’t abuse history, recognize the tremendous costs of major war, cultivate imagination, and be suspicious of any predominant power. And above all, remember that the peace that sustains the international order is the very thing that allows all the other “normal” aspects of existence we so value.