Has the United States Withdrawn from Africa? 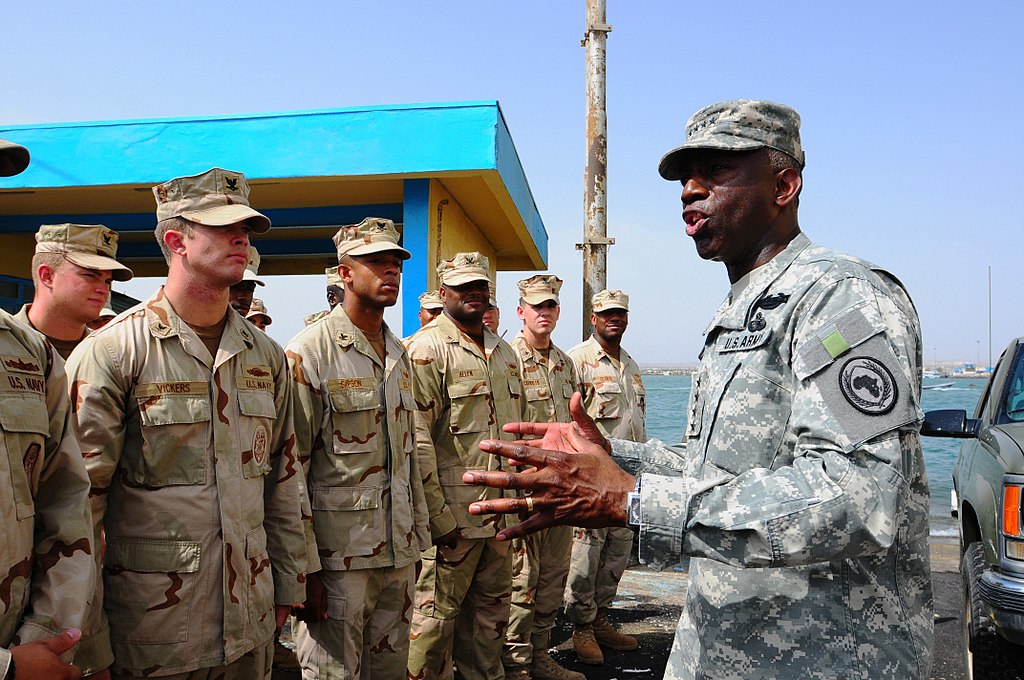 Recently, the U.S. Department of Defense announced that it will adjust its military deployment in Africa to combat extremist organizations and support other priorities mentioned in the National Defense Strategy report published in January 2018. The Pentagon says that about 7,200 U.S. troops are currently under the command of the Africa Command, and the military plans to reduce the number of troops by as much as 10% in the next few years. Newly released documents such as the National Security Strategy and the National Defense Strategy reports have made clear that the current strategic focus of the United States is to deal with great power competition and that counterterrorism is going to take a back seat. On December 13, U.S. National Security Affairs Advisor John Bolton announced the U.S.’ new strategy for Africa, in which he laid out three priorities for the United States in Africa, consistent with the country’s global strategic priorities.

Second, he said, the U.S. should respond to the continuing threat from radical Islamic terrorism and other violent conflicts across Africa.

Third, he said, the U.S. should ensure that all U.S. assistance dollars sent to Africa are used effectively.

From the strategic documents released by the U.S. government, we can see that security issues and counterterrorism remain one of the priorities for the Trump administration’s Africa strategy, but it has the distinctive features of avoiding direct involvement and relying more on partners. Since 9/11, Africa has gradually become an emerging battlefield for the United States and the U.S. military remains involved in various ways. U.S. foreign policy toward Africa is even showing signs of militarization, with a light focus on economics and a strong focus on security. This trend is not going to change fundamentally in the short to medium term. Under this general trend, the Trump administration is pursuing an “America First” foreign policy, with a focus firmly on real interests. In the face of the violence in Africa, the current U.S. response is mainly to support partnerships and avoid recurrence of incidents like the death of four U.S. soldiers in Niger in October 2017. The so-called partnerships, as described in the Trump administration’s National Defense Strategy report, focus on working with and through local partners and the European Union to defeat terrorists; and to support African countries in building the capability required to counter violent extremism, human trafficking, trans-national criminal activity, and illegal arms deals. This is also reflected in the U.S.-Africa strategy announced by Bolton in December, which is based on the G5 Sahel Joint Force, comprised of Mauritania, Niger, Chad, Burkina Faso, and Mali. This indicates that the United States will focus on supporting African countries through building regional capability rather than strengthening UN peacekeeping operations.

The move to withdraw U.S. troops in Africa is mainly aimed at the shift away from counterterrorism and the adjustment of its strategy and does not mean that the United States has left Africa. On the contrary, the United States is quietly strengthening its military presence in Africa in response to great power competition there. The United States is aware that competition from China and Russia in Africa is fierce. In recent years, Russia has returned to Africa through arms sales, dispatching military advisors, and becoming deeply involved in African countries such as the Central African Republic. China’s influence in Africa has expanded rapidly and it has become a wolf in the eyes of U.S. politicians. The Trump administration has emphasized great power competition and balancing China’s influence in Africa has become an important goal of U.S. policy.

For some time, some people in the international strategic community have argued that Africa is the weakest link in the U.S. global order, and that China is likely to take a strategic lead there. From the perspective of economic influence, China has considerable advantages over the United States. However, from the perspective of military and security influence, the United States and its Western allies have never relaxed their control over Africa and still have more influence than China. Recently, along with the troop withdrawals, the United States is strengthening its military presence in Africa through other means, such as strengthening military infrastructure construction in several strategic fulcrum countries such as Djibouti in order to reserve space for greater military involvement in the future.

In short, while the United States is proposing to withdrawal troops from Africa, it is also strengthening its non-military presence in response to great power competition. A decrease here and an increase there is the U.S. military redistributing and optimizing its resources. It can be said that military security is increasingly becoming the key to U.S. influence in Africa. The U.S. military will not really withdraw from Africa. Over time, Africa is likely to appear like Southeast Asia; that is, it will depend more on China for economic development and more on the United States for security.

US-Africa Relations
printTweet
You might also like
Back to Top
CHINA US Focus 2022 China-United States Exchange Foundation. All rights reserved.