U.S. President Obama Barack talked in an exclusive interview with Japan’s NHK about his upcoming visit to Hiroshima. He said the purpose was not “to simply revisit the past”, but to promote peace and a world without nuclear weapons. Reaffirming that he would not offer an apology to Japan’s atomic bombing survivors, the president went on to say that “it’s a job of historians to ask the questions and examine” the decisions made by leaders in the midst of war. 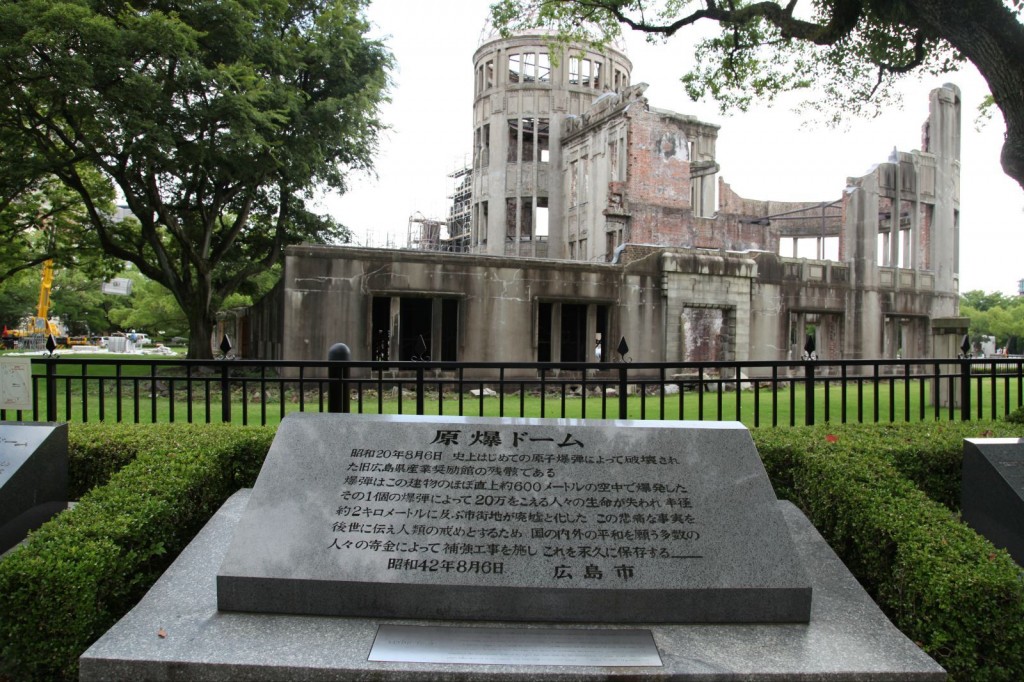 It is only partly right. For one thing, whereas it is laudable to look forward to the future and not simply “revisit the past”, but if the past has never been agreed upon, or even worse the past is nothing more than a selective narrative endorsed by the official discourse, how could we expect to learn valuable lessons and not to repeat the mistakes.

Moreover, historians have already done their work in asking the tough questions and examining the inconvenient facts, but rarely their accomplishments have been projected into the decision-making level and even more rarely change has been brought along.

On the issue of whether it was the best choice to use an atomic bomb, there is the popular narrative claiming that the Harry S. Truman administration simply had no better alternatives. In light of the hell-like fighting in Okinawa, by dropping the bomb, America was able to spare hundreds of thousands of soldiers projected to be killed in a land invasion of Japan proper. The bomb succeeded in forcing Japan to accept the unconditional surrender sooner than otherwise could be the case, thus bringing to an end of the bloody war. This explanation was offered immediately after the war, and sanctioned and protected by the government ever since. In other words, it is the politically right version of that part of history.

However, there has emerged in the past decades another narrative that challenges this official version. After some documents were declassified, American historians and scholars have been able to reconstruct another side of the story.

Some revisionist historians, with Gar Alperovitz as the most outspoken one, argue that American decision makers saw the bomb more as a diplomatic leverage to thwart Soviet Union’s ambitions in east Europe and north Asia, and that was why the Truman administration didn’t exhaust other alternatives, including demonstrating the atomic power by denoting a warning bomb in an uninhabited area, investigating the seriousness of the Japanese peace initiatives, moderating the demand for unconditional surrender, waiting for the Soviet Union to declare war on Japan, or relying solely on conventional naval blockade and air bombing. Another argument historians use to support their claim is the projected casualties in a mainland invasion were overblown by a large degree.

Alperovitz in his Atomic Diplomacy even went one step further in speculating that it is exactly the monopoly of atomic technology that emboldened America’s policy makers and brought about a policy shift that played an important role in causing the Cold War.

Although different academic opinions do exist in explaining the real intent behind Truman’s decision of using atomic bombs, most scholars agree that the bomb was not needed to end the war, and they further agree that even if the Hiroshima bomb was justifiable, the Nagasaki one was totally not.

The clash in America between the two narratives of the same part of history is best illustrated by the controversy surrounding the Smithsonian National Air and Space Museum’s exhibit in 1995. To commemorate the 50th anniversary of the end of World War II, the museum decided to show the Enola Gay, the American B-29 who dropped the atomic bomb over Hiroshima, together with presentations about the Japanese victims. The exhibit also tried to situate the atomic bombing into a larger context, not as the end of World War II, but as a prelude to the Cold War. This interpretation triggered fierce opposition from veteran groups in the United States and even resulted in Senate hearings. The incident didn’t end till the museum director resigned and the staff rewrote the majority of the descriptions.

By this, we can get a glimpse into the huge discrepancy between popular memory cultivated and endorsed by official narrative on one hand and scholarly view on the other. At one end of the spectrum, the use of the bomb was a symbol of righteous vengeance, a demonstration of America’s technological and scientific superiority, a savior of American and Japanese lives that would have been lost in an invasion of the Japanese homeland. While at the other, it revealed a questionable decision-making process and showcased the horror unleashed by nuclear weapons.

Fortunately, such discrepancy is getting narrower. According to Bruce Stokes from the Pew Research Center, 85% of Americans approved of using atomic weapon on Japan cities in 1945. The rate dropped to 63% in 1991, and in a pew survey made last year, only 56% of Americans still believe the use of nuclear weapons was justifiable. Moreover, only 47% of those between the age of 18 and 29 agree with the use of atomic weapons. This means more American young people are now opposing, rather than supporting, the use of atomic bombs in Hiroshima and Nagasaki.

Concerns about the domestic implications of the president’s visit are simmering. A recent Wall Street Journal op-ed said, the visit “implies that the US bombing played a role in ushering in a world that has become less peaceful and less secure”, and “that’s the wrong lesson to draw.”
However, the shifting trend in public attitudes lent support to Obama’s historical visit to Hiroshima, a bold move unimaginable years ago. In an effort to avoid entangling himself with the debate on the morality of using atomic bombs, Obama chose to bypass the dichotomy and focus instead on promoting a future world without nuclear weapons.

It is a smart move, but also a compromised one in the sense that the public stance of an American president on the issue would always be circumscribed as that of a prominent political figure. Whereas the declared message of his Hiroshima visit is denuclearization, the unspoken connotations could be more meaningful.

Those connotations include the necessity of reflections on the moral dilemma posed by war. The way people look back on the past speaks volumes about the way they perceive themselves and others, and it exerts profound influence on their future trajectory and interaction with the outside world. In this sense, we are never revisiting the past per se, we are reexamining the present and redefining the future as well. Thanks to Hiroshima, it is time for all of us to revisit that past again and face up to our respective contested memories.

Denuclearization US-Japan Relations
printTweet
You might also like
Back to Top
CHINA US Focus 2018 China-United States Exchange Foundation. All rights reserved. Disclaimer