Abe’s Reelection: a “Win-Win” for U.S. and China 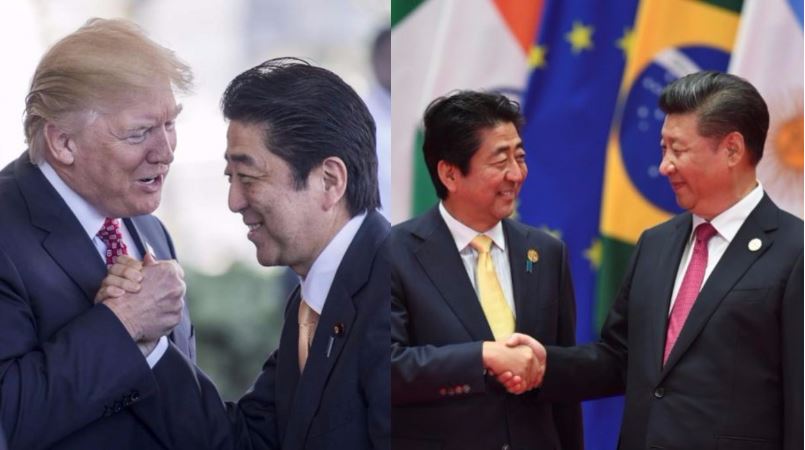 Shinzo Abe’s reelection as prime minister provides a favorable climate for both Donald Trump’s first presidential visit to Japan and an improvement of Chinese-Japanese-U.S. relations.

In the snap October 22 ballot, Abe's dominant Liberal Democratic Party (LDP) and its coalition partner Komeito secured a two-thirds majority in the House of Representatives, the lower house of Japan's bicameral legislature. The coalition already holds such a “supermajority,” required for amending the constitution, in the upper house.

Abe justified calling the national elections a year earlier than needed to secure a public mandate for addressing the growing North Korean threat. He also wanted to validate popular support for deepening national economic reforms, which have had recent success in boosting Japan’s growth rate and stock market.

Whether the outcome gave Abe a mandate for his policies or stewardship is unclear as several other factors contributed to the LDP’s overwhelming victory. At the structural level, Japan’s first-past-the-post electoral system tends to amplify electoral wins in comparison to proportional representation systems.

At the tactical level, Abe skillfully exploited a recent resurgence in his popularity and divisions among the LDP’s opponents. The main opposition Democratic Party disintegrated into rival conservative and leftist wings; neither did well on October 22.

During the election campaign, Abe reaffirmed his goal of transforming Japan into a more self-assured international security actor. With his reelection, Abe is newly empowered to propose a constitutional amendment that would explicitly acknowledge the legitimacy of Japan’s Self-Defense Forces (SDF). In addition to two-thirds of the parliament, the people would need to ratify any change to the constitution in a popular amendment.

Constitutional revision, which has been a formal LDP goal for decades, remains controversial. For many Japanese, including Abe, this issue is one of national identity, reflecting their vision of Japan’s history and future. However, pursuing constitutional revision could split the governing coalition, reenergize the divided and demoralized Japanese left, and generate concern as well as support in foreign countries.

Even without a constitutional amendment, Japan has made substantial progress towards this endeavor under Abe’s leadership. For example, the comprehensive 2015 Legislation for Peace and Security permits the SDF to operate beyond Japan for "collective self-defense" of allies. Japan has also recently pursued new security partners in Asia and Europe to complement its long-standing mutual defense treaty with the United States.

Some Chinese and Koreans remain uneasy about Abe’s course. However, they should understand the weighty restrictions that still limit Japan’s transformation into a more assertive military actor. Major impediments include the country’s lack of nuclear weapons, recruitment challenges due to an aging population, and the status quo orientation of most Japanese.

Although Abe seeks to enhance the country’s conventional and missile defenses, he has not joined others in calling for the deployment of nuclear weapons in Japan. Instead, he has cited Tokyo’s strong support in Washington as precluding the need for an independent Japanese nuclear deterrent. Therefore, China should see the Japanese-U.S. alliance as keeping Japan’s security on a positive and predictable trajectory.

A year ago, many Japanese worried about the impact of the Trump presidency on bilateral relations, East Asian security, and the liberal international political order. Fears of U.S. abandonment and isolationism were common, as were opposing worries of entrapment from a belligerent U.S. stance. However, skillful Japanese-U.S. presidential diplomacy and institutional engagement, aided by Pyongyang’s provocations, have overcome most of these fissures.

In fact, Abe is one of Trump’s favorite foreign leaders. In their multiple meetings over the past year, both have focused on common security challenges rather than divisive economic issues. In his September speech to the UN General Assembly, Abe shared Trump’s view that past negotiations with Pyongyang, such as the 1994 Agreed Framework or the 2005-2007 Six-Party Talks, “have all come to naught” since North Korea exploited dialogue as a “means of deceiving us and buying time.”

In recent months, the Japanese and U.S. governments have applied new national sanctions against companies and individuals that have substantial business ties to North Korea. Abe and Trump are also seeking stronger multilateral sanctions, which would require Beijing’s help given China’s status as North Korea’s primary trade partner.

Further, while China and Japan differ on security issues, they share similar economic policies. Both countries want to achieve higher growth rates and favor multilateral free trade agreements. Abe’s reelection will allow his government to continue tough economic reforms, support the Trans-Pacific Partnership, and engage with the Chinese-led One Belt, One Road initiative.