How to Navigate the New Course of Sino-US Relations

The recent events on both sides of the Pacific Ocean have caught the eye of the whole world. At the western side, Obama won reelection to serve in the Oval Office for another four years; and at the eastern side, China’s new leadership took stage after the 18th National Congress of the Communist Party of China to carry on the tasks started by their predecessors. Against such a backdrop, how should we navigate the new course of Sino-US relations? The key here lies, as the author believes, in a good beginning, a smooth transition, a freedom from interruption, and a joint effort to tie a win-win knot between these two big powers and secure a plain sailing throughout the Pacific era. 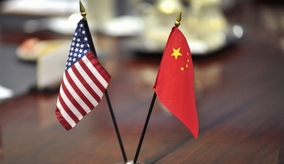 During their presidential campaigning, both the Democratic and the Republican candidates got fairly harsh on China. In their third and final round of debate, they even took up a topic rarely seen in previous US presidential elections: China’s rise and the world’s tomorrow. Alleging China’s bearing on the recovery of their economy and improvement of their employment situation, they both called on China to ‘act by the rules of the game’ and scapegoated China for their domestic troubles.

Our world has come to the crossroads of epoch-making changes. At a time when globalization and regionalization gain momentum and get interlaced with each other, no country in the world can hope to stay all to itself and all countries will get interrelated with each other in terms of both prosperity and security. It is inopportune and impossible, therefore, to attempt to elbow out China. China is not the former Soviet Union. It has never thought of pulling down the existing international systems. On the contrary, it has always tried, ever since its inauguration of the reform and opening-up program, to fully adapt itself to these systems. Moreover, it has made every effort to become a builder of these systems instead of just a participant

The rise of emerging powers and the eastward flow of world wealth and power have triggered the flat development of international relations, and even led some people to conjure up concepts as ‘the post-US world’ and ‘the non-polar world.’ As may be learned from an overview of the development of international relations, handling of the relations between emerging powers and well-established ones has always been a hard nut to crack. Once the former comes near or outpaces the latter in terms of strength, both of them will get a keen feeling of pressure and become extremely sensitive to each and every move by the other. They will also come to distrust each other due to their practicing of different political systems and experiencing of different courses of historical development.

Some Americans have complained that the Chinese have been “eating America's lunch.” Some others have even expressed their apprehension that China, already the world’s second biggest economy, will surely come to challenge the US championship sooner or later. Alleging that it is at the cost of their national interest that China has risen to where it stands today, these people have come up with calls for containment of and sanctions against China, a move seen by some people in China as a hard evidence of the US strategic plot to contain and weaken China.

Any endeavor to turn the Sino-US relations into a model of partnership and stop the vicious circle of zero-sum competition between superpowers as seen in history should start with interaction between the two in the Asia-Pacific region. What matters here is their gain of strategic mutual trust, promotion of peaceful competition, and clever control and handling of disputes. Instead of attempting to replace the United States in Asia, China always stands for peaceful co-existence with the latter in this region. Neither should the United States try, therefore, to woo allies and form factions here for the purpose of suppressing China and sowing discord.

The United States was by no means totally targeting China when it loudly announced its ‘return to Asia’ strategy and start of its ‘rebalancing’ strategy in this region. It does have factitiously stirred up tension here, however, when it purposely plays up the so-called threat from China rise, steps up its military redeployment and input, strengthens its military cooperation with local allies, establishes new military bases, deploys latest models of fighter planes, increase its military presence, stage war exercises on an ever greater scale, and sets about installing a guided missile defense system in Asia and in the west Pacific region, and puts a finger into issues concerning the South China Sea.

An inevitable result from this train of rash steps taken by the United States has been the doubt, suspicion and astound among many countries concerned and the awkward predicament among Asian nations in particular. On the one hand, these Asian countries have to trade with China and share with China the dividend of economic development. On the other hand, they must bow to pressures from the United States and keep closer watch on China from a security perspective.

Given the situation mentioned above, China should take the initiative to enthusiastically model its future relations with the United States instead of passively adapting to whatever comes its way. In recent years, China did have come to boldly express its concerns and pursuits in dialogues with the United States, such as its demand on the United States to terminate frequent warship and military plane reconnaissance missions off Chinese coasts, revoke its restrictions on hi-tech export to China, acknowledge China’s market economy status, create a fair environment for Chinese investment, and facilitate direct investment by Chinese companies. Thanks to its attention to such practical issues, its dialogues with the United States have become all the more substantial and equilibrator in terms of bilateral claims.

This year is the 40th anniversary of the China visit by US President Nixon and the issuance of the Shanghai Communiqué. Both history and reality have proved that China and the United States will both gain if they come to work together and lose if they choose to fight against each other. Against the background of a feebly recovering world economy and continuous worsening European debt crisis, it is the common responsibility and universal aspiration of the international community for China and the United States, the two biggest economies in the world, to keep their relations on the track of sustainable and healthy development and join hands to meet the global challenges. The two countries should also make unswerving efforts to enhance their strategic mutual trust, try their best to adapt to each other, increase contact and communication, and join hands with all countries along the Pacific Rim to usher in and enjoy the coming Pacific age.