This month, President Xi Jinping will pay a state visit to the United States. Both sides are busy preparing for this important visit, hoping to generate enough momentum to move the bilateral relationship forward in the first half of the 21st century. 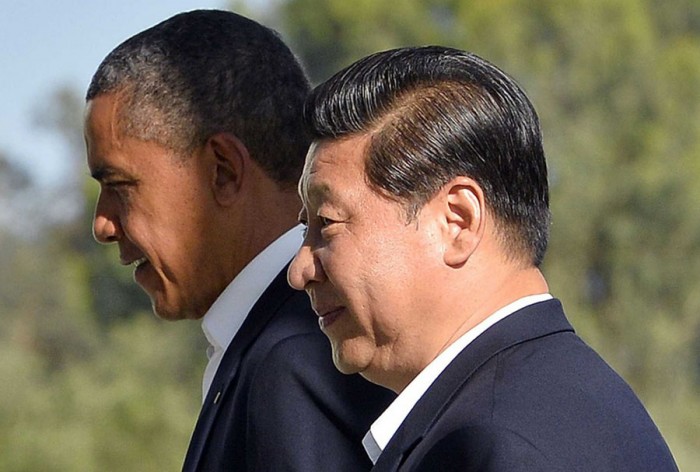 Given the complexity and vicissitudes of this relationship, a few key issues need to be addressed with great wisdom and foresight.

First and foremost is the issue of war and peace. It sound scary, but this is the question that neither side can afford to ignore as tensions rise in China’s neighborhood. As the incumbent superpower and the biggest rising developing nation, the US and China face the dilemma of falling into the “Thucydides Trap”. The key lies in an appropriate strategic assessment of the other’s intentions in order to determine the nature of our bilateral relations. The way out has been proposed by President Xi and agreed in principle by President Obama: building a new type of great power relationship based on “no-confrontation, no conflict, mutual respect and win-win through cooperation”.

Both sides need to figure out how to make the concept concrete in all aspects of the bilateral relations. Easier said than done; it requires painstaking efforts to make it a reality. The success of the latest round of Strategic and Economic Dialogue (S&ED) and the recent visit by Susan Rice, the US National Security Adviser, are two good examples of what is achievable through tireless positive efforts by both sides.

I was recently in San Francisco for the opening ceremony of the Museum of Anti-Japanese War where in my speech, I stressed that the most important lesson we could take away from WWII was that China and the US were partners and allies during that war. As two great nations, when we are united, the world is a better place, peaceful and prosperous; when we are divided for whatever reason, the world will suffer and be worse off. The answer is obvious and does not even need debate.

There is no reason whatsoever for China and the US to engage in a war or military conflict.
However two nations should be highly vigilant against any possibility of being either “forced or drawn” into such a situation. The recent noises around East China Sea and South China Sea are a warning to both nations.

The second issue that needs to be answered is whether China is a challenger to the existing global governance architecture or a positive contributor. The rising tide of globalization in the last few decades has coincided with the re-emergence of China as a great power, which clearly shows that China has benefited tremendously from the global governance system. Why would China rock the boat that carries it across the river to reach the shore of modernization and national rejuvenation?

The establishment of Asia Infrastructure Investment Bank (AIIB), as explained by China to be a complimentary institution to the World Bank, is a good case in point. If the US intends to remold China into a country similar to itself, that will be both impossible and futile just as the US will never become a country after the image of China.

But that should not be taken as something that is driving two nations apart. Instead it should be viewed from the perspective of different civilizations enriching each other, making the world we live in more colorful.

Another reason often cited for China’s unwillingness to be part of the global order is “aggressive actions in the neighborhood” that is changing the status quo in the region.

That also does not hold water. What China has been doing is only safeguarding its sovereignty and maritime rights. China has indicated repeatedly that it wishes to solve maritime disputes through peaceful dialogue and negotiation. China has no intention to “drive the US out of Asia”. At the same time, the “Pivot to Asia” and “Rebalance in Asia-Pacific” are what worry China and countries in the region in so far as it has many negative connotations. Another worrisome development is the chorus of both officials and China scholars within the Washington DC Belt about so-called China Threat. Some even suggest that the US-China relations have reached “critical mass”. Nothing could be further away from the reality on the ground.

The third issue or danger would be that China and the US relationship could be hijacked by a single issue. As an old Chinese saying goes, “one maybe blinded by a single leaf”.

My friend General Brent Scowcroft once summed up China-US relationship in a single word: “complex”. I tend to agree. There are usually numerous problems and issues between big powers. China and the US are no exception. What we should do is put the relationship in perspective and bear the big picture of cooperation in mind. For instance, China-US trade topped $600 billion in 2014 and the two nations are nearing completion in their negotiations on bilateral investment treaty (BIT), which will not only strongly anchor the relations, but also hugely benefit both peoples.

Certainly we are not losing sight of the difficult challenges facing both nations such as cyber-security, South China Sea or human rights. The US and China are the two biggest economies, permanent members of the Security Council and nuclear-weapon states under the Non-Proliferation Treaty. We do bear special responsibilities to maintain world peace and promote global economic growth under the United Nations Charter. We simply can’t afford to be petty in our global approach and global governance.

Last but not the least, China and the US should strive to build up mutual trust by managing and controlling possible frictions and even conflicts while stressing more on engaging in ever-expanding areas of cooperation in tackling global challenges commonly known as global governance issues such as climate change, poverty reduction, energy security and food security.

The list can go on and on. Given the huge differences in history, culture as well as political system, we should not be surprised by the divergence evident in our approaches to both bilateral and global issues. The key to success is to seek common grounds while tolerating differences. Sometimes we ought to stand in the other’s shoes and take a more balanced view of the issues we both face.

To shape the global order for the 21st century for the better, we are in great need for China-US cooperation and mutual trust to cope with mounting and daunting challenges hurtling towards us. This is not just for the benefit of two nations. This is for the whole of mankind. China and the US can live without the other to be sure, but the world will be a much safer and more prosperous place if the two nations are of one mind and act in concert to make it happen. That is something leaders and the “man on the street” on both sides of the Pacific should seriously ponder.