In Search of America’s China Strategy 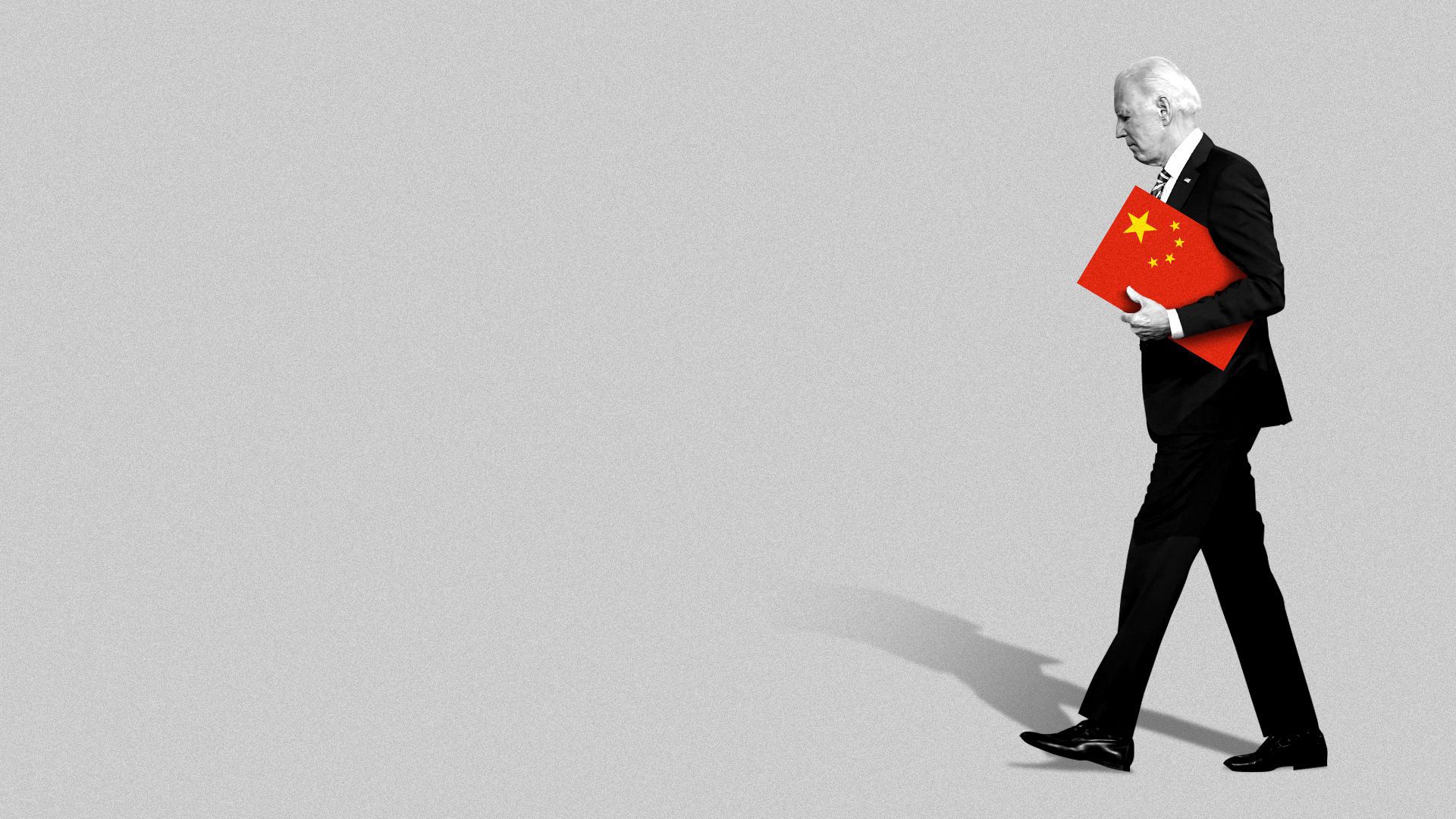 Since last year, the American media have constantly speculated on timetables for the Biden administration to complete its China policy review, make a policy speech or come up with corresponding documents. But no policy has been forthcoming. It has been repeatedly postponed.

In contrast to ranking U.S. officials’ frequent overseas trips — whirlwind visits to Europe and charm offensives in Asia — the United States seems to have taken the route of giving precedence to practice and focusing more on overall layout. Plenty of preparations are being made before the policy’s unveiling. Since the outbreak of the Ukraine war, Biden has been under greater pressure to clarify the country’s China policy and national security strategy. The war may accelerate the release of a new strategy targeting China.

Giving precedence to practice, a new strategy focusing on competition with China, which has taken shape over the past year, has withstood the shocks of the Ukraine crisis. Objectively speaking, the crisis provides China with two major opportunities: one is that significant U.S. resources are diverted to Ukraine; the other is that Russia’s economic reliance on China may increase.

While the U.S. has prioritized the Ukraine crisis, it swiftly brought in the China factor, insisting on a characterization of China as the only rival with the capacity to threaten America’s status as global hegemon. Its foremost concern remains winning the competition with China.

To deal with the China challenge, the U.S. has fabricated a geopolitical axis — with China on one end and Russia on the other — and then stuffed its rhetoric with claims of authoritarianism and totalitarianism, blaming the axis for worsening global tensions and conflicts. To the U.S., China is the pivot point. While coping with Russia is an imperative, this can be done by proxies fighting a war of annihilation. But dealing with China is a long-haul proposition for which the U.S. needs to rally multiple parties. They face a war of attrition.

In shaping the outline of a new China policy, the U.S. has made coping with an alleged “China threat” the main thread of its diplomacy as it proceeds with policies in such areas as international strategy, alliances and overseas interventions. Thus, America’s China policy has taken on the color of a grand strategy to certain degree.

To illustrate, the Russia-Ukraine conflict reflects the trend of multipolarity in the international order, and the U.S. faces a major test in adapting to that. Not content with gaining tactical points from the conflict, the U.S. has taken advantage of the crisis to revive the Cold War in Europe and embarked on a road that divides the world.

The sanctions against Russia appear to be having some effect, but they are also sabotaging the global framework centered on China’s market advantages. While sanctions aim at rebuilding the U.S.-led political and economic order, they also serve to cut off channels for China’s peaceful development.

To lay siege to China, the U.S. has accelerated its efforts to link the two main planks of NATO and the Asia-Pacific by integrating strategic concepts, building joint mechanisms and making military forces more interoperative. On one hand, NATO is extending its vigilance toward China. On the other, the relatively loose alliances in the Asia-Pacific are being upgraded in the mode of NATO.

On the Taiwan issue, Washington has gone so far in colluding with the Taiwan authorities that it no longer views maintaining cross-Strait stability as a goal. The U.S. has even begun to discuss plans with Britain, Japan and Australia to shore up combat readiness in case of a cross-Strait crisis. This shows dangerous signs of exploiting the Taiwan issue to derail China.

Yet there remain multiple factors restraining the U.S. from unveiling a clearly defined China strategy. First is the uncertainty brought by U.S. domestic politics. With the midterm elections pending, both parties have criticized the Biden administration for failing to expound a comprehensive strategy on containing China. U.S. allies would also hope to know how the midterm elections will change U.S. attitudes toward Russia and the transatlantic alliance, especially the question of a Trump comeback.

Under such circumstances, a new strategy targeting China will to a great extent reflect the concerns of the president’s constituencies, political foes and overseas allies. It becomes a political action meant to release pressure from the midterm elections, and nobody is sure about how long it will work — or whether it will work at all.

Second, America’s China policy tilts too much toward security, while lacking economic substance. So far, Biden has inherited the Phase 1 trade agreement as an economic policy on China.

The Russia-Ukraine conflict has further bound the strategic orientation of China policy to security concerns. Considering that both parties oppose the U.S. entering any new trade pact, there is basically no motivation on the U.S. side to put forward a systematic trade and investment policy in the Asia-Pacific, and it has hence avoided talking about any agreement on free trade and investment with countries in the region. This constitutes a huge impediment to any U.S. attempt to deepen ties with the region. It renders U.S. relations with China lopsided.

Third, the U.S. has yet to expound the basic goal of its China policy. Is its goal to build a level playing field for economic competition, or is it stopping China’s rise? Is it securing U.S. military superiority or preventing China from breaking the balance of power in the Asia-Pacific? Is it forcing China to observe America’s favored rules and norms or is the U.S. creating a set of new institutions and arrangements that exclude China? Is it pursuing competitive coexistence with China or is regime change part of a hidden agenda?

No matter what, Washington seems to be more inclined to repeat the Cold War by pinning ideological labels on China, rather than charting a new paradigm of international relations that fits the new era. With those key elements outstanding, America’s China policy appears to be increasingly more aggressive and risk-prone, which has raised concerns in many countries, including among U.S. allies.

Most important, the U.S. is at a crossroads in the process of adjusting its foreign policy in general. People are more vocal about the conviction that complexities in international affairs have made it difficult to embody U.S. global interests and goals within a single strategy. Moreover, domestic political polarization has torn apart strategic thinking and made it even harder for the U.S. to propose and execute a grand strategy on China that requires consensus and continuity.