“Iron Friendship” in the Indian Ocean

China-Pakistan relations, known for their enduring positive relations, are further expanding in scope. Oddly dating back to the height of Cold War, no two countries could have been more different. Yet, the existence of common adversaries, mutual economic interests, and prudence have cemented them to an “iron friendship.” 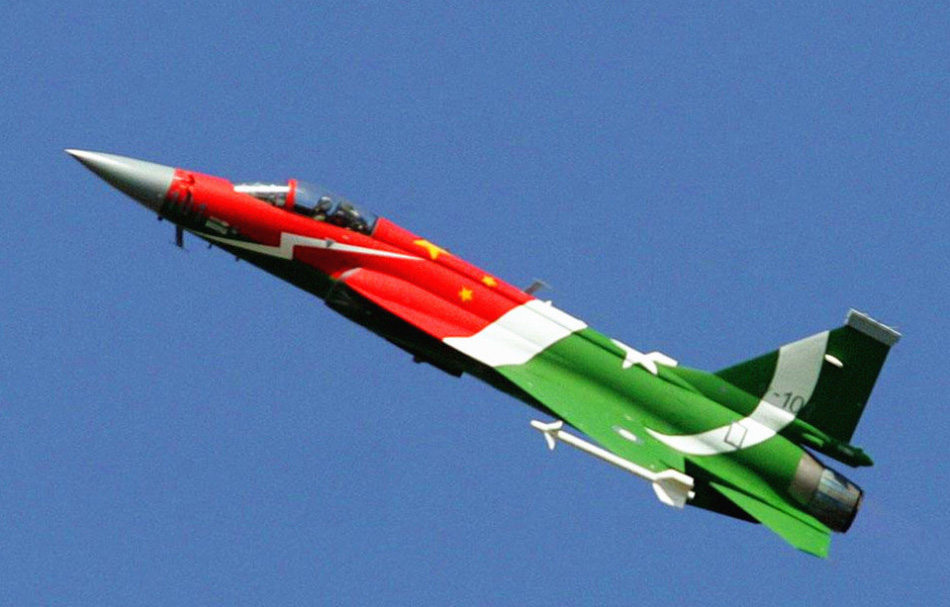 The military component of this relationship has also come to assume a vital strategic dimension. China now provides half of Pakistan’s military hardware and has demonstrated willingness to transfer technology to Pakistan. The most visible of these projects is the joint development of JF – 17 Thunder attack aircraft.

China’s consistent backing of Pakistan is strategically significant for the power play in the Indian Ocean. And yet, cooperation between the two navies has largely gone unnoticed.

China sees growing coziness between India, the U.S., and Japan as threatening its sea-lanes, especially in the energy “choke points” of Hormuz and Malacca in the Indian Ocean as well as South and East China Seas.

China remains vary of India’s Maritime Doctrine that reflects K.M. Panikkar’s – the Indian journalist, historian, administrator and diplomat – thinking that the Indian Ocean is Indian. In a 1945 essay, “India and the Indian Ocean: An Essay on the Influence of Sea Power on Indian History,” he recognized Vietnam’s importance in controlling China’s entry into South China Sea and the Indian Ocean. This forethought underlines modern day Indian attempts to develop a tight security relationship with Vietnam.

In 1973, for example, the former Prime Minister Atal Bihari Vajpayee stated that “India’s security environment ranged from the Persian Gulf to the Straits of Malacca across the Indian Ocean … and South East Asia.” His successor Manmohan Singh reaffirmed it in no uncertain terms.
Pakistan, fearful of India’s overwhelming presence in the Indian Ocean region, is naturally drawn closer to China that has its own festering border dispute with India. There could be no better geo-strategic partners.

Confronting the same adversary, China’s naval relationship with Pakistan is therefore, the most developed for any country. Its first naval exercise was with Pakistan in 2003, and in 2007 China participated in a multilateral naval exercise for the first time, hosted by Pakistan Navy (PN). As a quid pro quo, China helped gain observer status for Pakistan in the Western Pacific Naval Symposium, a grouping of about 25 Pacific and Indian Ocean countries, in 2014.

Conscious of its vulnerabilities if hostile powers control energy choke points – Hormuz and Malacca, China was displeased when, to manage the Gwadar Port, Pakistan picked the Port Singapore Authority (PSA) in 2007 in competition with the Chinese and Dubai bids.

Strategic interests compelled Pakistan to finally transfer the Gwadar Port concession to China Overseas Port Holdings Company (COPHC) in February 2013. For now the Port operation are civilian in nature. But regular visits by Chinese vessels to Karachi and Gwadar allows the Peoples Liberation Army-Navy (PLA-N) to get acquainted with the local operating environment in partnership with the PN. This interoperability and technological synchronization will be an equalizer for China in a tussle to control the Indian Ocean region. Since Pakistan’s own defense is closely tied to Chinese interests Defense Minister Ahmed Mukhtar went public in a Financial Times report in May 2011 disclosing – “we have asked our Chinese brothers to please build a naval base at Gwadar.”

In this Indian Ocean chessboard if China gets to obtain naval facilities at Gwadar, China in one-stroke positions itself to defend its own energy supplies passing through the Indian Ocean choke points, especially Hormuz. Once stationed in Gwadar, collaboration between Pakistan and China navies increases manifold. And the recent news of China setting up a naval base in Djibouti will displease many.

Pakistan’s maritime worries stem from the 1971 war when India destroyed several onshore facilities and blockaded Karachi disabling Pakistan’s mercantile capacity. An economically enfeebled and politically isolated Pakistan is getting so dependent on China that the strengthening of China’s position is considered the strengthening of its own. It is most likely that Pakistan, seeking that elusive sense of equality with India, would facilitate China’s presence in the region. Gwadar based PLA-N units provide deterrence against any Indian adventurism against Pakistan.

Admitting that the two navies are cooperating for decades, Pakistan Naval Chief Admiral Muhammad Zakaullah has publically confirmed that the two are strengthening relations due to changing international environment.

Reciprocal visits of ships, joint maneuvers, and the exchange of senior level visits has increased over the years. The two navies continue to actively cooperate in anti-piracy and escort missions in the Gulf of Aden and off the Somali coast.

India is obviously keeping a close watch on these developments especially when Pakistan has now entered into a deal to purchase Chinese submarines also. For India’s Naval Chief, Admiral Robin Dhowan, this could be start of a new great game over the world’s most important water body. This eight submarine deal to replace the existing five French Agosta—two of which are 70’s vintage—is the biggest single Chinese military export and likewise Islamabad’s biggest single military purchase. Pakistan is also procuring patrol vessels, frigates, and helicopters from China. Despite all this modernization Pakistan alone may yet find it difficult to tackle the India’s formidable naval arsenal, that is to include two aircraft carriers and nuclear powered submarines. Hence China…

As geo-political alignments are changing, the mutuality of interests is drawing China and Pakistan closer. The “iron friendship” is set to be reinforced in years to come.