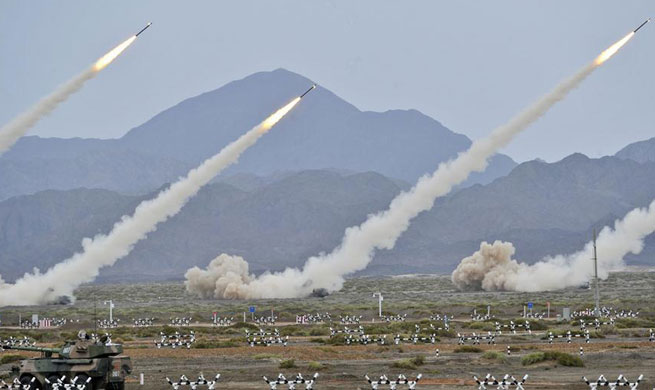 In recent years, there has been a lot of noise about the “Thucydides Trap” - the idea that an established power’s fear of a rising one makes war between them inevitable.

Some western scholars even twisted Winston Churchill’s observation that “The longer you can look back, the further you can look forward” to insinuate that history shows a rising and a ruling power must conflict. Harvard University’s Thucydides Project found that out of 16 cases in which a rising power has confronted an established one since the Peloponnesian War, 12 have resulted in war.

Though we can argue against and even laugh at such assumptions, saying that things have changed fundamentally and we now live in a totally different world, the ghost of Thucydides simply can’t be wished away. But we do still have the capacity to choose our future.

Given China’s great success in domestic governance and the peaceful development path it followed for decades, President Xi Jinping has proposed solutions to allay conflict. There are options available, but they require difficult and painful adjustments.

Most important among President Xi’s proposals was the “Belt & Road Initiative”, which represents multilateralism based on the UN system, and working together to foster a community of nations with a shared destiny. It’s aimed at improving global political, security, and economic governance and cutting the entanglements that bind our hands.

The key threads in these ideas are the principles of non-confrontation, mutual respect, and win-win cooperation, which have won more and more support worldwide through China’s proactive diplomacy at the UN, G20, Shanghai Cooperation Organization, and BRICS and APEC summits. Over 100 countries and regional organizations signed MOUs with China on the “Belt & Road Initiative”.

Of course, not all countries will necessarily make the right choice. Recent history is full of examples of this, including WWI and WWII.

One country’s interest may not always align with others’. Choices have to be made which will impact regional and global affairs. Globalization has connected countries as never before.

Take the North Korean nuclear issue for instance. Tension has been rising unabated for some years and today we are closer than ever to a disastrous war. What can we do to avoid war and pull ourselves out of this “black hole”? The choices we face are clear-cut, but it’s very difficult to make the right choice. Countries will have to work together to resolve this situation.

China’s proposal of “double suspensions” is still a good choice that, if accepted, will lay the groundwork for the resumption of negotiations.

Countries will also have to choose whether to embrace globalization, even as populism and political radicalization surges in some major western countries. Free trade and an environment conducive to investment has benefitted everyone immensely, albeit some more than others.

China has been a major beneficiary of globalization. It believes firmly that all nations, big or small, rich or poor, are part of the same “global village” with shared interests and a shared destiny. There is in actuality only one right choice, which is cooperation, cooperation, and cooperation. Any attempt to derail globalization under whatever name or excuse will not only hurt the global community but also boomerang badly on oneself. We float or sink together.

On a philosophical level, the choice is between a “clash of civilizations” and “mutual learning and enrichment between civilizations”.

Led by the US, many western nations since the end of WWII have gone with the former, exporting their ideology and political system. Any effort by others to resist such conversion is viewed as disruptive to the international system. Therefore acceptance must be forced, if not by peaceful means, then by “color revolution” or by arms. The chaos in the Middle East today certainly is a stark example of this.

We live in a globalized world and no country can live and develop in isolation. We do have a choice, and the right choice is putting our heads and hands together to build a better future for everyone.

Global Governance
printTweet
You might also like
Back to Top
CHINA US Focus 2018 China-United States Exchange Foundation. All rights reserved. Disclaimer