It Takes a Globe 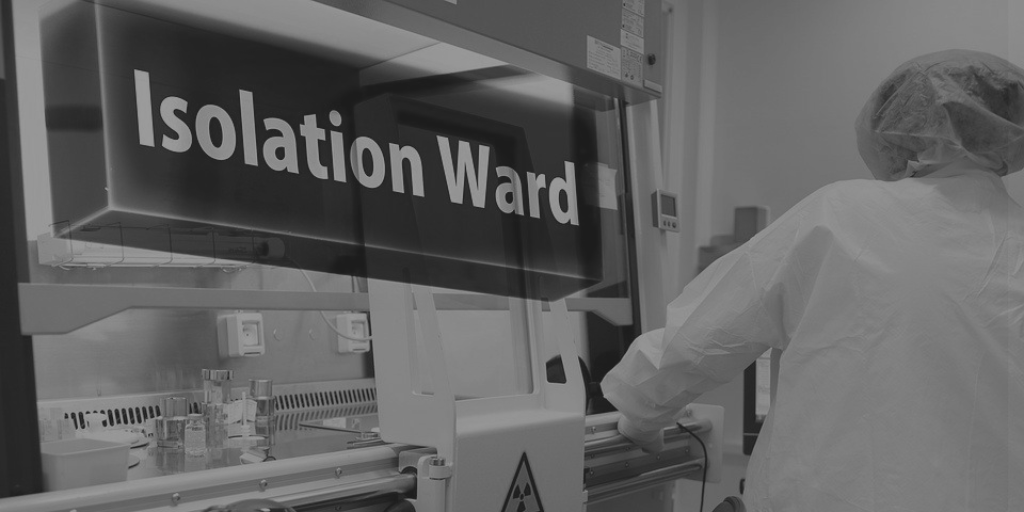 The new coronavirus has spread at an alarming rate, threatening our globalized world where it is most vulnerable.

As economic globalization connects the world as never before, communicable diseases have increasingly become prominent non-traditional security threats. The ongoing COVID-19 outbreak is a severe test not only for China but for the world as a whole.

Under the leadership of the Central Committee of the Communist Party of China with President Xi Jinping at the core, the Chinese government and people have mobilized resources nationwide in a swift response to the crisis. China’s efforts have also enhanced the collective work of combating the coronavirus around the world.

Here are my observations on foreign policy and international cooperation since the outbreak:

First, China has a deep understanding of global governance and the building of a community with a shared future for mankind. It is an integral part of a global village in which every country is closely interlinked. Coping with communicable diseases is part and parcel of the global public health system and public health governance.

As a responsible major power, China is keenly aware of the importance of global cooperation when it comes to public health. Since the onset of the coronavirus epidemic, China has taken an open, transparent, cooperative and responsible approach. It is actively working with the World Health Organization and affected countries and is releasing  timely information to the international community, among other measures, to contain the spread of the virus. Leaders from more than 160 countries and international organizations have expressed their solidarity with China. Dozens of countries have made donations of needed goods. The Chinese government and people are grateful for the warmth and generosity, and they have boosted China’s confidence that it will prevail soon.

In the two months since the outbreak, President Xi has talked with many heads of state and government and has been moved by their support. Apart from governments, members of the general public have gone out of their way to donate medical supplies to the Chinese people. The business community, media groups, NGOs, and individuals have contributed to grassroots diplomacy.

While politics and economics continue to dominate the process globally, a wide variety of challenges — for example, in the arenas of public health, environmental security, natural disasters and cybersecurity — have become more acute, as the coronavirus has eluded containment partly because of the interconnectedness of nations. Nowadays non-traditional security threats seem to dominate the day-to-day world, compared with the traditional wars and military conflicts of the past. Diplomacy needs to reach across different dimensions and sectors to cover various aspects of global governance.

The WHO is at the heart of global public health governance and is an effective platform. But for reasons known to all, the global governance deficit is expanding, and some major powers have retreated from the objective of providing for the public good. The public health sector is no exception.

The COVID-19 epidemic has prompted the world to turn its eyes again to the WHO and to recognize its central and essential role in dealing with global public health emergencies. We should respect the science-based decisions made by the WHO in coping with the latest emergency, and render firm support.

The 2008 global financial crisis provided the sober lesson that no country is an island. The tide either lifts all, or everyone perishes together. International cooperation, including fiscal and monetary measures, tided the world over through an unprecedented economic meltdown.

Now, the outbreak of COVID-19 has jolted our collective memory. China, for its part, has been cooperating closely with experts around the world to effectively contain the spread of the virus and cope with challenges effectively. Last year, in the same spirit, China worked closely with the WHO to provide assistance to African countries hit by the Ebola virus, including dispatching medical teams and sending medical supplies, providing a strong testament to the importance of global cooperation in public health.

Cooperation with other major countries and neighbors is vitally important. The different attitudes of the United States and Japan are revealing. The Trump administration sees China as America’s “main strategic competitor.” The dynamics of China-U.S. relations has shifted from competitive but friendly cooperation to a relationship defined mainly by more harsh competition.

The U.S. is typically two-faced in its stance on the COVID-19 epidemic in China. On one hand, the business community, charitable organizations and individuals have made generous donations to China and engage in other forms of cooperation. On the other, there has been no letup from U.S. political quarters in pursuit of “decoupling” from China. An array of measures has been rolled out, including delisting China as a developing country and imposing long-arm jurisdiction on more Chinese companies. Secretary of Commerce Wilbur Ross even went so far as to claim that the coronavirus epidemic would help in “reshoring” manufacturing — bringing operations back to the U.S. The Wall Street Journal has published articles replete with bias and anti-China smears.

The U.S. is in the midst of an election cycle, which has substantial implications for both domestic politics and foreign policy. First, many voters want to elect candidates who can protect their wealth, so economic policies will be front and center this year. Second, political dynamics will be at the mercy of election politics and will become more fluid. Third, China-bashing is a standard fixture in U.S. election years as a tactic for both parties to rally support and get votes.

A combination of the coronavirus epidemic and election year politics will affect phase two of the China-U.S. trade negotiations. Progress will be subject to the vicissitudes of domestic U.S. politics.

Japan, a close neighbor, has provided substantial help to China in the fight against the novel coronavirus, including donations of medical supplies, and the Chinese government and people acknowledge the precious support. The Republic of Korea, Cambodia and other neighboring countries from East and South Asia have shown similar passion and resolve for regional cooperation.

China has felt keenly that global governance derives its momentum from regional cooperation, and that international cooperation is grounded in regional cooperation. Strengthened cooperation in economy, culture, public health, tourism and education will add building blocks to the community of East and Southeast Asia, thereby developing a protective buffer zone to fend off negative spillover in the larger geopolitical tug-of-war.

Last but not least, the coronavirus epidemic respects no border. Cooperation is the only answer. As major powers in the world, China and the United States should step up their cooperation for a swift solution because the opposite will only serve to make things difficult, which is an irrefutable truth. Both countries have learned valuable lessons and have experience to share with regard to shoring up the global public health system and containing communicable diseases. It is in the mutual long-term interest of both countries for the U.S. to overcome its geopolitical impulses and “strategic anxiety” over China’s development. The two countries can explore setting up a coordinating mechanism for public health and communicable diseases, either under the WHO or as a bilateral interagency cooperation mechanism.

Moreover, the two countries should consider setting up research programs and intensifying exchanges between hospitals, doctors and research experts. Given the possibility of a future outbreak, China and the U.S. should share the responsibility to fight it together, irrespective of its country of origin, and contribute to the health and safety of the general public around the world.

COVID-19Global GovernanceGlobalization
printTweet
You might also like
Back to Top
CHINA US Focus 2021 China-United States Exchange Foundation. All rights reserved.