Moon Jae-in’s Presidency: A Game-Changer for the Region?

South Korea called a snap election on May 5, six months after the country was beset with political turmoil. Moon Jae-in, the candidate from the Democratic Party, won the election decisively. As the newly elected president, Moon is a proponent of progressive forces in South Korea, and — understandably — what he stands for politically differs from the previous conservative government. Therefore, it is safe to predict major policy adjustments on both the domestic and external fronts, heralding significant implications for the tense North East Asia region. 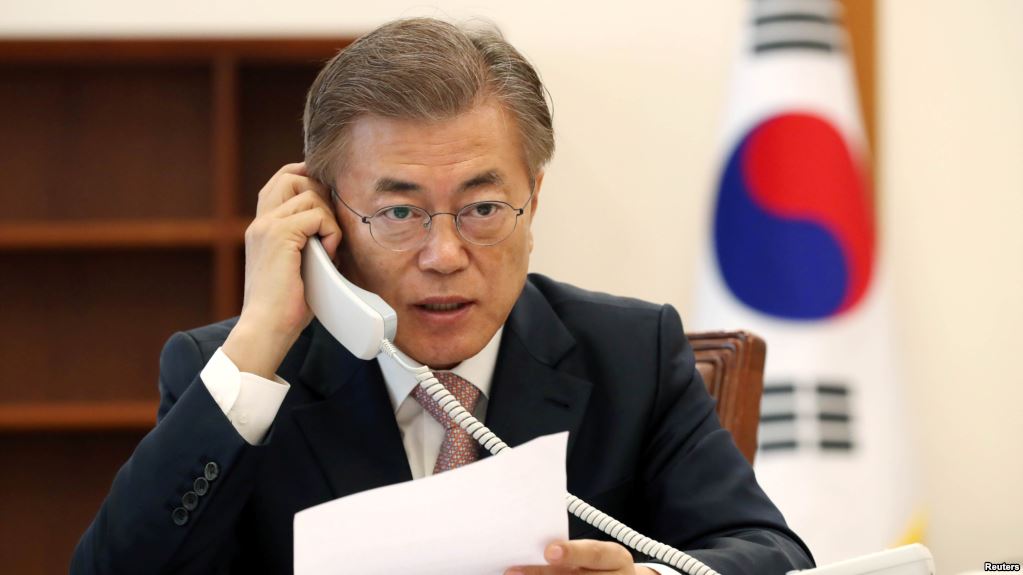 On the domestic front, how to navigate its democratization process in political and economic arenas presents a pressing challenge for the South Korean government. The country is struggling to emerge from a deep social crisis. South Korea embarked on the democratization process in the 1980s, and the representative political system is not yet full-fledged. When the 1997 financial crisis swept the country, then President Kim Dae-Jung pursued a neo-liberal policy, as recommended by the IMF, which featured financial liberalization, open capital market, flexible labor market and greater access to its domestic market. The policy mix paid off almost instantly, giving a much needed boost to the South Korean economy. Nevertheless, a series of social and economic hazards arose, not in the least the collusion between government and chaebols, or big conglomerates, leading to concentration of wealth among a handful of people. That eroded the interests of the middle class and grassroots and resulting in a huge wealth gap. Among OECD countries, South Korea has the second-highest wealth inequality after the United States, and its social welfare index ranked the lowest, with the highest poverty rate among the elderly. An anti-Park Geun-hye candlelight vigil drew over 10 million people, a potent indication of the discord and frustration the society harbored against the existing political and economic systems.

The Moon government must, on one hand, press ahead with “Democracy 2.0” reform and improve the political system. On the other, it must work to promote economic democratization, namely to break the nepotism between government and chaebols, so as to create an enabling environment for SMEs, advance the interests and welfare of the average working class, and ultimately narrow the wealth gap, and ease regional development gap within the country.

On the foreign policy and geopolitical front, President Moon is set to inherit the policy of “role of balancer” in Northeast Asia pursued by former President Roh Moo-hyun. Roh stressed maintaining strategic balance between big powers in the region, while avoiding getting embroiled in their confrontations. Regarding relations with the United States, a departure from the conservative camp is expected: The Moon government will not follow the United States in lockstep, but strive to navigate an independent foreign policy and security policy while still standing by the US-South Korea alliance. Moon made that abundantly clear on the campaign trail, when he stressed South Korean interests should be a priority, and the country should learn to “say no to America”. South Korea and the United States will have some heated discussions on issues ranging from North Korean policy, military expense sharing and troop command transfer to amending the free trade agreement.

On balance, President Moon will follow the same line as former presidents Kim Dae-jung and Roh Moo-hyun regarding North Korea. The Moon government would oppose a military solution in favor of a policy that combines pressure with dialogue, and the ultimate goal of exerting pressure is to bring North Korea back to the negotiating table, an approach that is at odds with the hardline tone of the Trump administration. But make no mistake, should North Korea fail to make major concessions on its nuclear program, Moon would see his hands tied, given the raging anti-North sentiment in South Korea.

On the issue of sharing military expenses with the United States, the two countries have had their share of heated arguments. President Trump repeatedly has asked South Korea to bear more of the expenses incurred by US troop deployment in South Korea, and his latest demand that Seoul pay for the $1 billion costs for THAAD installation in the country caused a backlash among South Korean people. Troop command transfer is also on Moon’s agenda, as he championed a self-determined defense policy during the campaign. As he stood for advancing operational control and combat capacity of South Korean troops, he seems poised to conclude the troop command transfer much-delayed under the Park administration.

Trade is a prominent issue between South Korea and the Unites States, and repeated demands by President Trump to amend the bilateral free trade agreement and narrow the trade deficit in South Korea’s favor puts significant pressure on a trade-driven economy like South Korea’s.

All of that said, the alliance between South Korea and the United States still hold legitimacy and retains its political imperative. Also, previous progressive governments led by Kim Dae-jung and Roh Moo-hyun were also on amicable terms with the United States, and it is reasonable to predict that President Moon will continue to advance the alliance. Greater prospects of cooperation still beckon.

For relations with China, President Moon has indicated he is keen to mend fences and mitigate the fallout of THAAD deployment in South Korea. The Democratic Party has demonstrated more flexibility on THAAD deployment than the Park government. Moon has proposed that THAAD deployment proposal should be subject to public consultation and parliamentary approval, and lashed out at Park’s government for its lack of transparency and attempt to run roughshod over public opinion over the matter. He promised to consult both the United States and China on the deployment of THAAD and suggested sending a delegation to China to discuss the matter during his phone conversation with President Xi Jinping. The prospect of reaching an acceptable solution among the three countries concerned with the THAAD issue is encouraging and will boost their cooperation over North Korea strategy. China’s consistent stance of combining pressure with dialogue is well aligned with the policy position of the Democratic Party of South Korea, and the two sides can work together to tap the great potential for cooperation, resuming the six-party talks and ultimately bring stability to the Korean peninsula.

All in all, the Moon government, thanks to its sensible domestic and foreign policy approaches, is set to foster momentum and real opportunities to take the heat out of the high tension in the region. The rest of the world should support and embrace such positive dynamics.

Korean PeninsulaChina-South Korea RelationsTHAAD
printTweet
You might also like
Back to Top
CHINA US Focus 2022 China-United States Exchange Foundation. All rights reserved.