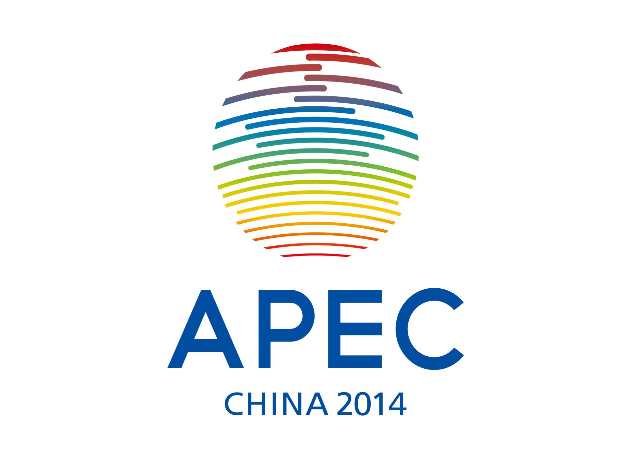 With the Beijing summit of the Asia-Pacific Economic Forum around the corner, there have appeared some new developments in the Asia-Pacific strategic landscape as were mirrored in the international situation and China’s peaceful development this year. And China seems to have gained greater strategic initiative.

The new developments are seen in four aspects.

First, the Asia-Pacific “rebalance” pursued by the United States is off balance.

When he initiated the Asia-Pacific rebalance, US President Barack Obama staked all his international strategic capital on that cast of dice. The move, however, only ended up in the birth of more imbalances in the world, which forced the US to scurry between one  hotspot after another.

The Obama administration is trying to maintain the Asia-Pacific rebalance strategy as that is the country’s long-term strategic consideration. Obama and his top aides have avowed commitment to the strategy repeatedly on various occasions, trying to assure their Asia-Pacific allies and, at the same time, warn China. The assurance, however, brought no practical results and the warning proved to be impotent only.

In recent months, crises arose in many places in the world, such as the conflicts in Ukraine, the rise of the Islamic State and the outbreak of Ebola in western Africa. In a certain sense, some of these crises were intensified by the US pivot to the Asia-Pacific. With too many irons in the fire, Washington has not been able to concentrate on that strategy. Its foreign policy needs to be readjusted and rebalanced. Its geopolitical center of gravity has to be shifted to the Middle East again and the top priority in its multiple engagements has to be diverted from containing newly rising nations, especially China, to the old anti-terrorism mission, including military strikes on the Islamic State and other armed extremist forces. In all, the Asia-Pacific pivot strategy has waned in momentum as the US is entangled in battles with other crises and new enemies.

Second, the US has outsmarted itself by playing with its “smart strength”.

The “smart strength” refers to the three tactics employed by Washington in carrying out its Asia-Pacific “rebalance” strategy. But they proved to be unsuccessful.

The first tactic was to capitalize on contradictions between other countries. The US supported Japan, the Philippines and Vietnam in their moves against China over territorial disputes, only to bring risks to itself. Giving Tokyo a free reign in its right-turn drive will inevitably lead to the growth of a militarized and defiant Japan. And egging on Japan and the Philippines to challenge China will end up with the US having to suffer the consequences of the conflicts thus incurred.

The second tactic was to “walk the tightrope” for its balance strategy. The US tried to strike a balance between China and its Asia-Pacific allies but the growth of China has made it difficult for Washington to achieve this balance. Sandwiched between conflicting interests, it has found itself in a predicament. To make it worse, the US also has trouble balancing between its two contradicting allies – Japan and South Korea.

The third tactic was to “play up advantages and make up for disadvantages.” The US has tried to make best use of its military might for deployment, diplomacy and maneuvers in the Asia-Pacific region and strived to make up for the weakening of its economic power. An example of the latter effort was pushing the idea of the Trans-Pacific Partnership. But its military strength in the region is constrained by a decreasing budget and distracted by hotspot flare-ups in other regions. It also has to be wary of the “side effect” of flexing its military muscles. And the TTP dream has yet to come true.

Third, the other major forces in the Asia-Pacific are showing signs of new movement.

In Japan, the Abe administration stubbornly clings to the rightist path and tries to become Asia’s number one power in politics and military affairs. Under the pretext of “becoming a normal state,” Tokyo has been trying to lift the traditional restrictions on collective self defense, revise its pacifist Constitution, strengthen its alliance with the US and team up with certain countries to counter China. Japan has become a major destabilizing factor in China’s surrounding areas and constituted a direct challenge to China. However, there is also a growing opposition to this trend inside the country.

In India, Prime Minister Narendra Modi’s new government is active in international diplomacy and practical in domestic reforms. In its relations with major powers, India tries to gain advantage from all sides. The Sino-Indian relationship features both competition and cooperation.

In Indonesia, the recent election of Joko Widodo as president has brought a new atmosphere to the Southeast Asian country. Jakarta is expected to play the leading role in the Association of Southeast Asian Nations, which has announced it will set up the ASEAN Community in 2015. All major regional players are contending to forge a closer relationship with ASEAN. But the group is also troubled by many internal contradictions, limitations and problems.

Australia’s Prime Minister Tony Abbott and Foreign Minister Julie Bishop have demonstrated a pro-US stance. They voluntarily act as a pawn for Washington. Not content with the status of a “secondary power”, Australia has made every effort to outshine others in international affairs. Its performances in such events as the Malaysian plane crash in Ukraine and military strikes on the Islamic State were particularly eye-catching. While fully supporting Washington’s Asia-Pacific pivot strategy, Canberra tries to maneuver safely between the US and China by straddling two boats – economy and security. It has become a negative variable in the region.

Russia is turning more of its attention to the Asia-Pacific region in a bid to “shine in the east” to make up for what it has suffered in the Ukraine crisis and strained relations with the West. In economy, it tries to offset the effects of Western sanctions by exploring new markets in Asia Pacific; in political strategy, it hopes to avoid isolation by strengthening cooperation with China, India and some other countries.

Fourth, a triangular balance of power has been achieved in Asia Pacific.

The order and pattern of power in the region have been reshaped amid a complex process of relationship readjusting.

In their mutual relationship, countries in the region generally come in three groups, with the US-Japan alliance as one side and China-Russia cooperation as another side, which are engaged in a game of “competition and cooperation”, while India and ASEAN sway in between.

In terms of trend of development, the US’s “power of dominance” and China’s “power of initiative” will co-exist, but the former is waning and the latter is growing.