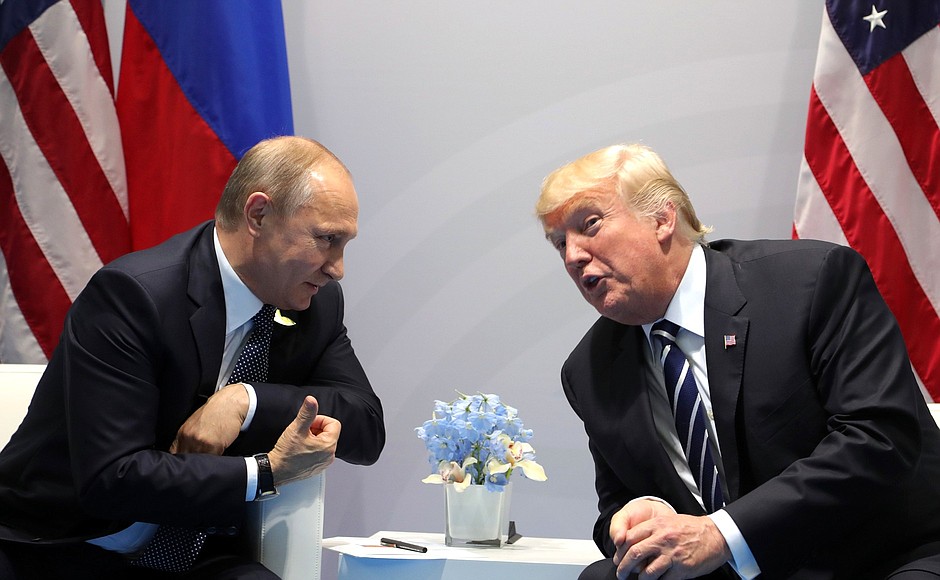 As the world’s only superpower, the United States has unmatched political power and economic resources. As such, any major action the U.S. undertakes has a far-reaching influence on other countries.

As President of the United States, Donald Trump has attracted much attention because he is undoubtedly among the most powerful men in the world. But Trump is not a traditional politician. His style — characterized by many surprises and strokes of genius — is rather unique. Furthermore, many scholars believe that President Trump lacks firm policy convictions, as he is changeable and capricious.

As a matter of fact, Trump has been controversial since he began running for the presidency in June 2015. During the 2016 election, Democrats and the Republican establishment accused Trump of ‘dangerous bigotry,’ ‘not acting presidential,’ ‘not  being qualified to be president,’ and being ‘a danger to the nation and the world.’ In fact, Republican bigwig Mitt Romney denounced Trump as ‘a phony,’ and  ‘a fraud’ who made ‘worthless’ promises. But in the end, it was Donald Trump, the political amateur, who defeated Hillary Clinton, the professional politician.

By nature, every American presidential election functions like a huge political business. Wealthy individuals and large corporations provide campaign funds for outstanding politicians. After winning the election, these politicians provide their benefactors with senior government positions and surety in future government contracts. In comparison, Trump was significantly more financially independent in his campaign. After raising his own funds, Trump upset the existing political ecosystem by appointing his own cabinet officials. Trump not only ousted the Democratic Party from power, but also refused to cooperate with many members of the Republican establishment. Thus, the Democratic Party, mainstream media, and the Republican Party have all criticized Trump’s policies.

Like all governments, the American government consists of a large bureaucracy. These bureaucrats are good at handling the routine and the specific. In the bureaucratic system, there is usually no strategy but only ‘crisis managing’. Even trained officials at senior levels tend to be at a loss when confronted with unprecedented new situations or new problems, especially one at the strategic level.

Since taking office, President Trump has shown that he is a statesman. He understands people’s anxieties and masters their emotions. He dislikes convention and empty talk, and is ready to act proactively and pragmatically with the big picture in mind. He often demonstrates courage, wisdom, and imagination. These qualities suggest Trump is an outstanding strategist.

One ‘certainty’ about President Trump is that he has coherent strategic objectives.

First, Trump seeks out dialogue with China and Russia to make peace between the major powers. The President is aware of the grave dangers that confront the world, appreciates the fact that the world is on the verge of nuclear war, and thus values the relationship he has developed with Chinese President Xi Jinping. Similarly, Trump met with D.P.R.K.’s leader, Kim Jong-un, defusing the possibility of war in the Korean Peninsula. Then, he met Russia President Putin in Helsinki to reactivate dialogue on strategic stability and prevention of WMD proliferation. Given the series of wars, regime changes, geopolitical crises, and escalation of regional tensions in the Bush and Obama presidencies, Trump’s penchant for dialogue represents a real breakthrough. So long as the U.S. continues to engage China and Russia in discussions he will reshape the world political order.

Second, Trump aims to remake the world economic order. In his view, the state of the American economy is worsening and the working class is suffering. To fulfill his campaign promises to enable ordinary Americans to benefit from global economic development, Trump believes that the US must make major changes to its trade policy. Thus, Trump is waging a global trade war to force other countries, most notably China, to re-negotiate existing agreements with the US. Although the move has been condemned by the international community, Trump will not easily back down so long as he enjoys political support at home.

Third, Trump will seek a second term in 2020 so that he can safeguard his achievements.

As a strategist, President Trump prefers to focus on systematic problems rather than isolated ones. At the level of international strategy, however, power operates very subtly. Politics is the ‘art of the possible.’ The ultimate objectives are never achievable in one stroke and must be accomplished in a step-by-step manner. Relations between states are complex and unpredictable.

Donald TrumpTrump Administration
printTweet
You might also like
Back to Top
CHINA US Focus 2021 China-United States Exchange Foundation. All rights reserved.