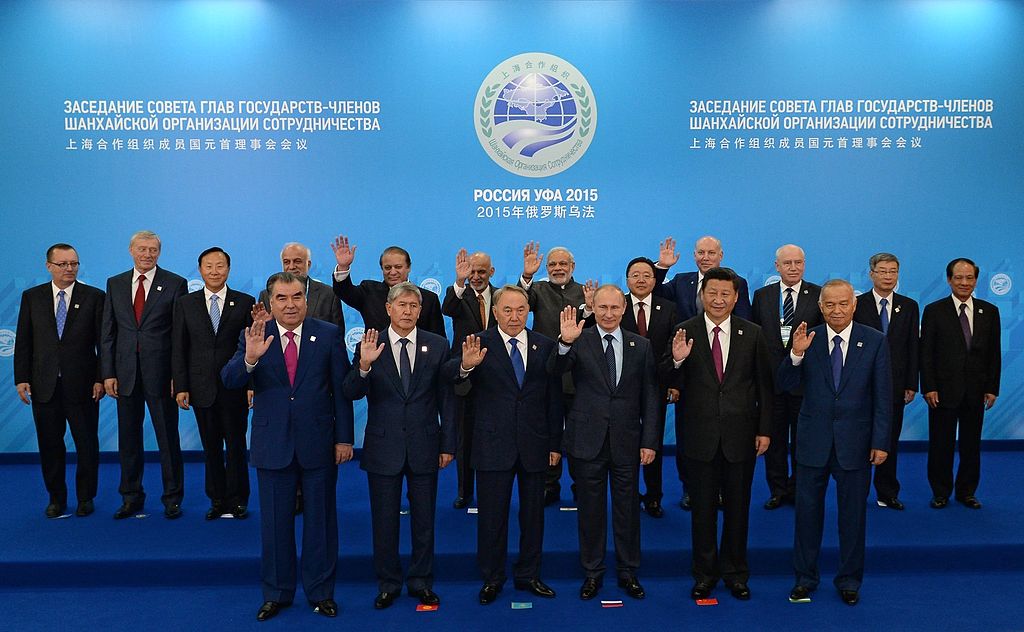 These conflicts are a major challenge in improving global governance.

In theory, global governance means a practice for common management of global affairs in line with multi-polarization and economic globalization. Global governance involves a variety of sectors, particularly security and economics. This fits well with the SCO’s mission and the SCO has made remarkable progress in these fields.

Security is the foundation for survival. When the SCO was founded, part of its mission was to solve boundary problems among member states. This helped lay a security foundation for concerted participation in global governance.

The SCO is one of the first and earliest international organizations that firmly advocated fighting terrorism. In 2001, SCO member states signed the Shanghai Convention on Combating Terrorism, Separatism and Extremism at its summit. In the past 17 years, with close cooperation among the member states, it helped prevent several hundred cases of terror attacks, seize and arrest a large number of international terrorists, and destroy many training bases set up in the region by terror groups.

The SCO also pays close attention to the convergence of regional drug production and terror crimes, and to coping with transnational organized crimes, weapon smuggling, and other terror cases that endanger regional social stability and security. The SCO member states also cooperated on fighting terror organizations that make use of the internet to preach separatism and extremism.

The economy is the most direct manifestation of national interests. Economic cooperation among SCO members has been smooth, and within the SCO framework, there is no room for trade protectionism.

The economic size and trade volume of SCO members now account for 17.5% and 30% of the global total respectively. The Qingdao summit once again stressed the significance of improving the global economic governance system, consolidating and developing the multilateral trade mechanism with the World Trade Organization at its core, and building an open world economy. The summit also vowed to create favorable conditions for trade and investment, jointly promoting trade, enhancing e-commerce cooperation and developing the service industry. It also called for continued support for medium-sized, small, and micro enterprises, and promoting cooperation in the fields of communication, transport, energy, and agriculture.

Common humanity is the cultural and spiritual anchor, particularly in dealing with differences among civilizations, including differences in history and traditions, cultural origins, and religious beliefs. SCO members respect the beliefs of different civilizations, and strengthen mutual understanding and support among the peoples, particularly youths, through exchanges.

The SCO is known as a new model of regional cooperation. Then, what are the driving forces behind this?

First, all member states uphold the Shanghai Spirit, which features mutual trust, mutual benefit, equality, consultation, respect for diverse civilization and common development and is the strong force that binds the members together. This could be a good reference for improving global governance.

Guided by the Shanghai Spirit, the SCO has made remarkable progress in cooperation in the fields of security, economy and humanity, and has also made historic strides in terms of the system and capacity building. At present, the SCO has eight members, four observers and six dialogue partners, and has grown into an important force in safeguarding regional security, promoting common development, and improving global governance.

Second, SCO members are ready to work to meet each other halfway, although they joined the organization for the purposes of safeguarding and expanding their own national interests. They may also have differences in their policies and stances (particularly the economic field). Thanks to the vision of the leaders of SCO members and the principle of equal consultations, the SCO has been developing healthily and steadily.

On the day when the SCO was holding its 18th summit in Qingdao, the G7 was also having a summit in Quebec, but the two meetings contrasted starkly. It’s known that the G7 also shoulders the responsibility in global governance, particularly in defending a just international economic order. However, the G7 summit ended in disarray while the SCO summit in Qingdao was held in a harmonious environment.

A Community of Shared Future for the MankindSCO
printTweet
You might also like
Back to Top
CHINA US Focus 2022 China-United States Exchange Foundation. All rights reserved.