Taiwan Matters More to China Than to the US 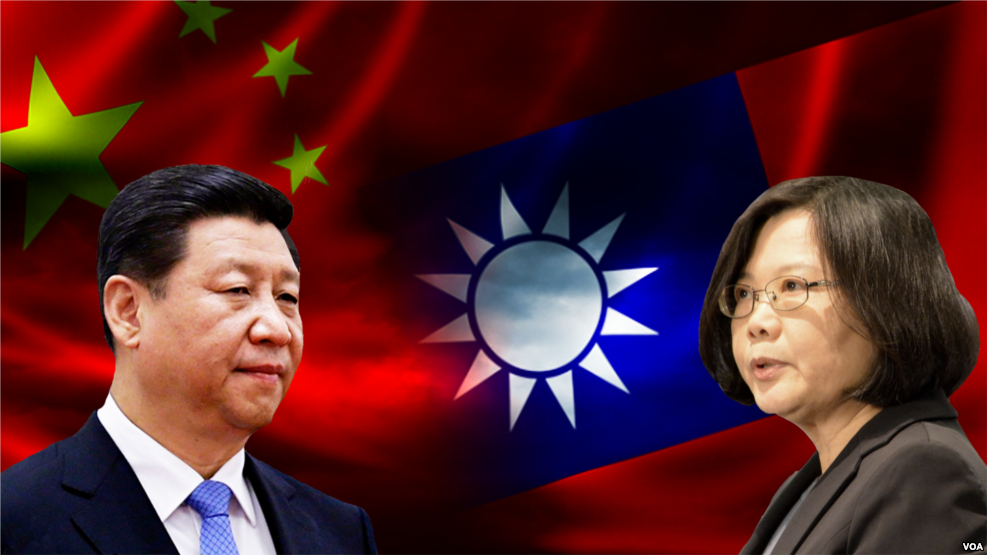 As the China-U.S. relationship sinks into substantial confrontation and uncertainty in step with the trade war, the overall situation is exerting a tremendous negative impact on the Taiwan issue and relations across Taiwan Straits. The "Taiwan card" and U.S. legislation regarding Taiwan (such as the Taiwan Travel Act) seem to have become a new consensus in U.S. diplomacy. The U.S.' overreaction on El Salvador switching diplomatic recognition to Beijing as well as its actual move of vocally supporting Taiwan also seem to be enhancing Taiwan's significance in the U.S. strategic regime. Yet have such developments really reflected majority opinion in American society, or the intentional exaggeration and distortion by the hawkish factions in American politics? We need authentic data to evaluate the actual weight and impact of the Taiwan issue in China-U.S. relations, and to come up with relatively prudent and accurate crisis management tactics.

According to Q36/a-h of the Pew Spring 2018 Global Attitude Survey, Taiwan was the issue the American public cared the least about concerning China, the top three being U.S. indebtedness to China, cyber attacks from China, and China's international influence. This is more or less inconsistent with the attention the Taiwan issue receives at home and its generally perceived importance in China-U.S. relations. Judging from specific figures, under the label "very serious", in descending order, the eight indices involved in the survey were respectively: 1, large-scale U.S. indebtedness, 62%; 2, cyber attacks from China, 58%; 3, Chinese influence on global development, 51%; 4, American job loss to China, 51%; 5, China's human rights policies, 49%; 6, U.S. trade deficit with China, 48%; 7, China's territorial disputes with neighboring countries, 34%; 8, tensions between China and Taiwan, 22%.

The survey involved eight questions, all related to China, showing an unprecedented rise in the American public's concern about China against the backdrop of the China-U.S. trade war. Since multiple surveys involved China-U.S. trade ties, they indicate Trump's tough stance on the trade war has some degree of popular endorsement, mirroring American sensitivity to and fear of China's trading prowess and its long-term international influence.

Judging from statistical findings, American public attention is more focused on their country's own security and interests, rather than the so-called human rights and Taiwan issues. Such findings remind us to properly appreciate differences between the positions of American politicians and the general public on Taiwan and transcend media noises. However, it is also important to keep in mind the relationship between trade war and Taiwan, as the “Taiwan card” has become a chess piece for the U.S. to pressure China. If trade disputes deteriorate as time goes by, the American public will show increasing sympathy and support for politicians playing the Taiwan card, which will amplify the relationship, thereby actually upgrading the status of the Taiwan issue in the China-US confrontation. This may offer independence seekers in Taiwan some transient opportunities, but may also result in Taiwan being exhausted or hollowed out, bringing continuous instability and economic fluctuation to the island. Compared with the long-term strategic stalemate and exhausting wrangling between China and the U.S., it is absolutely impossible for Taiwan to stand protracted confrontation without hurting its own security and development interests.

To hawkish politicians Taiwan is a card to contain China; to the general public it has not that much to do with national security or their day-to-day interests. Taiwan is not a core U.S. national interest. For its lack of clear strategic insight, the Taiwanese authorities have repeatedly misjudged the situation, which may result in fundamental, long-term damage to their people.

On China's mainland, the Taiwan issue is defined as a core national interest, and there is legislation like the Constitution and National Anti-Secession Law, and the explicit goal of "complete reunification" written in the report of the 19th National Congress of the Communist Party of China. The U.S. may abandon Taiwan for its own interests, and China will not forsake reunification because of U.S. interference and resistance by independence seekers. In the long term, as long as the Chinese government adheres to the bottom line regarding core national interests, smartly utilizes its own comprehensive strength and international influence, it will ultimately create conditions and atmosphere for full reunification, and accomplish the goal of national reunification. The Pew survey further affirms the U.S.' utilitarian and opportunistic orientation on the Taiwan issue, which is a positive indicator and a signal conducive to China's complete reunification.

The survey data showcases China-U.S differences over Taiwan, and the question is how to make the U.S. understand and respect China's sovereign rights and interests over Taiwan, how to make majority public opinion in the U.S. actually influence and restrain the government's opportunistic position, and thus formulate stable, sustainable China-U.S. relations. An advisable option is to engage in reasonable communication and exert proper management and control over the top three topics of public concern, cultivating security and trust. If the situation with those three concerns deteriorates, the American public may be inclined to understand and support the government's tough position on Taiwan. China needs to properly reduce its holding of U.S. treasury bonds. As to the issue of cyber attacks, China needs to complete corresponding legislation and establish mechanisms for China-U.S. cyber security dialogue and joint law enforcement. When it comes to China's international influences, especially the strategic impact of the "Belt and Road," China needs to enhance philosophical elaboration and explanations for it, and upgrade risk management as well as capabilities for handling debt crises.

Generally speaking, the American public is more concerned about the China-U.S. trade war and their everyday lives than about the Taiwan issue and security issues on China's periphery. Such a pragmatic public opinion is normal. Despite the low attention it receives, the Taiwan issue is universally accepted as a handy chess piece in U.S. foreign policy. Therefore, if China-U.S. trade ties cannot go back to normal, the American public's worries may deepen, their government may attach greater importance to the Taiwan card, and thus public attention and support will rise accordingly.

Since the Taiwanese authorities are too reliant on the U.S.' counterbalancing role, have adopted an "all-round off-shore substitution" strategy against the mainland, failed to appreciate and recognize the "1992 consensus" as the cornerstone of peaceful cross-Straits relations, all the formal official channels for communication across the Taiwan Straits have been cut off, and authorities on the two sides have sunk into "cold confrontation". Taiwan has misunderstood its actual status in core U.S. national interests, and misunderstood the mainland's longstanding dedication to and capacity for fulfilling full national reunification. The Pew survey should serve as a fitting reminder for both the authorities and people in Taiwan that the correct choice is to return to the "1992 consensus", face the ultimate prospect of "complete reunification" with dignity, seek to maximize the interests of Taiwan and its people in the constitutional direction of "one country, two systems," and realize permanent peace and sustainable development for Taiwan.

TaiwanTrade WarChina-US Trade
printTweet
You might also like
Back to Top
CHINA US Focus 2020 China-United States Exchange Foundation. All rights reserved.