The U.S. Should Take the Lead to Engage Iran 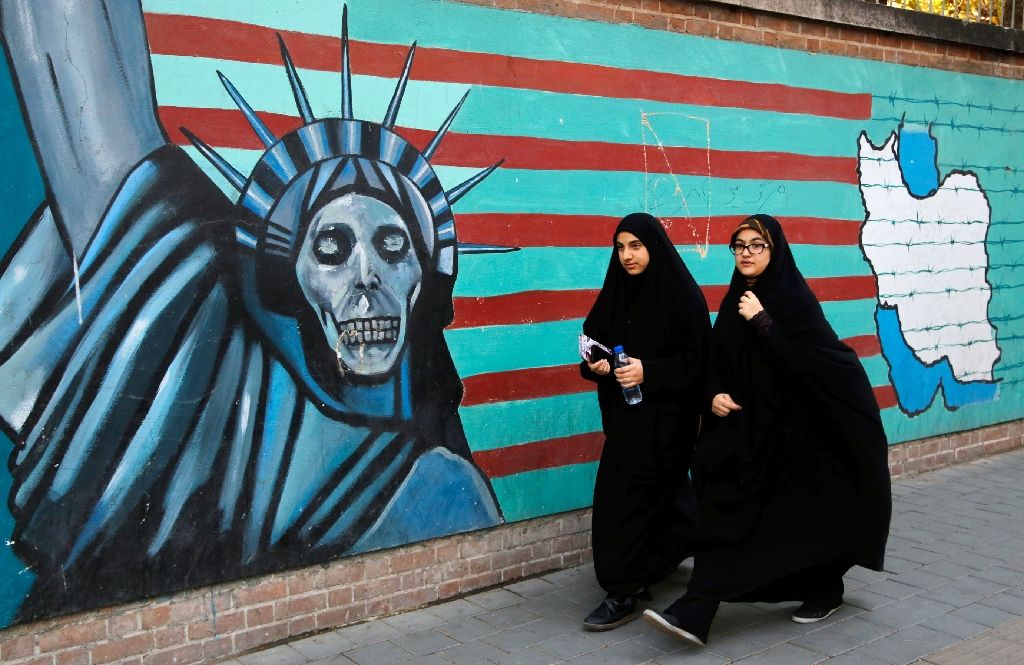 On August 6th, the 12th President of the Islamic Republic of Iran was sworn into office. Hassan Rouhani is expected to continue the domestic and foreign policies of his first-term, which were consistently characterized as moderate. Despite this domestic continuity, Iran’s relations with other nations in the international system could remain problematic. As two major global players, both China and the U.S. could work jointly to bring Iran into the international community rather than ignore the significant nation.

Iran has a population of 77 million, second only to Egypt in the Middle East. An important actor because of its geopolitical location, it is the link connecting the Caucuses and South Asia, Central Asia and West Asia, and also sits in a position to control the Strait of Hormuz, which carries quite a large share of world oil trade. Iran is also a cultural and religious center for the Shia Muslim community, as it is home to the largest Shia majority in the world. In one word, without Iran’s cooperation, no issue in the Middle East can be properly resolved.

Considering its global political, religious, and economic importance, it is highly irregular that a nation state of its stature has stayed outside of international system for so many years. But, Iran has been in isolation since the Islamic revolution in 1979 for a number of reasons. On one hand, it is partly because of its regional surroundings and international policy. Shortly after the revolution, Iran was aggressively exporting its religious revolutionary ideology, which increased fear and concern in its neighbors like Saudi Arabia and the international community at large.

But Iranian isolation can also be attributed to the policies created the U.S. and its partners in the West as the leaders sitting atop the international system for many years. The U.S. and the West purposefully applied containment policies toward Iran both politically and economically for many years; although Iran, despite the fact that during Rafsanjani’s and Khatami’s presidency, actually abandoned the policy of exporting revolution. The two presidents worked hard to integrate Iran into international community, but the containment and isolation policy that led to Iran reversing itself on the export of religious revolution resulted in Ahmedinejad’s election as president.

When Ahmedinejad was in power from 2005 to 2013, he adopted a hardline approach on the nuclear issue, which in turn promoted diplomatic isolation and economic sanctions from the U.S. and international community.

The significance of Hassan Rouhani’s election both in 2013 and 2017 lies in the potential for change of Iran’s relations with international system. To put it another way, this change in leadership could signify Iran’s efforts to jump-start the process of re-integration into the international system. In the beginning of his term, Rouhani frequently expressed the goal that Iran would constructively engage with neighboring countries as well as the international community.

The Iran Nuclear Deal should be monumental in this regard. While many scholars believe that the deal marks an advancement in non-proliferation, it also illustrates Iran’s efforts under Hassan Rouhani to engage with institutions of the international system and re-enter international community. By signing and implementing the deal, Iran has seen the removal of economic sanctions, at least at the institutional level, and Iran’s external economic relations have been improving. The deal has also allowed Iran to break through the wall of diplomatic isolation built by the U.S. and the West.

It is expected that in his second term, Rouhani will proceed with the same moderate and constructive policy engaging the world. He himself said in his inauguration address that Iran would have constructive interaction with all countries, including neighboring ones. Further, the Grand Ayatollah Ali Khamenei, the Supreme Leader of Iran also requested that Iran have extensive interaction with the world as well as broad relations with nations and governments at the endorsement ceremony.

Iran’s reintegration will primarily depend on whether Iran’s decision makers are truly ready to embrace the world; however, it will also depend on what kind of policy the outside world, particularly the U.S., will take on Iran. The Bush administration’s labelling Iran as a member of the, “Axis of Evil” was the type of rhetoric that resulted in Ahmedinejad’s rise to power and his hawkish policy. If Hassan Rouhani’s approach of reintegration is not well received, the same scenario is likely to happen again. Hassan Rouhani’s election and re-election have paved the path for Iran’s reintegration on the domestic side, but major external actors must also be ready to embrace Iran.

China and the U.S. are prime examples of major external actors who could play constructive roles in bringing Iran into the international system. China has demonstrated a policy that is constructive for Iran’s reintegration. China has long accepted the Islamic Republic of Iran as an important and legitimate part of international community. China also stands for Iran’s legitimate rights for peaceful use of nuclear energy, opposes sanctions against Iran, and supports Iran’s SCO accession, among others.

But. in the past few decades, the U.S. has adopted a policy of excluding Iran from the international community. Bill Clinton’s administration took up a policy of containment against Iran, and regarded Iran as a similar state to Saddam Hussein’s Iraq, a line of reasoning that was used to justify American actions. George Bush listed Iran as a target of regime change despite Iran’s cooperation in issues regarding Afghanistan.

Barack Obama’s policy had the hallmarks of being the most reasonable in bringing Iran into the international community. It was during the Obama administration that Iran nuclear deal was made available in 2015, which paved the way for Iran’s reintegration; therefore, categorizing the U.S. policy during this period as one of engagement. But it is a pity that his successor reneged on this policy. While President Trump has realized that it is not feasible to tear apart the nuclear deal as he had claimed during his campaign, he has returned to the old road of containment seen in the Bush and Clinton administrations. He created new bills to sanction Iran, and participated in the summit with Islamic countries, led by Saudi Arab, that aimed to contain Iran.

It seems that an Iran led by Hassan Rouhani will be likely to step back into the international system. But if the Trump Administration continues to provoke Iran with new sanctions, Iran’s relations with outside world will encounter serious challenges. After all, Rouhani’s moderate approach is already facing strong opposition at home.

All in all, for the better of Iran, the U.S. itself, the Middle East and international community as well, it would be beneficial for the U.S. adopt a cooperative policy to engage and reduce hostility toward Iran so as to bring the state into the community and the system. Without such a policy, no Middle East issues can be smoothly settled.

US-IranChina-Middle East-US Relations
printTweet
You might also like
Back to Top
CHINA US Focus 2018 China-United States Exchange Foundation. All rights reserved. Disclaimer