U.S.-China Ties in the Shadow of the Mueller Investigation 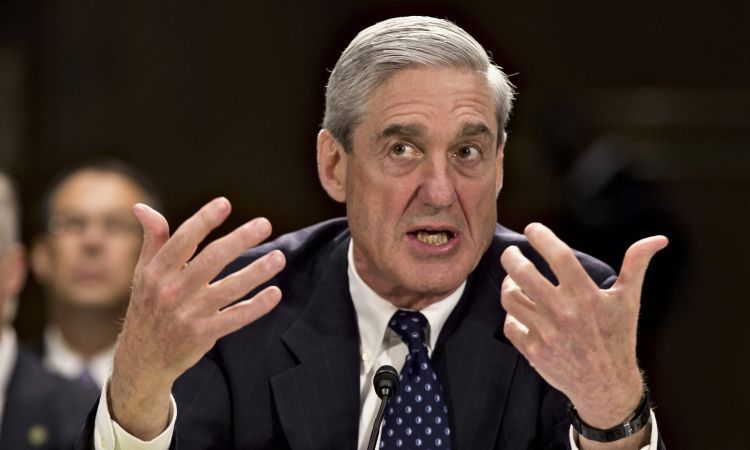 May was a strange month. First, the Department of Justice (DOJ) dismissed James Comey, Director of the Federal Bureau of Investigation (FBI), who center-right Democrats blame for Hillary Clinton’s 2016 electoral loss.

Barely a week later, the DOJ appointed Robert Mueller, former director of the FBI (2001-13), as special counsel overseeing the investigation into Russian interference in the 2016 elections. And amidst this, Hillary Clinton claimed she was “right” about the “vast Russia conspiracy.”

Of course, there is little doubt about the ultimate outcome of the Mueller investigation. He served loyally under President George W. Bush and Vice President Dick Cheney; from the Trump White House perspective, the end is pretty much known. However, it is the very process of investigation that has potential to undermine his presidency.

But what will happen to Trump’s ties with China as the White House begins its fight for political survival? The short answer is that those areas of the Trump agenda that require legislation (e.g., tax reforms) will remain increasingly vulnerable to direct and indirect constraints associated with the Mueller investigation. In contrast, those areas of his agenda that can be implemented through executive action (e.g., trade policy), will be less exposed to such constraints. Finally, areas of the agenda that are somewhere between executive and legislative action may prove easier to implement as well (e.g., sanctions).

During the 2016 campaign, Trump threatened to use high import tariffs against nations that have a significant trade surplus with the U.S., particularly China ($347 billion), Japan ($69 billion), Germany ($65 billion), Mexico ($63 billion), and Canada ($11 billion). Nevertheless, trade pragmatism prevailed in the Mar-a-Lago meeting, where Trump and Chinese President Xi Jinping announced a 100-day plan to improve strained trade ties and boost cooperation between the two nations. But if the plan cannot offer major breakthroughs after the summer, trade hawks may return and deficit rhetoric could escalate toward the year-end.

Right after his inauguration day, just as he had pledged, President Trump used an executive order to pull out of the Trans-Pacific Partnership (TPP), President Obama’s legacy deal. In his campaign, Trump promised to renegotiate key U.S. free trade agreements, including the North American Free Trade Agreement (NAFTA). Indeed, as trade policy relies mainly on executive action, the administration may try to renegotiate deals rather than reject them, if only to minimize the downside risk.

The positive spin has already been introduced. As U.S. Trade Representative, RobertLighthizer, puts it, the administration will not seek to "overturn" NAFTA trade, but rather “expand” it. NAFTA renegotiations are set to start soon. When the talks begin after mid-August, they will be followed closely by other bilateral trade agreements that will soon be on the table (South Korea, Japan, and Taiwan). Since negotiations are likely to endure through the fall, major trade friction that would undermine global growth prospects may not be likely until 2018.

The proposed tax reforms are a different story. Mueller’s investigation is likely to overshadow Trump efforts at tax overhaul, which relies on legislative consensus and the perceived strength of the Trump administration. Yet, legislative support will be challenging in the current conditions, and the administration’s staying power is now subject to both counsel’s investigation and political speculation.

Moreover, even if the Trump plan could reduce U.S. corporate rates significantly, that might not be enough to “reshore” U.S. companies' overseas profits and corporate operations. There has been no major outflux of foreign firms from large emerging economies, which offer three to four times faster growth than the U.S. or Europe.

Fiscal policy requires consensus among the Senate, House and Executive branch of the government, which are internally divided and externally under extensive scrutiny. In the long run, inadequate fiscal support could undermine Trump's huge $1 trillion infrastructure initiative, affecting the dollar and import growth – and thus the Chinese renminbi, Chinese exports and investment.

Recently, a U.S. Navy destroyer sailed close to a disputed South China Sea island controlled by China. It was the first incident of its kind under President Trump. Intriguingly, U.S.S. Dewey’s “freedom of navigation” (FON) operations were timed right after China and ASEAN agreed to draft a code of conduct in the South China, which has potential to reduce the risk of military clashes in one of the world’s busiest waterways.

As Trump hopes to launch a Reagan-style military rearmament program, some observers expect him to push assertive military measures around the world. However, they may ignore the fact that the “America First” program is focused on domestic priorities, as evidenced by Trump’s tougher stance against German trade surpluses, and E.U. members’ “free riding” behind the U.S.-funded NATO.

Since sanctions and other economic coercive measures fall under executive actions, Trump’s strategic maneuverability is less restricted in these areas. Then again, both Republican neoconservatives and Democratic liberal internationalists support sanctions against North Korea, and, with some qualifications, against Iran, too.

North Korea’s nuclear blackmail is strongly opposed by the White House and objectionable in Beijing as well. In the case of Russia, sanctions will prevail and possibly broaden. Trump's reset efforts are likely to remain frozen through the special counsel’s investigation and become more challenging to implement after that investigation. In the case of Iran, Trump is likely to push sanctions outside the nuclear deal as far as possible, which will be cheered by Iran’s hardliners who oppose the recently re-elected moderate President Hassan Rouhani.

Nevertheless, Trump’s hard stance is in line with his rearmament program and closer ties with the Gulf Cooperation Council, Israel, and particularly Saudi Arabia with whom he recently signed a huge $110 billion weapons deal.

As far as the White House is concerned, the Mueller investigation may well undermine Trump’s most ambitious strategic goal: a Russia reset. As he pledged in 2016, Trump has sought, publicly and privately, an anti-terrorism coalition with President Putin. At each stage of the talks, the mainstream media’s “Russiagate” narrative—allegations that Trump himself or his “associates” have been treasonously compromised by the Kremlin, and for which no actual evidence has yet been produced— “has intervened in ways that jeopardize, if not sabotage, the diplomatic process,” as veteran Russia expert Stephen F. Cohen has noted.

Seeking to revive his stalled policy agenda in Congress, Trump is developing his “war room” within the White House to combat leaks, disclosures, and the investigation about his associates and Russia. That means the return of his toughest and most confrontational campaign aides, including former campaign manager Corey Lewandowski, deputy manager David N. Bossie, and, of course, chief strategist Stephen K. Bannon, his rough radical-right champion.

If necessary, the “war room” could go offensive. Since the 1990s, Bossie has used the darkest Clinton controversies to battle both Bill and Hillary Clinton and, when warranted, could resort to the controversial “nuclear card.” The “nuclear card” rests on the controversial Wikileaks disclosures and associated testimonies, to steer public spotlight toward the gross abuse of public funds by the Clintons, Democratic leadership, and the 2016 deaths of Democratic operatives who were hoping to testify against such abuses and corruption before their odd deaths (including Seth Rich, Shawn Lucas, John Ashe and Victor Thorn).

Historically, the appointment of special counsel has often been accompanied by unintended consequences and collateral damage. The Mueller investigation is not likely to be an exception. When necessary, Trump’s “war room” will resort to offensive actions that will drag into the daylight the darker side of the Democratic leadership. As a result, America’s international clout, which has eroded almost two decades, may suffer new, more extensive, even irreparable harm.

Since the Mueller investigation is likely to slow down those parts of the Trump agenda that require legislative support, it may well steer the administration’s interest toward bold, executive actions. As long as the White House and Beijing can concentrate on cooperation, the constrained focus could take the bilateral ties on a new, broader level faster than anticipated. However, if cooperative benefits are seen as inadequate in the White House, Beijing, or both, the result could be a challenging lose-lose scenario. Consequently, failure in U.S.-Chinese talks is not an option.

Donald TrumpChina-US-Russia Relations
printTweet
You might also like
Back to Top
CHINA US Focus 2018 China-United States Exchange Foundation. All rights reserved. Disclaimer