What a Superpower Provides that the U.S. Doesn’t

The whole world is watching the Trump administration with great anxiety. Will he cut taxes while raise the tariffs? Will he build a wall along the border with Mexico and ask for a revision of NAFTA? Is he going to launch a trade war with China and overthrow the U.S.’ adherence to the “One China Policy”? Will he dance a tango with Vladimir Putin and reset the U.S.-Russia relationship again? How will he strike a balance between Israel and the Arab allies; change the Iran nuclear agreement while fighting the ISIL? The new President may feel great being the focus of global media in such a short time, but is it good for the U.S. and the world? We are not so sure. 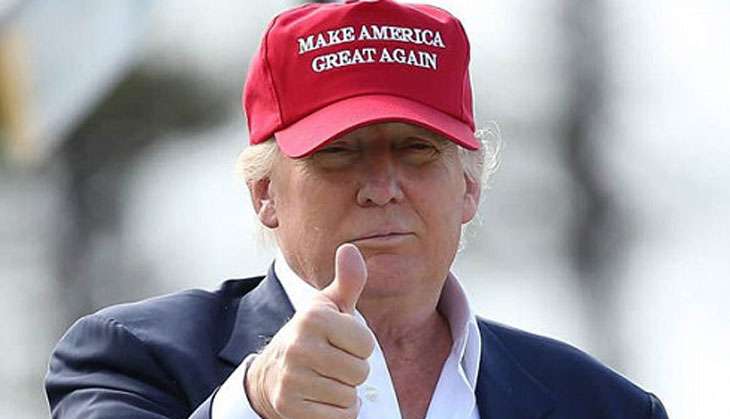 The whole world follows President Donald Trump closely only because the United States is the superpower and has a strong capability to either benefit or harm other countries’ interest. From the end of World War II, the U.S. has possessed a predominant power among all countries, the collapse of Soviet Union in 1991 only pushed the U.S.’ position in the world order higher. That period of history was called by American pundits as the “unipolar moment”.

The concentration of power unavoidably gives a hegemon the capability to maintain existing world order. At the same time, the hegemon naturally has the motivation to maintain that order since it can enjoy superiority in the stable environment. Thus no matter whether the hegemonic power or other countries like it or not, a hegemon always provides the world with stability. This is the most important public good for the world. In a stable environment, the strategic directions of the hegemon and other major players are basically predictable. The rest of the world can make their policies based on this predictability.

So it is interesting and puzzling to see how the U.S. failed to provide the world with predictability in past two decades.

When George W. Bush moved into the White House in 2001, he adopted a policy that was famously known as “ABC” (Anything but Clinton). The administration rejected the Kyoto Protocol signed by President Clinton, withdrew from the Anti-Ballistic Missile Treaty and bypassed the U.N. when he started the Iraqi War. On China policy, at the early phase of his first term, President Bush personally pledged that the U.S. would do "whatever it took to help Taiwan defend herself", the tone was dramatically different from his predecessors’ “3 no’s policy” (the U.S. does not support independence for Taiwan, or "one China, one Taiwan", or "two Chinas", or its membership in any international bodies whose members are sovereign states.) and his own policy in his second term.

President Barack Obama, who stepped into power in January 2009, changed Bush administration policies in many regards. He re-started the U.S.’ effort countering global warming, called for a “nuclear-free world” cordially, and pivoted the U.S. foreign policy focus from the Middle East to the Asia-Pacific. President Obama and the Democrats also showed a strong inclination to embrace the U.N. and other multi-lateral international organizations.

Now many people are expecting an “anything but Obama” administration to emerge in Washington. Trump already has announced that he will withdraw from the Trans-Pacific Partnership, which was a pillar of Obama administration’s rebalance strategy. The Obama administration had an extremely tense relationship with Putin’s Russia, but Trump will definitely reverse the trajectory. Trump may undermine the Iran nuclear deal and the U.S.-Cuba normalization process, which are viewed as icons of Obama’s foreign policy legacy. Most shocking and dangerous change from a Chinese perspective: Trump challenged the bi-partisan “One China Policy” which has endured last four decades, by having a phone conversation with Taiwan leader Tsai Yin-wen after his election victory.

The root cause of those dramatic policy shifts is the polarity of American domestic politics. The relationship between the two parties of the U.S had become so hostile, it produced serious spillover effects and damaged the continuity of its foreign policy. The depth of political appointments in the U.S. bureaucratic system intensifies the policy shifts further. Unlike the system in Britain and other countries, when a new president moves into the White House, almost all senior and mid-level officials in executive branch will leave. So it’s no surprise that in past 15 years, the world has witnessed the pendulum of U.S. foreign policy swing from one end to the other for the third time. Imagine you are a climate policy maker in some other country — and how difficult it has been for you to make your policy while the only superpower (and the second largest carbon emitter) changes its policy so dramatically. If you are a U.N. official, it may be frustrating to see the only superpower, one of the permanent members of Security Council and the host of the UN itself change its positions towards climate change from one end to the other.

To save costs, Trump, who was a real-estate tycoon, is going to cut the public goods that it used to provide to the world and partners. The international free-trade regime and the U.S.’ alliance system are the two prime examples. Moreover, Trump intentionally wants to be unpredictable. In his book Crippled America, Trump states clearly, “I don’t want people to know exactly what I’m doing----or thinking. I like being unpredictable.” He plans to combine the power of his country and his personal unpredictability to produce fear and anxiety, which he believes will lead to U.S. benefits and gains.

This tactic could win in some cases in the short run, but it’s almost doomed strategically. Power in modern world is produced increasingly from respect, attraction and identity, rather than fear, anxiety and a sense of owing. International politics is far more complicated than making deals with business partners. Calculating the cost of public goods it provides and playing tricks through unpredictability is the symptom of weakness, and will not make the U.S. great again.

US Foreign PolicyGlobal GovernanceDonald Trump
printTweet
You might also like
Back to Top
CHINA US Focus 2018 China-United States Exchange Foundation. All rights reserved. Disclaimer