Why China Might Prefer a Hawk to a Loose Cannon

China’s citizens and its government are captivated by the 2016 U.S. presidential election, eager to speculate about what it will mean for America and the Sino-U.S. bilateral relationship after the eight-year Obama presidency concludes. Though the single largest primary contest for both parties will be held in California on June 7th, both the Democrats and Republicans have already decided upon their presumptive nominees. When they each hold their national conventions in July, it is all but certain that the parties will confirm a general election race between Democrat Hillary Clinton and Republican Donald Trump, and Chinese media is already weighing in on the implications of that matchup. 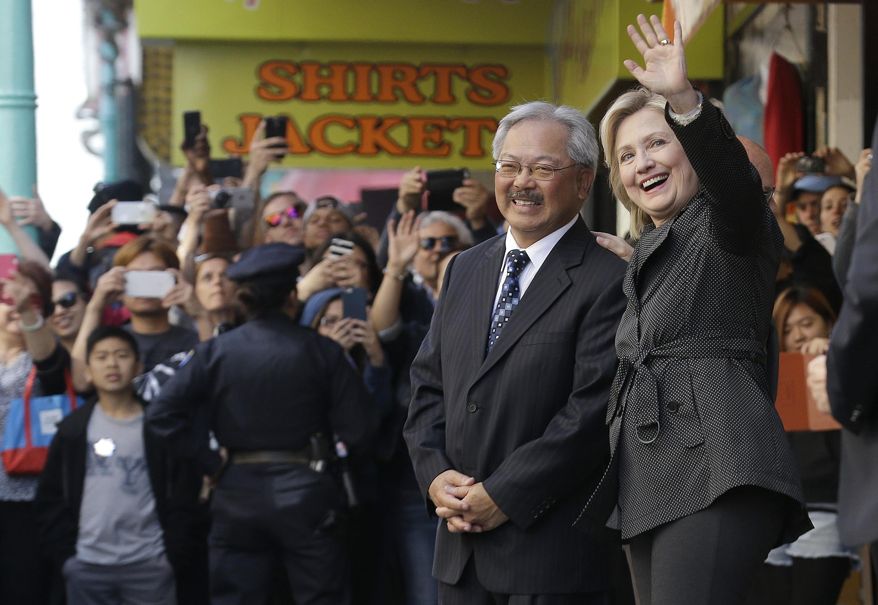 Though there have been anecdotal reports of Chinese citizens interested in Donald Trump’s candidacy, they are contrasted by an outpouring of criticism from China’s state-owned media. The overwhelmingly negative reaction to Trump can be explained by an evolution in election year China-bashing from Republicans.

With the exception of Jim Webb’s brief candidacy, the Democrats have generally avoided discussion of China on the campaign trail this year, though Clinton may point to her dealings with Beijing as Secretary of State during the general election as evidence of her rich foreign policy experience. Trump has embraced the opposite extreme, repeatedly antagonizing China during debates, speeches and interviews. Presidential hopeful Mitt Romney’s threat to label China a currency manipulator pushed the boundaries of diplomatic propriety in 2012; Trump treats the same position as a jumping off point.

The difference between Trump in 2016 and Mitt Romney in 2012, or even John McCain in 2008, is that his harsh words for China serve as a simple rallying cry for disaffected American voters who have experienced diminished job security and standards of living. Romney and McCain each proposed making demands of China that aligned with the Republican establishment. Trump’s positions on exchange rates, or a 45 percent tariff on Chinese goods, depart from the standard GOP ideology and fail to pass the scrutiny of policy experts, but they speak to white, working class Americans who view economic growth as a zero-sum game.

As unlikely as a 45 percent tariff would be under a President Trump, he would almost certainly alter the course of American trade policy in the Pacific. He has repeatedly railed against the Trans Pacific Partnership, calling it a horrible deal for the United States. Unless President Obama can get the TPP to a vote during his lame duck session following the election in November, the decision to approve it will fall to the 115th Congress, and to the next president to sign. Enacting new, far-reaching tariffs would be difficult, but simply refusing to sign an agreement drafted by the previous administration would be all too easy for a President Trump.

That point may be moot, since Hillary Clinton has also signaled her tentative opposition to the TPP during the Democratic primary. As a key architect of the Obama administration’s “Pivot to Asia,” Clinton is expected to personally favor the agreement; the reasons for her criticism stem from the disapproval exhibited by Democratic voters and policymakers alike. As much as Clinton might like to sign the TPP into law next year, the prospect of her win ushering hostile Democrats into the Senate might deny her the chance to do so.

Heading into the general election, then, there are few appreciable differences in how Clinton and Trump would tangibly shake up the Sino-U.S. relationship in the short term. For all of Trump’s tough talk, he has yet to commit to policy prescriptions that would challenge the status quo – even his proposed 45 percent tariff has since been walked back as merely “a threat.” However, the one policy area over which Beijing is correct to express concern is Trump’s vision for East Asian regional security, and particularly his flagrant apathy with regard to nuclear non-proliferation.

At a town hall meeting held in March, Trump told CNN’s Anderson Cooper that he “would rather see Japan having some form of defense, and maybe even offense, against North Korea.” Stating that nuclear proliferation by countries like Japan, South Korea and Saudi Arabia was “only a matter of time,” Trump proposed multilateral armament as a means of reducing the burden of regional security on U.S. armed forces.

This shocking deviation from precedent explains why China’s government and its media will default to support for noted China-hawk Hillary Clinton. The Chinese public is somewhat familiar with Donald Trump, but primarily as an entertainer and as a businessman, while public disdain for Hillary Clinton as a politician remains. But those sentiments are baked in, and Clinton presents to Chinese politicians an undeniably superior alternative to Trump’s loose cannon: a known entity with predictable behavior who will maintain the current tenor of bilateral diplomatic dialogue.

With Clinton favored to win the general election in November, very little may change from China’s perspective when President Obama vacates the White House. There are, however, several takeaways from this election cycle that Chinese diplomats should pay attention to. The Trump and Sanders insurgent candidacies both have roots in economic populism, drawing on movements that remain skeptical of globalization and trade liberalization. They provide a glimpse of growing isolationist tendencies on both sides of the aisle in America, but Beijing should wait until the general election to make predictions for the coming four years. Hillary Clinton would have more diplomatic experience with East Asia than arguably any president in U.S. history, and like Barack Obama, she may be willing to push back against both parties to achieve her goals there.