Expectations were modest for the summit meetings in Washington between China’s President Xi Jinping and U.S. President Barack Obama, and the results matched those restrained expectations. Fortunately, the Obama administration spurned the calls of Republican hawks, including presidential candidates Marco Rubio and Carly Fiorina, to adopt a highly confrontational stance in the talks. Rubio (along with former candidate Scott Walker) had even urged the president to rescind the invitation he had given to Xi for a state visit. That action would have been an egregious insult to the Chinese government and people and caused serious damage to the bilateral relationship. Instead, the atmosphere throughout the talks was cordial and businesslike. 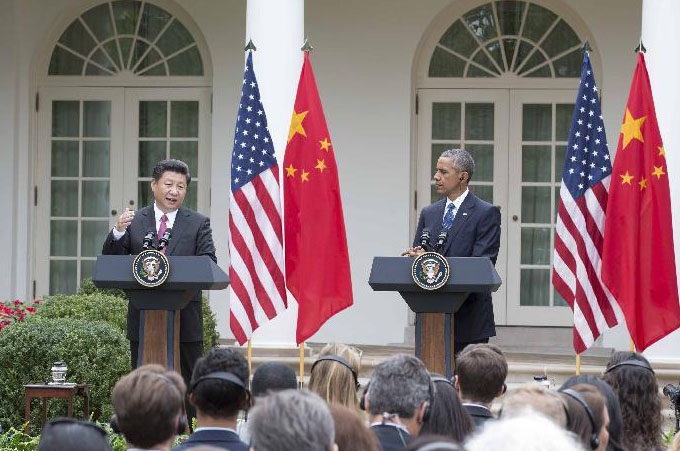 Some limited but worthwhile substantive achievements emerged from the state visit. The two leaders signed an agreement to curb the worst practices of cyber espionage, which had become one of Washington’s prominent grievances. The agreement is mostly symbolic, since it is not long on specifics about what constitutes prohibited activities, and there are no enforcement mechanisms to deal with violations. It is primarily a statement of peaceful intent, and that is probably the best outcome that one could have expected from this round of diplomacy.

The reality is that all major powers engage in systematic espionage, including cyber espionage, and China and the United States are no exceptions. The revelations by both Wikileaks and Edward Snowden show conclusively that Washington spies on adversaries and allies alike. Consequently, the growing expressions of outrage at China’s cyber snooping are more than a little hypocritical.

At the same time, there is a crucial difference between cyber espionage and cyber vandalism. U.S. officials are understandably concerned about indications that Chinese intelligence operatives may have been be responsible for hacking episodes that sought to disrupt important American computer systems. A disruption of the electric power grid, for example, could take down the U.S. financial system, or if it occurred in winter and knocked out residential and commercial heating systems, could cause massive suffering and even loss of life.

Seeking common ground on this issue is important, and the new agreement does so. Both sides especially needed to provide assurances that their personnel will not cross the line from espionage into cyber vandalism, and that both governments will, in fact, take affirmative steps to prevent such conduct. Although the operative provisions were vague, the intent of the new agreement seems to fit that pattern.

Another conciliatory diplomatic gesture that emerged from the talks was the commitment on China’s part not to militarize the artificial islands that it is building in the South China Sea. Again, the achievement is a modest one, since it does not really address the sharply conflicting territorial claims of China and its neighbors. Nevertheless, it is a step in the right direction and is likely to dampen the rising tensions in the area. The degree of conciliation would have been strengthened if Washington had explicitly abandoned its assertion of the right to conduct provocative air and naval patrols in the disputed waters. At a minimum, the United States should take that step without fanfare and thereby contribute to the long-term reduction of tensions.

One issue that deserved more attention than it received at the summit was the problem of North Korea. That was perhaps the biggest missed opportunity in Xi’s visit.

Greater cooperation between China and the United States is badly needed regarding Pyongyang’s nuclear and ballistic missile programs. There have been multiple signs for several years that China’s patience with its North Korean client is wearing thin. President Obama should have exploited that situation to propose a bold joint policy move. Since Washington’s longstanding attempt to isolate Pyongyang has not worked, a new approach, similar to the Obama administration’s successful initiative to normalize relations with Cuba, is warranted. President Obama should have indicated to President Xi that the United States is prepared to open a wide-ranging dialogue with North Korea to address not only the nuclear issue but all areas of tension between the two countries. In exchange, the United States needed to seek assurances from China that if, despite such a major concession, North Korea still proves uncooperative and continues to build a nuclear arsenal and threaten its neighbors, China will impose rigorous sanctions against Pyongyang.

Since China provides a majority of North Korea’s food and energy supplies, Beijing is the one country that can truly inflict serious pain on Kim Jong-un’s regime. For various reasons, China has been reluctant to exercise such decisive leverage–especially if the United States remains unwilling to engage Pyongyang in a meaningful manner. If Washington’s policy changes, pressure should mount on Beijing to be more proactive as well. Unfortunately, there is no indication that Obama made such a proposal in his meetings with Xi.

Still, the summit can be considered a solid success. It was a cordial, dignified affair that produced some modest diplomatic achievements. Given the rising hostility toward China in some American political circles, and the growing calls for a confrontational policy, that is no small accomplishment. The fundamentals of the relationship remain sound, and those who seek to poison the bilateral ties were firmly rebuffed. There were a few missed opportunities at the summit, but those issues can be addressed at future meetings.