A Review of China’s Political Maneuvers in the THAAD Standoff 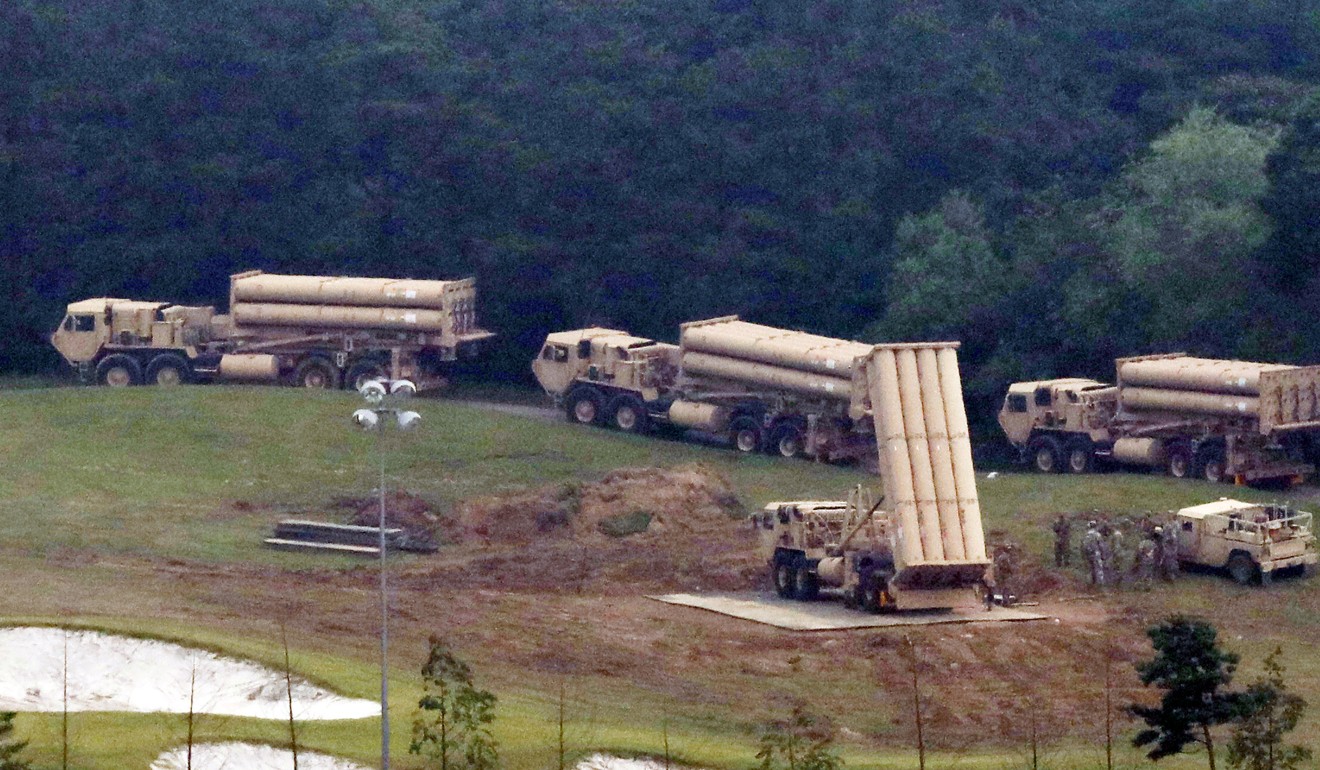 China and South Korea agreed to normalize bilateral relations at the end of last month, officially ending a diplomatic dispute that began one year ago when Seoul and Washington decided to deploy the Terminal High Altitude Area Defense (THAAD) in South Korea. There has been much discussion of how this turning point in China-ROK relations could impact the geopolitics of northeast Asia in the near future, but it is equally worthwhile to review what happened during the THAAD standoff and its long-term implications.

The year-long impasse of China-ROK relations was essentially due to Beijing’s serious concerns over what it perceived as the U.S.’ containment strategy against a rising China, with THAAD’s powerful radar capable of looking inside Chinese territory and thus constraining China’s strategic deterrence capability. In response, Beijing resorted to economic pressure. After South Korea gave the green light to THAAD, its businesses in China, especially tourism, cosmetics, and cultural industries, soon bore the brunt of a Chinese backlash. Lotte is a prominent example of the companies that suffered unexpected losses. The South Korean business giant had agreed to provide the South Korean government with its golf course for the deployment of THAAD this February. Half a year later, it was forced to retreat from the Chinese retail market after 87 of its 99 retail stores in China were closed or suspended, for which the company estimated a loss of $441.7 million.

The withdrawal of Lotte was considered a triumph for China’s robust anti-South Korea movement for protesting THAAD, which largely consisted of Chinese nationalists who “rejected to pay dividends for those who pose a threat to the homeland,” as numerous social media commentators wrote. Even though many participators attributed the movement to a spontaneous and voluntary one, the Chinese government was the visible sponsor behind it. For example, after Lotte made the decision to provide land for THAAD, Global Times, the influential Chinese newspaper under the People's Daily, soon advocated for “bypassing” South Korean products with an editorial titled “We have no choice but to attack Lotte and punish South Korea.” Alongside nationalistic propaganda came direct administrative retaliation: A great number of Lotte stores have been shut down by regulatory authorities for “safety reasons.”

The countermeasures China adopted can be summarized as “economic coercion based on nationalism,” i.e., the government legitimized and enforced the retaliatory measures and maximized their effect through appealing to citizens’ nationalism. Although Beijing ultimately failed to shake South Korea’s firm stance on THAAD, many analysts believe China’s maneuvers demonstrated its growing willingness to use its economic muscle and nationalism as leverage, since China’s strong public base of nationalism and the growing economic dependence of foreign actors in China proved a potent combination. However, such a speculation could be a misjudgment. The Chinese government should be expected to be more prudent about the economy and nationalism cards it has played in the THAAD dispute, instead of using them as a “conventional weapon” in the future.

One important reason is that people are becoming more rational. Although commitment to the homeland remains a priority for the majority of citizens, critical voices on nationalism and patriotism are becoming more prominent in China’s social discourse. This is largely due to the fallout from a nation-wide anti-Japan demonstration in 2012, which began after Japan’s nationalization of disputed Diaoyu (Senkaku) islands and developed into a riot, to which ordinary citizens and their properties fell victim. The case of a Japanese car owner Li Jianli, who was paralyzed by a patriotic youth, particularly gave rise to universal reflection on patriotism. Since then, the idea of “rational patriotism” has gradually become more welcomed. In essence, “rational patriotism” reflects a demographical trend of better education and the rise of the middle class. Embodied in Lotte’s case, expressions of sympathy over the number of jobs lost in China after the nationalist’s victory in expelling Lotte gain much support. Ordinary people are increasingly aware of the complicated interdependence between China and other states, and realize that China will pay a cost too, when hurting others.

The Chinese government, on the other hand, is increasingly preoccupied with balancing its security environment and economic and investment environment. It needs to prove its legitimacy through not only the consolidation of sovereignty and national identity, but also good economic performance and, what is more, a progressive image. One of the latest signs of China’s thematic trend comes from President Xi’s recent meeting with a group of U.S. executives one week after the 19th Party Congress, where he reaffirmed China’s commitment to further economic openness and reform vis-à-vis these foreign business leaders. It is a China more deeply integrated in the global economy that the new leadership aims to build for the future. Accordingly, inciting nationalism and administrative retaliation will not serve China’s national interests in the long run. They could easily corrode the confidence in the Chinese market, which the government has gone to great length to build, and they essentially deviate from the identity that the state set for itself – a more open and rule-based player.

Another reason why the state will abstain from normalizing economic coercion based on nationalism is that while China can utilize other states’ growing dependence on it to serve its geopolitical interests, those targeted regional players can also use political countermeasures to hedge their economic risks. This is especially likely when we take into account regional states’ local nationalism, a form that is sensitive to China’s economic “hegemony.” In this way, China could mistakenly trigger a tighter alliance between China’s neighbors and the U.S., which would be the last scenario Beijing wants to see.

Therefore, China’s political maneuvers in the THAAD standoff should not be overstated. THAAD is a unique case, where Beijing felt severely disadvantaged and out of other appropriate options. Nor should the world be over concerned about a nationalism-led Chinese government. For example, the recent move towards normalization between China and South Korea has nothing to do with Chinese domestic consensus on THAAD and South Korea, which stayed constantly adversarial for months. The normalization took place after Xi’s consolidation of power, North Korea’s growingly aggressive stance, and an emerging consensus between China and the new U.S. administration on further cooperation. In general, the Chinese government remains flexible on foreign relations and is able to adjust policies in accordance with changes in internal and external environments.

If you review China’s social media threads on the China-ROK normalization, you may notice the disappointment of active participators in the boycott against South Korea. Another recent event that dissatisfies Chinese nationalists is China’s release of three UCLA basketball players who committed theft, which has reminded many people of extraterritoriality in the “century of humiliation.” While the Chinese government is by no means immune to these social pressures, it is the increasingly complicated interests of China in the world that require the government to act as pragmatically as possible.

In conclusion, while Beijing’s economic coercion based on nationalism in the THAAD standoff seems worrying from the standpoint of a foreign observer, the growing enlightened population, the state’s determination to further embrace the rules-based liberal order, and the government’s rising inability to answer the nationalistic appeals together mean that such a political maneuver is unlikely to be repeated often in the future. We should have confidence in China’s gradual transition from an old paradigm of diplomacy toward a new one. Meanwhile, its efforts in the process, such as taking steps to mend bilateral ties with South Korea despite the differences over THAAD, should get more recognition from the world.