Breaking Neutrality in the Name of Impartiality

Speaking at the 5th South China Sea Conference at CSIS in Washington DC on July 21, the US Assistant Secretary of State for East Asia and Pacific Affairs, Daniel Russel, indicated that “We are not neutral when it comes to adhering to international law. We will come down forcefully when it comes to following the rules. We the United States are obligated to protect US interests”. 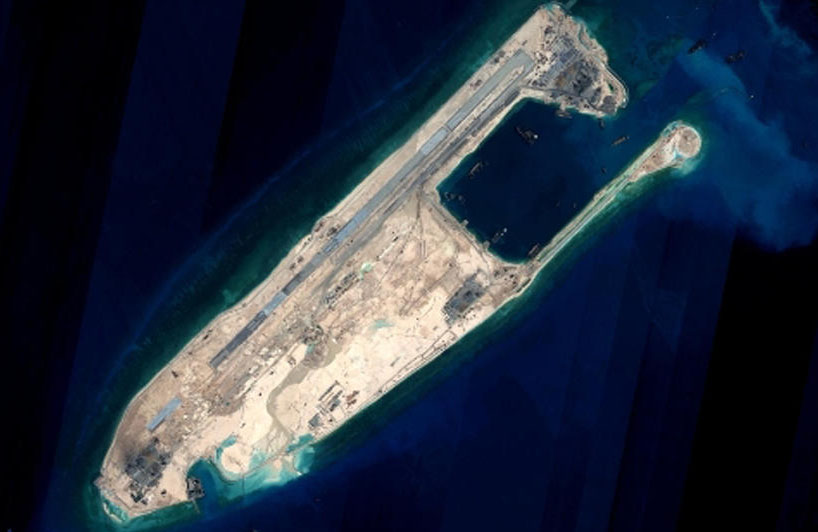 Among the aforementioned three sentences, he is sincere about two of them, especially, “We are obliged to protect US interests.” In addition, he is telling the truth that for protecting US interests, “We are not neutral when it comes to adhering to international law.”

There are two types of disputes between China and the Philippines concerning the South China Sea. The first is about the sovereignty while the second economic rights associated with sovereignty. China has claimed that it is sovereign on all islands, islets and reefs on its side of the U-shaped lines. For ages its ancestors have discovered and explored them. Past Chinese governments have claimed and exercised possession of some of them for centuries, most recently in 1948 in a holistic way by announcing its U-shaped dash lines. The Manila authority has raised no counter-claim for nearly half a century, virtually admitting Chinese claim. The Philippines changed its constitution for the first time in 1997 to demand islands and reefs inside its exclusive economic zones (EEZ), eventually raising the dispute with China.

The 1982 UNCLOS indeed accords at least 200 nm of EEZ for all littoral states, but only for economic resources. The UNCLOS is never an instrument for sovereignty. Subsequently, the International Tribunal has been handling inter-state dispute over economic interests, but not for settling territory at all.

Even with the UNCLOS, China’s claim over sovereignty of islands and reefs in the current disputed area is unchallenged. Some of these rock features may qualify as territorial waters, and under certain conditions, even their own EEZ. China’s sovereign rights there shall never be disrupted by the making of UNCLOS. Should China’s island-based EEZ overlap with that of the Philippines, the two sides shall talk to cut a deal for dividing their respective EEZs.

China fully respects international law and global governance, but it is up to China and the Philippines to settle their territorial dispute in the first place. With the Philippines tacitly still admitting Chinese territorial claims until some two decades ago, Manila is apparently weak on the root cause of its dispute with China. To avoid an “all lose, all win” scenario, China has long suggested launching bilateral negotiations with the Philippines for all such territorial and economic rights. However, it is Manila that has negated its earlier virtual admission of Chinese sovereignty, taken military action to encroach Chinese islands and reefs, refused to talk but approached the wrong court.

The US position on this matter is not only full of multiple standards but misleading. At an earlier stage, America has claimed its neutrality, taking no side between China and the Philippines. Presently, the US is asking both claimants to respect the UNCLOS and International Tribunal, which is looks neutral. However, in the name of observing international law, i.e. the UNCLOS, the US has intentionally ignored the Philippines’ violation of the UN Charter by intruding on Chinese sovereignty and subsequently denying Chinese maritime economic rights associated with its maritime sovereignty.

Therefore, Assistant Secretary Russel is indeed telling the truth that the US is not neutral when it comes to adhering to international law. A further scrutiny of US history would lead to more disturbing suggestions that America may seldom care about international law. Its “annexation”, if not aggression, of the Kingdom of Hawaii in 1893 was based on no international law at all. Despite its recognition of Taiwan as a part of China when it normalized relations with the People’s Republic in 1979, the US has kept selling weapons to the renegade island province in accordance with American domestic law, The Taiwan Relations Act, rather than any international law. When Washington launched its war on Iraq in the name of pre-emption in 2003, it had neither received UN endorsement nor acquired any evidence to beef up the legitimacy of its assertions.

The US has broken its neutrality in the name of impartiality, though that is never new to anyone. Contrary to its professed purpose of “rebalancing”, Washington is raising the temperature in South China Sea and could eventually face a more undesirable situation in the region.