Can China and the US Agree on Freedom of Navigation? 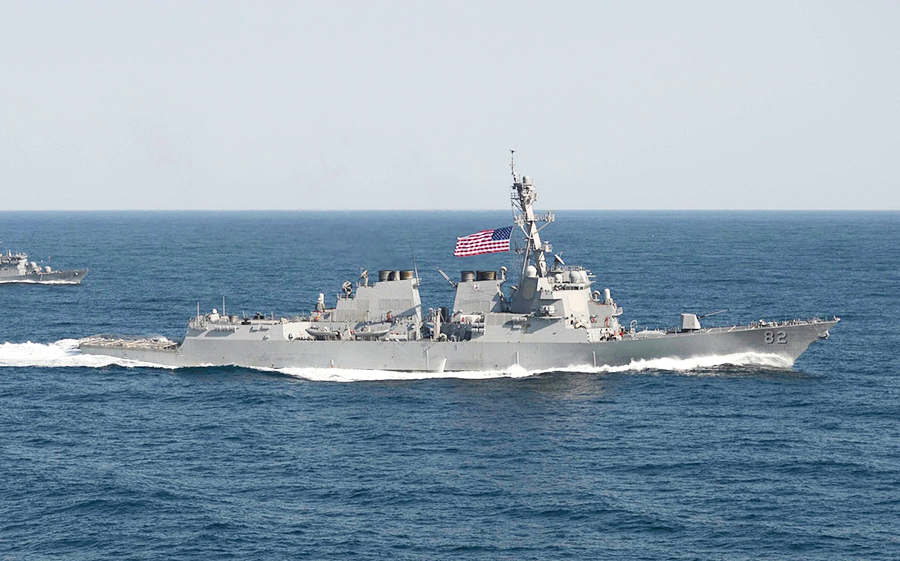 Such differences in interpretation are not surprising. Negotiations on the United Nations Convention on the Law of the Sea (UNCLOS) took nine years. The final text is an inclusion, but also a necessary compromise, of the interests of over 140 countries that are involved in the negotiations. Understandably controversies arise.

Could there be a way out? Theoretically one of the ways for China to establish equilibrium is to reciprocate with similar and frequent close-in surveillance and reconnaissance against the US territories, especially the continental USA. But China doesn’t have such a military capability. More importantly, it doesn’t harbor such a wish. Such an exchange of hostility in the name of freedom of navigation will only look like another Cold War.Another way out is for China and the US to meet halfway. This stems first from an increasing need for China to enter other countries’ territorial sea or EEZs. So far the Chinese Navy has entered the territorial sea of Somalia, Syria and Yemen and the EEZ of Libya in different UN-mandated missions and during evacuation of Chinese and foreign nationals. About one-third of international waters are EEZs. As a result of China’s growing interests overseas and international obligations, the Chinese Navy will have to enter other countries’ EEZs more often. The Chinese Navy will also conduct more passages through international sea lanes, even if they are in the territorial sea of other countries. Like the US, China may wish to have a wider global commerce at sea. Eventually it may prefer to have a more flexible view of freedom of navigation.

A compromise was already made in the 14th Western Pacific Naval Symposium (WPNS) in Tsingtao in 2014. Twenty-one member states unanimously agreed to adopt a new edition of Code for Unplanned Encounters at Sea (CUES). CUES offers safety procedures, a basic communications plan and maneuvering instructions when naval ships or naval aircraft of one state meet casually or unexpectedly with a naval ship or naval aircraft of another state. Previously China vetoed a draft that describes how naval vessels should avoid meeting each other unexpectedly in territorial waters. This is impossible, because Chinese law requires a foreign military ship to have approval of the Chinese government first before it is allowed to enter into Chinese territorial waters. In other words, there is no likelihood for a foreign military vessel to have an “unplanned encounter” with any Chinese naval vessels in China’s territorial waters. At the 14th WPNS, all parties agreed not to mention “territorial sea” any more, therefore the new edition of CUES became a technical brochure without geographic limitation that could bring in political disagreement.

CUES is now being discussed at the Indian Ocean Naval Symposium (IONS) too, and is likely to be adopted as well. If agreed, 22 member states of the IONS will voluntarily observe the same procedures. The global common in both the Pacific and the Indian Oceans will become bigger for all countries including China.

On the first question, although China is opposed to American surveillance and reconnaissance in its EEZ for security reasons, PRC Law on the EEZ and the Continental Shelf doesn’t require notification of the Chinese government. On the second question, the fact is most of the countries in the world, especially the developed countries, don’t require approval for foreign military vessels to conduct innocent passage in their territorial waters. Although China is still a developing country, it is also the second-largest economy in the world. If it is possible for China to accept a foreign military vessel’s innocent passage without approval one day, accepting CUES that diminishes geographic limitation would look like the first step in that direction. The Rules of Behavior (ROB) for Safety of Maritime and Air Encounter signed bilaterally between China and the US are in line with the rules of CUES. There is no specific geographic limitation either.

But one needs to bear in mind a major difference. Whenever the Chinese naval vessels enter the territorial sea of other countries, usually the vessels would conduct transit passage rather than innocent passage in the international sea lanes. Transit passage doesn’t need approval of the littoral states. Because of China’s sensitivity to its own sovereignty, it wants to show full respect to the sovereignty of other nations. That is why China maintains that its naval vessels’ passage through Tanaga Pass of the US and Tokara Strait of Japan is transit passage, even if innocent passage is allowed by American and Japanese law.

Currently there is no way for China and the US to agree on American military activities in China’s EEZ, let alone in China’s territorial sea. In China’s view, such activities are not for peaceful purposes and represent a security risk. Quite a few dangerous encounters have happened. Both sides pointed fingers at each other. For China, such encounters are not “unplanned”, because the US naval vessels are “planned” to come. The danger is if China believes such intrusion by the US is planned, then its willingness to abide by CUES or ROB can only diminish, and the danger of an incident or even conflict will grow. Although UNCLOS doesn’t specifically restrict military activities by one country in the EEZ of another country, as claimed by the US, it doesn’t justify them either, as claimed by China. However “due regard for rights and duties of the coastal states” and “for peaceful purposes” are clearly stated which touch a chord with the Chinese side.

The US is challenging China in the South China Sea on an issue in which it claims to have no position. The US certainly enjoys freedom of navigation in the South China Sea, but its sailing within 12 nautical miles off China-controlled islands and reefs can only be a provocation in that these waters are not internationally recognized sea lanes. Harping on the legitimacy of such passages is a misinterpretation, if not abuse, of freedom of navigation, to say the least.

Although the award of the South China Sea arbitration is in favor of the Philippines, it is hardly a game-changer given China’s declared position of non-acceptance. If the US takes advantage of the verdict and increases its military activities in the South China Sea, it will only irk China all the more. Even if China doesn’t respond militarily, it will surely cost Sino-US cooperation elsewhere.

Sino-US cooperation on freedom of navigation is possible when it is not at the cost of the security of the other side. Rather than in the vicinity of their territories, it could start elsewhere around the globe. The cooperation between China and the US in the Gulf of Aden and Somali Basin is a good example: it is counter-piracy; it is also maintenance of sea lines of communication, and perseverance of freedom of navigation.

EEZ South China Sea
printTweet
You might also like
Back to Top
CHINA US Focus 2018 China-United States Exchange Foundation. All rights reserved. Disclaimer