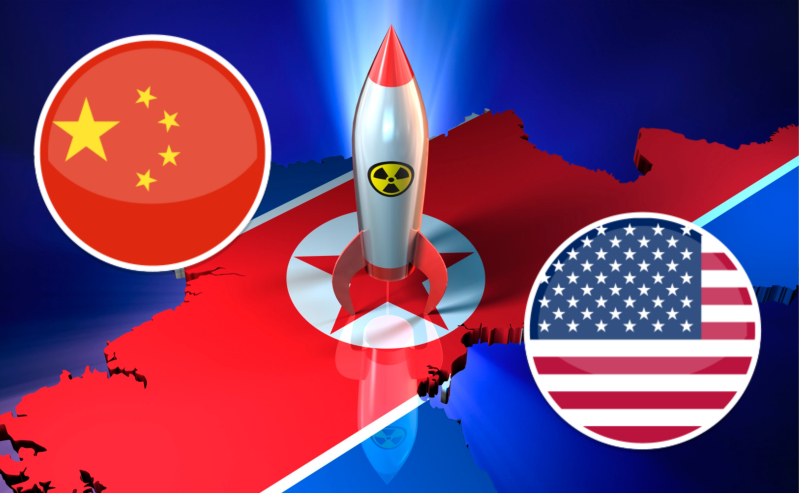 While China and the United States agree that Iranian and North Korean ballistic missile tests are aggravating regional instability, they differ regarding how best to respond to these threats.

China and the United States, along with Britain, France, Germany, and Russia, all signed the July 2015 Joint Comprehensive Plan of Action (JCPOA). The deal limited Iran’s nuclear activities in return for suspending some international sanctions on Tehran.

In his September 19 speech before the UN General Assembly, U.S. President Donald Trump called the Iran deal “one of the worst and most one-sided transactions the United States has ever entered into,” implying either that the United States would withdraw from the pact or demand major changes.

One of these demands would definitely be implementing more rigorous limits on Iranian missile developments and deployments. U.S. officials see these tests as violating the “spirit” of the deal and have applied non-nuclear sanctions on Iran following recent tests. French President Emmanuel Macron also recently demanded restraints on Iranian missile launches.

China is eager to maintain the nuclear deal with Iran, while also negotiate a similar settlement with North Korea. In a September 21 meeting among the JCPOA parties, Foreign Minister Wang Yi connected the two nuclear issues, arguing that the Iran deal was helping to mitigate the kind of nuclear tensions occurring on the Korean Peninsula.

Wang termed effective implementation of the JCPOA, despite its flaws, as crucial for demonstrating support for the nuclear non-proliferation regime, global governance, and for illustrating the “beneficial practice of solving a hot spot issue through political and diplomatic means.”

North Korea’s challenge to Sino-U.S. solidarity is arguably more urgent than the Iran crisis. At the UN, Trump said that he was prepared to “totally destroy North Korea” if Pyongyang continued to threaten Washington and its allies.

Besides raising the costs of U.S. military action to defend U.S. allies against North Korea, Pyongyang has also sought to use its nuclear weapons and ballistic missile tests specifically to divide Beijing and Washington. Although China and the United States can compromise on some countermeasures, divisions between them typically persist.

Beijing favors diplomatic solutions that limit U.S. military activities, such as its ‘freeze-for-freeze’ proposal that would suspend major U.S. exercises with South Korea in return for a cessation of North Korean missile and nuclear tests. However, Washington and its allies dismiss the mutual freeze proposal as rewarding Pyongyang’s provocations.

Instead, they have been openly considering options China has long opposed, such as Japan and South Korea acquiring longer-range offensive strike forces or returning U.S. nuclear weapons to South Korea. Though South Korean President Moon Jae-in had sought to improve ties with China and North Korea since he assumed office in May, Pyongyang’s pressure tactics have compelled Moon to focus on strengthening domestic defenses and the U.S. security alliance.

In response, China has cut back cultural, economic, and other ties with South Korea. For example, the number of Chinese tourists entering South Korea and South Korean cars sold in China have plummeted.

Chinese officials claim that the United States and its allies do not need defenses against Iranian and North Korean missiles, arguing that Washington exploits these threats as pretexts to build capabilities against Chinese missiles.

In contrast, U.S. officials and their regional allies see missile defenses as prudent means for deterring missile attacks or limiting their damage. As General John E. Hyten, Commander of the U.S. Strategic Command, explained last week at Hudson Institute, regional defenses like THAAD and homeland defenses such as the ground-based midcourse defense (GMD) system are designed only “to prevent strategic attack on the United States” and support effective deterrence and diplomacy.

Greater mutual understanding and cooperation regarding missile defenses is necessary to moderate the Sino-American rift regarding the Iranian and Korean issues. Such collaboration would help avoid an offensive arms race in northeast Asia.

Recent events have created a more favorable environment to address BMD-related instability. These developments include widespread dissatisfaction with Iran’s and North Korea’s missile programs, the growing threat of great power tensions over these regional nuclear hotbeds, and alarm at the bellicose rhetoric surrounding these issues.

As others have argued on this site, Chinese and U.S. experts urgently need to conduct a joint analysis of possible confidence-building and stability-enhancing measures. These steps could include limiting missiles in northeast Asia as well as establishing information-sharing mechanisms aimed at reassurance through transparency.