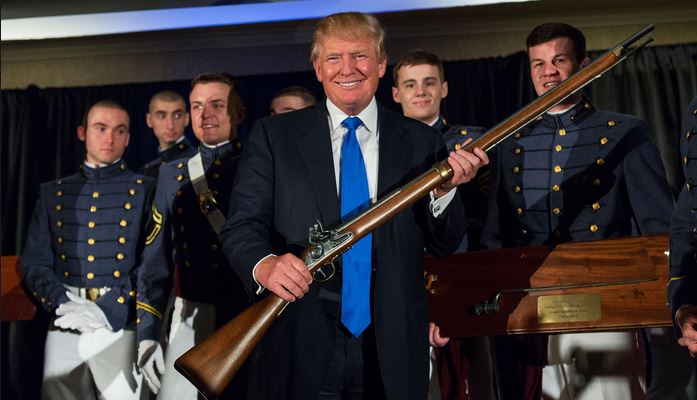 The term “threat multiplier” is one that students and scholars of international affairs are quite familiar with. The phrase, coined by Sherri Goodman, a policy maker and lawyer who focuses on energy, the environment, and national security, first appeared in a 2007 paper on climate change. Goodman describes a “threat multiplier” as a factor which may exacerbate other security threats of all kinds.

Threat multipliers come in varying forms, presenting unique challenges to overcome in order to mitigate their effects. For example, climate change has been called a threat multiplier by the United States military as it has the potential to increase the likelihood of infectious disease and terrorism, most notably by the way of famine.

Increased natural disasters could not only hinder how the military executes missions, but also could lead them to be called upon to assist in the aftermath of such disasters. This very example was also cited by former Democratic Presidential candidate Martin O’Malley who asserted that extended droughts in Syria created an opening for the rise of extremist groups such as ISIS.

However, what happens when the leader of the free world meets the criteria necessary to be classified as a threat multiplier? Since taking office, Donald Trump has continually taken actions that directly correlate to manipulating or increasing security threats on both a national and global level.

The United States’ continued involvement in conflict zones such as Syria has exacerbated the global refugee crisis. Most recently, Trump has reversed his position on increasing military action in Syria when he ordered an airstrike on an airbase in response to a chemical weapons attack. Coupling this crisis with his administration’s attempts to ban entry of fleeing these conflict zones creates a two-fold issue.

Firstly, such a ban only serves to deepen the refugee crisis. To describe the process that an individual has to endure before entering the United States as a refugee as arduous is a drastic understatement. Those seeking refugee status must first go through the United Nations, then to the State Department, and Department of Human Services. Applicants will more than likely wait anywhere between 18-24 months before ever setting foot on U.S. soil.

Further, a ban on refugees, particularly those fleeing Syria, severely limits the options for survival: either risk their lives escaping to a country that may or may not accept them or join a violent extremist group. Unfortunately, there will be those that opt to join groups like ISIS because making the journey to another country only to be wait upwards of a year for entry is simply not viable.

On an international level, the world has begun to feel the effects of Trump’s actions and many are concerned. During the last four months that Donald Trump has been in office, he has been confronted with one of the United States’ most complex and dangerous foreign policy conundrums; North Korea.

Every president comes into office knowing the precarious nature of U.S.- DPRK relations, and must do what they can to, at a minimum, avoid escalating tensions. Donald Trump, however, has made it clear that he does not intend to be like his predecessors.

While Trump has regularly used Twitter as a medium to air his thoughts and concerns on various foreign policy issues, doing so as he has in regard to North Korea has clearly resulted in an escalation of tensions between the two parties.

Since Trump has taken office, his aggressive comments suggesting potential military action against the defiant regime have resulted in Pyongyang conducting over half a dozen missile tests, with the most recent flying some 430 miles.

In more recent days, we have seen Trump withdraw from the Paris Accords, an act that received global criticism. In doing so, the United States joins two other countries on the outside: Syria, who’s participation is limited due to the war-torn state it is currently in, and Nicaragua, which felt that the agreement was not strong enough as its goals are established on a voluntary basis. As a result, countries within the European Union as well as China are teaming up to ensure that innovative measures are taken to meet goals, and plan to move forward with or without United States’ involvement.

Even more concerning during a time in which coalition and unity amongst the global community is vital; Trump has been involved in alienating a crucial U.S. military ally – Qatar. The energy-rich country is home to arguably one of the American military’s most important bases in the region. Countries such as Saudi Arabia, the United Arab Emirates, Egypt, and Bahrain have cut ties with the nation due to accusations that Qatar supports Islamist extremist groups. In response, Iran has been flying in food and supplies daily to ensure the country can remain stable until a solution is found.

One of the primary responsibilities as president is to ensure the security of the United States and more largely, stability on a global level. To serve as a “threat minimizer” if you will. However, in the last five months Trump’s lack of a committed, clear strategy has proved highly destabilizing and increased threats in the States and abroad. His disregard for the responsibilities of the Presidency only serves to further validate the concerns that American public and many around the world have about his qualifications and allow others to question the country’s role and ranking on the global stage.

Donald TrumpU.S. MilitaryKorean PeninsulaISIS
printTweet
You might also like
Back to Top
CHINA US Focus 2018 China-United States Exchange Foundation. All rights reserved. Disclaimer