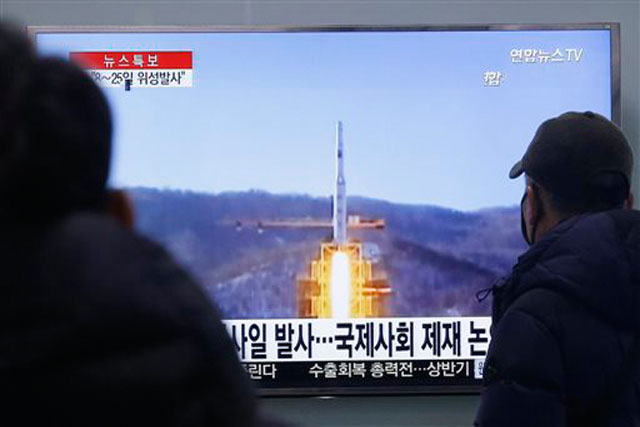 Concern over the Democratic People’s Republic of Korea’s nuclear and missile tests and combating terrorism and extremism constitute two of the key security issues discussed in the recently concluded 31st ASEAN and Related Summits held last November in Manila. Confidence building, diplomatic engagement between key claimants and sustained negotiations for a regional Code of Conduct have soothed tensions in the South China Sea, while recent developments have brought the DPRK’s nuclear and missile tests and terrorism to the forefront. Leaders from Southeast Asia and the major powers, the U.S., China, Japan, Russia, and India, met amidst an intensifying war of words between the U.S. and the DPRK and amidst the retreat of international terrorism, with militants in Iraq (Mosul), Syria (Raqqa) and the Philippines (Marawi) being routed.

The meetings also took place after successful leadership affirmations in major regional powers China and Japan, where incumbent leaders President Xi and Prime Minister Abe were given new terms in office, suggesting continuity in their domestic and foreign policy agendas. With the U.S. distracted by political controversies at home, and facing rising Russian and Iranian influence in the Middle East, China is expected to better expand its regional influence, with connectivity projects financed by the Belt and Road Initiative and the Asian Infrastructure Investment Bank gaining traction. Abe will sustain Japan’s bid to be a normal power and aspire to play a greater security role abroad, including in maritime Asia.

A return to negotiations and denuclearization constitute ASEAN’s key interests in the Korean Peninsula, as outlined in the organization’s Foreign Ministers’ Statement on the DPRK’s Nuclear Test last September 2017. The first of these key interests, negotiation, is modest and has a higher likelihood of taking place within a shorter period of time. Recent reports of the U.S. and DPRK’s willingness to engage in direct talks is a welcome development towards this end. On the other hand, the second point— denuclearization— may be hard to come by as Pyongyang sees its nuclear and missile program as its insurance against external attempts to trigger regime change. In fact, any talks predicated on denuclearization as a precondition are unlikely to progress.

ASEAN Defense Ministers expressed grave concerns over the escalation of tensions in the peninsula, strongly urged DPRK to comply with all relevant UN Security Council resolutions and expressed support towards denuclearization in a peaceful manner. The Ministers also called for self-restraint and a resumption of dialogue to de-escalate tensions. ASEAN was pressured to cut economic ties with the DPRK and contribute to isolating the regime diplomatically. ASEAN may yield to the first, given that trade with the reclusive regime is miniscule compared to trade with the U.S. (as well as with Japan and ROK). However, ASEAN may not easily give in to suggestions of completely disengaging DPRK given ASEAN’s openness, inclusiveness, non-interference and neutrality.

Defense ministers of the U.S., Japan and ROK discussed the threat of the DPRK’s growing nuclear and missile capability. As sanctions appear unable to prevent or deter North Korea from conducting further tests or issuing threats, it is possible that the three countries will consider taking additional measures if further tests take place. The U.S. may call for a broader missile defense to cover East Asian allies and outlying U.S. territories in the Pacific and this may be opposed by China and Russia as the coverage of such defense measures may go beyond the peninsula and may harm their security interests. Beijing is strongly opposed to the Terminal High Altitude Area Defense, for instance, as it may, in its limited coverage, already peer deep into China’s military capabilities, especially bordering the DPRK. At the very least, Washington, Tokyo and Seoul may bolster readiness for coordinated action and may conduct joint exercises and enhance information sharing.

However, while the ROK welcomes U.S. engagement, as evidenced, for instance, in the increased intensity of their annual joint exercises, Seoul disapproves of any American unilateral action without being consulted. ROK, China and Russia are contiguous neighbors of the DPRK, are within easy range of North Korean artillery and short range conventional missiles, not to mention the long range nuclear-tipped missiles the DPRK is developing, and will most likely receive thousands of refugees should war break out on the peninsula. China’s hesitation to take part in extra measures beyond UN-approved sanctions may thus be motivated by a mix of interests - self-preservation, and avoidance of being engaged in a conflict within its borders and assuming a serious humanitarian burden, not to mention worries about the U.S. role in a unified Korea.

The conclusion of the five-month battle to retake Marawi loomed large in the ASEAN and Related Summits. Though not without criticism, President Duterte placed the whole island of Mindanao under martial law to give the military the time they needed to defeat the terrorists at the least human cost and prevent the militants from regrouping or launching diversionary attacks in neighboring places. ASEAN condemned in the strongest terms the attack by the Maute terrorists in the predominantly Muslim city, which led to hundreds of civilian and military casualties, displacement and the destruction of properties. ASEAN reaffirmed its commitment to work together in countering all forms of terrorism and extremism.

From Muslim-majority states (Indonesia, Malaysia) to states with restive Muslim minorities vulnerable to radicalization (Philippines, Thailand, Myanmar, China, Russia), combating the spread of terrorism and extremism creates a natural confluence for cross-border cooperation. The adoption of numerous relevant outcome documents in support of such cooperation suggests strong consensus by ASEAN and its dialogue partners. Marawi may trigger greater momentum towards stronger regional and global cooperation. This is especially so as homegrown radicals are increasingly able to access international terror linkages.

Cooperation can come in the form of intelligence sharing, tracing and dismantling terrorist financing, joint anti-terror exercises and public extremism awareness campaigns. Working with local communities to promote more tolerant and moderate religious teachings and prevent the spread of the gospel of hate or violence is important. The tripartite Philippines-Indonesia-Malaysia naval patrol in the adjoining Sulu-Sulawesi Seas can aid in preventing the mobility of terror and criminal groups exploiting the porous maritime borders of insular Southeast Asia. The U.S. provided intelligence and material support to Filipino troops battling terrorists in Marawi. President Trump spoke out against terrorism and extremism in his first speech before the UN General Assembly last September. As such, countering terrorism and extremism continues to serve as a platform for U.S. regional security engagement and allows America to project its continued relevance and leadership in a fast-changing region. China and Russia are also stepping up as partners in this re-emerging non-traditional security cooperation domain. Post-conflict reconstruction is a related area where regional cooperation can be channeled. China provided material support in the fight against the ISIS-linked Maute terrorists and is one of the first to donate construction equipment for Marawi’s rehabilitation.

DPRK’s nuclear and missile tests and terrorism represent major security challenges for ASEAN and its partners. Nevertheless, despite expressions of serious concern, the former still seems more distant and less critical, while the latter is more real, pressing and urgent. Geopolitics and regime survival continue to drive the Korean Peninsula flashpoint, while the shared desire to root out local terrorism and deny access to foreign support generates a wellspring for regional and global cooperation.

ASEANNuclear TestCounter-Terrorism
printTweet
You might also like
Back to Top
CHINA US Focus 2018 China-United States Exchange Foundation. All rights reserved. Disclaimer