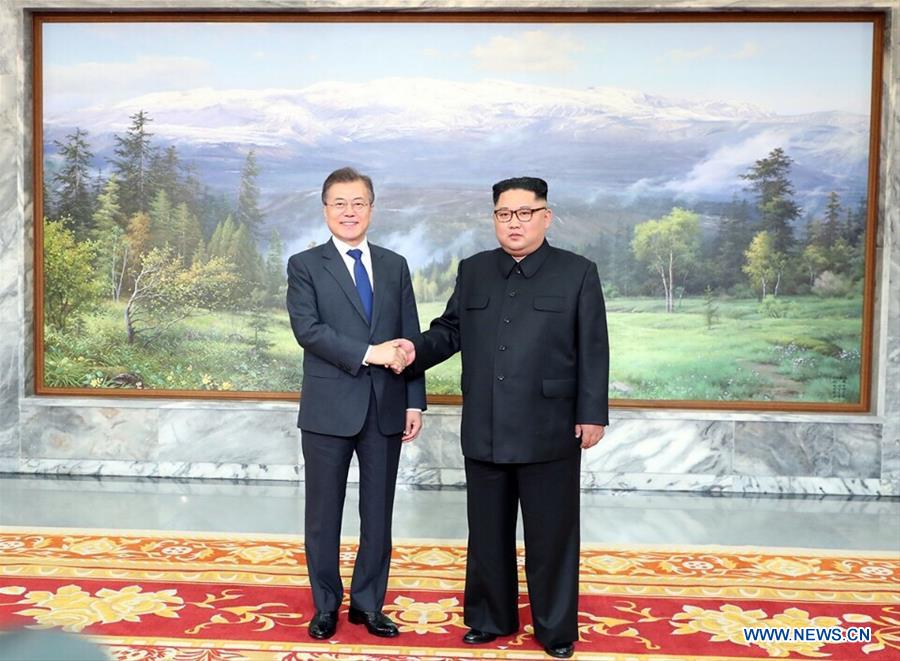 The North Korea - United States Summit took place on June 12 in Singapore and ended with fairly good results. Leaders of the two sides signed a joint statement for mutual nonaggression and better relations, officially starting the process of the denuclearization of North Korea, the normalization of North Korea-US relations, and building a peace mechanism on the Korean Peninsula.

The Summit was almost canceled due to a substantial difference between the two parties. To save the summit, preliminary negotiations between North Korea and the US were held in late May and early June in Panmunjom, New York, and Washington when the two nations made pragmatic adjustments.

According to information from various sources, Kim Jong-un criticized relevant officials in their Ministry of Foreign Affairs. Meanwhile, he claimed to continue restructuring the military personnel and required all sectors of society to change their mindset, implement the adjusted strategy of “advancing together” proposed during the Third Plenary Session of the Seventh Central Committee of the Labor Party, focus on the domestic economy, and improve the international environment. In addition, he renounced the precondition of requiring the  to withdraw troops from .

The White House relaxed the requirement for North Korea to renounce nuclear weapons following the “Libya model” but still insisted that North Korea should adopt “high-level preliminary measures of denuclearization”, including giving the nuclear warheads to foreign countries for disassembly within the stipulated time limit. The sanctions on North Korea will not be lifted until concrete steps for nuclear abandonment have been taken. However, the United States agreed to carry out certain measures at the preliminary stage to show its sincerity towards the North Korea’s regime, including setting up the liaison office and offering to coordinate relevant parties to provide economic support to North Korea.

The specific details of the adjustments as a result of this bargaining will not be revealed to the public. In fact, the final joint statement we see is rather general and more about principles. The essence of the consensus at the North Korea—United States Summit is the exchange of the concept of CVIG (complete, verifiable, and irreversible guarantee of system) from North Korea and that of CVID (complete, verifiable, and irreversible denuclearization) from the US. Overall, this result represents the negotiation principles of “commitment for commitment”, “action for action”, “renouncing nuclear weapons for security,” and “abandoning the nuclear power for development”. Additionally, it’s not hard to understand that the two countries are in urgent need of a successful Singapore Summit. Specific plans to implement all policies require further negotiations, which may cause more problems.

Donald Trump and Kim Jong-un may consider visiting each other in the near future. The of heads from , , and  and even broader multilateral meetings are like an arrow on the bowstring. Soon, perhaps, North Korea, America, and South Korea may announce the end of the state of war and hostility between them.

It can be seen that North Korea, the US, and South Korea have learned from the history of diplomatic ties between China and the US, and China and the ROK when providing security support to each other, which has circumvented the over-complicated issue regarding international law that the peace agreement on the Korean Peninsula in the future can only be established by parties once involved in the truce agreement. After all, the Korean War has ceased for over half a century, and the international and regional situations have already undergone dramatic changes. The parties directly involved are no longer the same.

In order to hold the Kim-Trump Summit, North Korea no longer required US troops to retreat from the Peninsula, which is, in fact, expected by most regions and countries because the troop withdrawal will put Japan at the forefront of Asia-Pacific security. If that happens,  would strive harder to strengthen its self-defense capacity. Countries with weaker self-defense capacity such as the ROK and ASEAN countries are also worried about the strategic intent of . Nevertheless, North Korea raised the requirement for the US and South Korea to abandon their nuclear deterrent to North Korea in a more powerful way: firstly, to disclose the USA’s nuclear force deployment in Northeast Asia; then, to withdraw all nuclear weapons and close down all bases in South Korea, and the mobile nuclear strike force is no longer allowed on or around the Peninsula. This is a reasonable requirement, which may also affect the issue of  withdrawal of the Terminal High Altitude Area Defense (THAAD) system from . After all, what all parties agree to pursue is the denuclearization of the entire Korean Peninsula, not only of North Korea.

The Singapore Summit is far from a final solution; it is just the start of the peace process. It represents the intention for denuclearization and peace. In the near future, there will be a process putting a real end to the confrontation and war on the Peninsula through a series of meetings, negotiations, and inspections. This process will be tougher and longer than the preparation of the Singapore Summit, with more twists and turns and even possible reversals and obstacles. It’s fair to say that based on the “advantages” of the whole-state system, Kim Jong-un has made a rather risky move.

The first issue in the way of the lasting peace of the  is whether the DPRK will honor its promise on complete denuclearization. The DPRK entered into negotiations with the US claiming the status of a nuclear power, without a basis of trust towards the US. In order to avoid the fate of the Gaddafi regime of Libya, the DPRK has surely held back a trick or two regarding its nuclear missile capacity, but that will be extremely difficult to verify.

This can be seen from the peculiar way the DPRK shut down the Punggye-ri Nuclear Test Site. The US “38th parallel north” website that focuses on the nuclear missile issues of the DPRK and some experts in China made the judgment according to satellite images that the earth-volume and stone-volume in the surface soil in the process of the bombing of Punggye-ri Test Site did not match with the tunnel length it claimed to shut down, which showed that the DPRK might have “hidden” a 7,000-8,000 meter-long tunnel in the northern mountainous area. Although the DPRK giving up its nuclear test site was a substantive step to the denuclearization of the Korean Peninsula, lots of tough problems need to be addressed such as the arrangements of scientific and research staff, disposal of nuclear materials and nuclear test equipment, and dismantling of long-range missile launchers in order to achieve de facto denuclearization. There is still a long way to go before the denuclearization on the Korean Peninsula.

The second issue is the US’s fulfillment of its promises. Donald Trump urgently needs to demonstrate positive diplomatic results before the mid-term election. How much is this decision about the will to build peace on the Peninsula is yet to be seen. In the negotiations with the DPRK, the White House was checked by the hardliners in the US. What’s more, the intensified political polarization in the US also casts a shadow over the approval of the peace agreement, armistice agreement, and agreement on the establishment of diplomatic ties by Congress. From seeing Donald Trump’s fickle behavior in the past, the DPRK will always worry about becoming the second “Libya”.

There are elements holding back, interfering with, and undermining the consensus of the Singapore Summit that cannot be ignored, be it in the US or in the DPRK whereas failure to honor the agreement was the reason this issue wasn’t resolved in the past. The approaching 2020 US Presidential Election may mean the “political death” of the Singapore Agreement if it has not produced substantive fruits, and if so, the risk of military conflicts will sharply climb again.

The third issue is the risks contained in its own revolution of the DPRK. The DPRK genuinely intends to focus on economic development and the improvement of people’s livelihood. It made logical sense to tighten the belt to develop nuclear weapons. But now it can exchange it for the security environment necessary for economic development. The North Korean leadership has realized that nuclear weapons are not everything. If it continues “putting up a desperate fight” in the face of the “harshest-ever” international sanctions, pressure will only increase. Yet, it is unlikely that North Korea will follow the example of China to embark on a path of all-round reform and opening. Rather, it is more likely to focus on developing a number of economic development and opening zones and to actively engage expatriate labor, so as to ease the shock of the hermit states encounter with the “dazzling world”.

In my recent communication with some Chinese, Russian, and American scholars, they thought that North Korea’s “step-by-step” strategy might involve the following. The first phase is to break the sanctions and blockades on North Korea’s economic development resulting from the nuclear missile issues over 2-3 years. The second phase is to build up the North Korean economy in around ten years. The third phase is to establish a defense capacity competent enough to contend with the South, which should take about ten years.

The most significant change on the Korean Peninsula and even the entire Northeast Asian region in the post cold war era is coming. And it will surely accelerate the adjustment of state-to-state relations within the region. No doubt risks persist, but there is the opportunity for peace. It is hard to say whether in the future, the combination of North Korean aspiration to focus on economic development, ROK pacifism, and the flexible and practical adjustment and cooperation of China and the US regarding issues related to the Peninsula will exist concurrently again. It is possible that all parties have no other choice than to stick to the major trend of peace to facilitate common security and promote regional economic cooperation. To this end, China play an active role.

DenuclearizationKorean PeninsulaNorth KoreaTrump-Kim Meeting
printTweet
You might also like
Back to Top
CHINA US Focus 2022 China-United States Exchange Foundation. All rights reserved.