Values and Implications of Sino-Russian Drills

The China-Russia Joint Sea 2016 drill in September caught international attention both for its location — the South China Sea — and the scenarios, such as island-seizing by joint marine forces. As the fifth and largest joint naval drill between the two countries which involves 10 Chinese ships, 11 fixed-wing aircraft, eight helicopters and five Russian ships, the questions are: What are the values of such military drills? Will the ever-more-sophisticated drills go in tandem with increasing political rapprochement between the two countries, and what it could imply for the West? 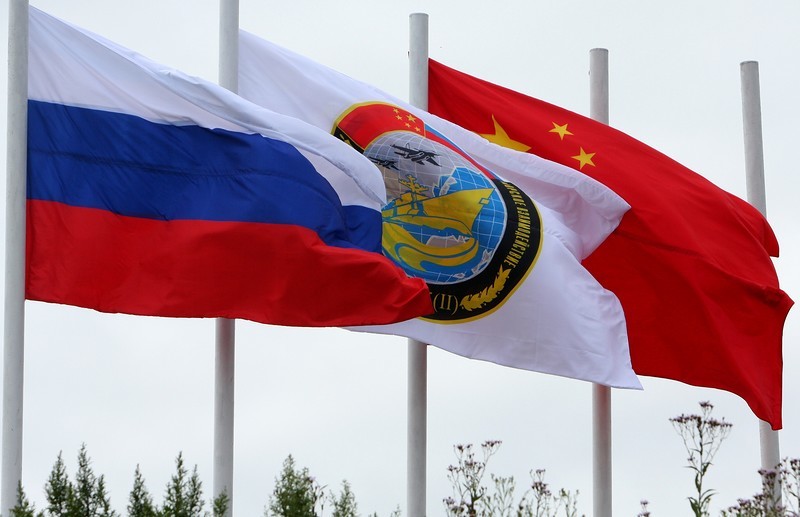 The Sino-Russian joint military drills have a unique value, first, for the PLA. Apart from a 30-minute skirmish with Vietnam in Chigua Reef (Johnson South Reef) in 1988, China hasn’t been involved in any war since 1980. That means in over three decades, the PLA’s fighting capacities and new weaponry are not war-tested. Most of the lessons can only be learned through military exercises.

In 2002, China changed one of its deep-rooted defense policies to allow for joint military exercises with foreign countries. But except for those exercises held within Shanghai Cooperation Organization framework in the name of “counter-terrorism” and between China and Russia, most of other exercises are restricted to addressing “soft issues” such as humanitarian aid and disaster relief, salvage at sea and counter-piracy. Exchanges with the US have been especially difficult since the American Congress forbids US military exchanges with the PLA in 12 critical fields for fear that the PLA might benefit more from these exchanges. Therefore, exchanges on “hardcore” issues with Russia, a former superpower, are understandably most rewarding.

The Russian military can learn from the PLA too. Some Russian watch dogs have pointed out that compared to the almost brand-new Chinese ships, most of the Russian ships in the drill were made in the 1980s. Admittedly Russia still has an edge over China in military industry. For example, China still wants to import Su-35 aircraft. But the gap is closing. The Su-27 fighter jets, Sovremennny-class destroyers and Kilo-class submarines imported from Russia are no longer the best weapon platforms in the PLA. It is widely believed that the information technology used by the PLA is more sophisticated than that in Russia.

The PLA is also doing more training. In the beginning of counter-piracy in the Gulf of Aden, a Chinese naval task force would work for three months before heading for home. Now it is quite common for them to continue sailing up to 10 months around the globe to explore uncharted waters. The Chinese officers who can communicate in English outnumber the Russian officers with that ability.

This is why such exchanges are beneficial for both sides. For the PLA, the drill has the added value of putting a test to the new chain of command of the restructured PLA. Quite a few breakthroughs were announced: A command and control information system was developed to break “information bottleneck”; a Standard Operation Procedure regulating this and future drills was established; both “red” and “blue” armies conducted confrontation “back to back” with real time situations awareness; the first joint island-seizing drill involving helicopters, marines and amphibious tanks challenged the joint command and operational capabilities.

Be it in the Mediterranean or the Sea of Japan or the South China Sea, these drills are conducted regardless of the geographic sensitivity of NATO, Japan and some ASEAN countries. China and Russia also had a computer-assisted anti-missile drill this year. In a September editorial, Financial Times warned that the West must not assume Sino-Russian relations are set in stone and underplay the risk of an anti-Western alliance.

Such an alarm is like crying wolf. One of the bottom lines of the 21st century international politics is no one wants another Cold War. An alliance is innately embedded with common ideology or values. As the largest alliance in the world, NATO is never shy about pressing home common values of member states. But China and Russia are not glued by the same ideology. Both sides have maintained that the drills are not targeting at any third party. None of the drills are held in disputed waters.

Financial Times is also wrong in underestimating the intrinsic resilience in major-power relationships. Among major powers, compromises are often made as a result of shrewd calculations and fear of intolerable consequences. No matter how maverick Russia might look with its annexation of Crimea and its actions in Syria, its handling of Turkey — a NATO member — after it shot down its Su-24M was skillfully diplomatic without, as widely anticipated, military revenge. In the troubled waters of the South China Sea, although the Chinese ships followed and monitored the American ships sailing close to Chinese-controlled islands and reefs, both have kept a safe distance. The US pointed out time and again that the Chinese officers and sailors were “very professional”.

If the Sino-Russian partnership continues to evolve, it may become, instead of a Beijing-Moscow alliance, a “coalition of the willing”, if the “common threats” loom large. The US has long held that capability is more important than intention, because one’s intention could change overnight, but one’s capability won’t. The Sino-Russian drills will undoubtedly enhance their joint operational capabilities, but the question is: at whose cost? If the West is really concerned with China and Russia’s intentions behind these drills, it needs to do some soul-searching to ask what “common threats” have driven the two countries to get closer faster than anticipated.