What Does US National Security Strategy Tell the World? 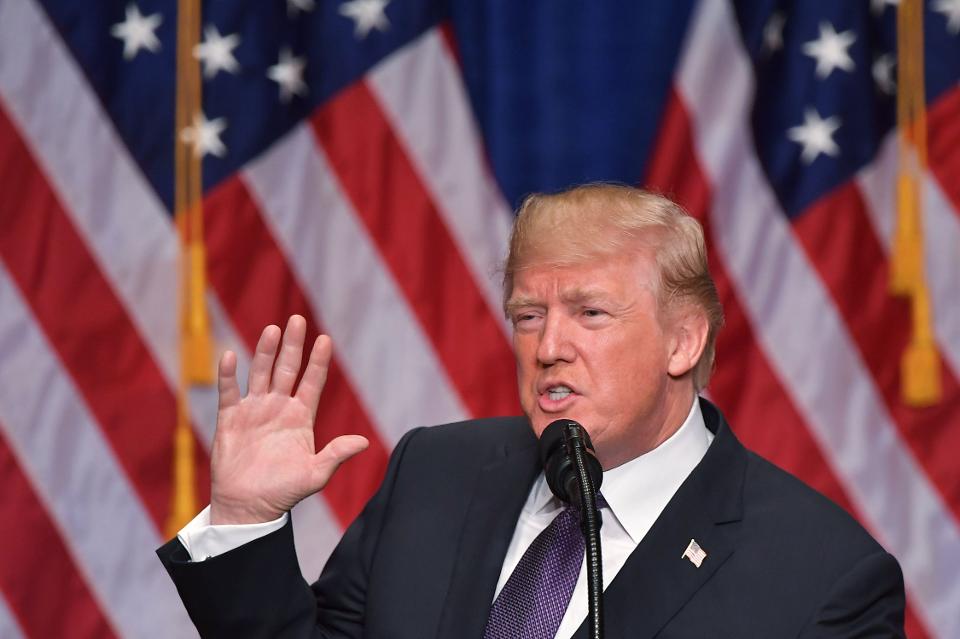 The United States National Security Strategy released in December 2017 attracted great attention, for it is said to pursue a very different foreign policy from previous administrations. Indeed, the report was very revealing.

Secondly, the new report is a combination of Trump’s personal ideas and those of his aides. There is no fundamental strategic difference from the strategies of previous administrations. The assessment of the 21st century global security environment is consistent, and its assessments of non-conventional threats like non-state actors, rogue states, and terrorists and security and economic challenges largely echo past statements. There is language that represents Trump’s values on America first, homeland security, fair trade, and American sovereignty, but little to actually reflect his views on foreign policy.

Thirdly, the US’ unilateral actions in international affairs will continue as the first 11 months of presidential actions have provided a guide for the future. The US withdrawals from the Trans-Pacific Partnership (TPP), Paris Climate Change Accord, and UNESCO represent American unilateralism. The US refused to certify Iranian compliance with the nuclear agreement and declared Jerusalem the capital of Israel. People often ask why the Trump administration is determined to go its own way, and why it’s not worried about isolation. The most obvious answer that’s been offered is that Trump is not a foreign policy president, but a president of domestic politics. He has injected too much domestic politics into his foreign policy. Along with this chain of thought, the investigation of the alleged Russian influence in the 2016 presidential election to defeat Hillary Clinton is still going on. In addition, it is in the eyes of the Trump administration that the US is the only superpower in the world that is powerful enough to act alone by its own will, or maybe with a few allies. Its doctrine as is indicated in the report is to preserve peace through strength. The bold unilateral actions so far taken have demonstrated its unparalleled power, and they believe so-called isolation simply doesn’t exist. Another reason is that the US wishes to see limited disorder and turmoil in specific regions to give it an excuse to project power. Otherwise its dollar superiority and superb military equipment would have no part to play in world affairs.

Finally, big power competition will intensify. Competition among big powers has been going on all the time. Therefore, the report’s classification of China and Russia as rivals changes nothing. The report also did not wholly negate the benefits the US has drawn from cooperation with China, Russia, and other major countries. So the main trend of big power relations will still be cooperation accompanied by competition. This is what the hard realities of the world today require. The US relies on other major powers to “lead” the world and promote its prosperity while other big powers wish to maintain normal relations with the US for their own interests. However, as the Trump administration has made America First its precondition for US leadership in the world, friction between the US and other major powers will increase. The fact that US domestic politics guides foreign policy will create more troubles with other major powers. The US-Russia relationship is a case in point. Michael Wolff’s newly published book Fire and Fury has disclosed more information about the closed-door meetings and exchanges between the White House and some foreign countries. As the information involved Trump family members in particular and much was provided by the former White House top political strategist Steve Bannon, it is extremely difficult for readers to tell truth from falsehood. But the impact of domestic politics on foreign policy will make America’s relations with other major powers more complicated.