A New Chinese Generation To Shake The World 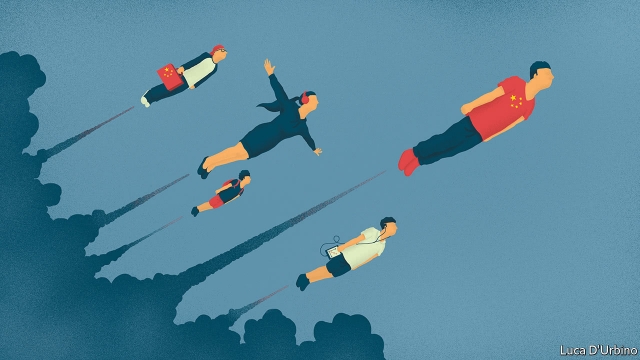 China’s youth are coming of age and are unlikely to be as accommodating or as willing to stay the course as the 21st century unfolds. What will this mean to China and the world?

Unlike their parents and grandparents, this new generation did not grow up fighting Nationalists. They did not starve during the Great Leap Forward or wave a “Little Red Book” as part of the Red Guard during Mao’s Cultural Revolution. The torch had already been passed from Mao to Deng Xiaoping when they were born, so they did not experience the sea change from Marxist ideology to their current reality of consumer products and capitalism, albeit with Chinese characteristics.

This generation has been educated in the West by the thousands and sees the world through a kaleidoscope with all its beauty - along with constant and unpredictable change. They are more willing to look outward and see the world, not just their nation, as their oyster.

As China shook off a century of humiliation followed by the difficulties of economic growth, then-new Premier Deng advised his countrymen to keep their heads down and bide their time. But this generation is not willing to bide their time or feel for stones. They are cutting their own path that will re-shape a modern China and the world. What China’s youth want today, the world will want tomorrow. Going forward, global consumer products will be designed and manufactured with this generation in mind.

Ford Motor Company is demonstrating this fact with its plans to pump 50 new vehicles into China over the next eight years as the company tries to grow its share in the world’s largest market; particularly in electrical autos.

William C. Ford Jr., Ford Motor’s longtime executive chairman, one of the most powerful people in the industry, says that the future belongs to China.  “When I think of where E.V.s are going,” he said, using an abbreviation for electric vehicles, “it’s clearly the case that China will lead the world in E.V. development.”

Further, global e-commerce is being driven by China’s youth, that never experienced a land-line phone at home.

Everyone in China uses WeChat (Chinese: 微信; pinyin: Sounds like Wēixìn; literally: “micro-message.”) It is China’s social media, instant messaging, commerce and payment service all rolled into one – a mobile application software developed by Tencent.

First released in 2011, today, it is one of the largest standalone messaging apps by monthly active users in the world – with well over 963 million users. Known as China’s “App For Everything,” its many functions and platforms include replacing cash as a payment system, and messaging and translation services.

My colleague and friend who accompanied me on a recent trip to China used his WeChat to pay for taxis, hotels, and meals. In a 3-week period, I counted, on one hand, the times where cash or a credit card was used as payment for anything in China.

China has about 200 million people between the ages of 15-24, compared to about 40 million Americans in that same age group. Tens of millions of China’s young people are already online, and they’re the most mobile-connected generation in history.

China Has Stood Up

In their book, Wealth and Power: China’s Long March To The Twenty-First Century, old China hands Orville Schell and John Dulury brilliantly walk us through “how a nation, after a long and painful period of dynastic decline, intellectual upheaval, foreign occupation, civil war, and revolution, manages to burst forth onto the world stage with such an impressive run of hyper-development and wealth creation, culminating in the extraordinary dynamism of China today.”

The authors weave a tale through Chinese history about the lives of eleven influential officials seeking ways to end China’s “century of humiliation” in a quest for fuqiang, or “wealth and power.” Clearly, since the days of Deng, China’s aim has been on target to produce fuqiang.

The change in China since the century of humiliation is remarkable and universally acknowledged. If Mao Tse-tung could come back for a day he would see what the leaders and the people of China have accomplished since October 1, 1949 when he stood at the gates of Tiananmen Square, proclaiming the founding of The People’s Republic of China. At the time, it was reported that Mao proclaimed, “The People of China have stood up.” As the second decade of the 21st century unfolds, it is apparent to the world that China and its new generation are standing tall.

President Xi Jinping, the most powerful Chinese leader since Mao, at the end of his first term in office and in opening the historic Chinese Communist Party Congress, proclaimed China has heralded the dawn of a “new era” of Chinese politics and power. Speaking in the Great Hall of the People in Beijing, at the start of the week-long 19th Party Congress, Xi told delegates that thanks to decades of “tireless struggle” China stood “tall and firm in the east.”

What has transpired in China over its 5,000-year history is a testament to the country’s ever-changing ability to reinvent itself with a new generation of leaders. The last thirty-five years have been remarkable.

The future and history of the world is being shaped increasingly by China and America. Going forward, all major global issues will intersect at the corner of Washington D.C. and Beijing. How our current leaders and future generations manage this relationship will not only impact the people of China and America; but all of humanity.

As 2017 comes to an end and a new year begins, we will see how the Chinese leaders and millennials are poised to re-shape their — and our — world.

ChinaChina DevelopmentNew Generation
printTweet
You might also like
Back to Top
CHINA US Focus 2021 China-United States Exchange Foundation. All rights reserved.