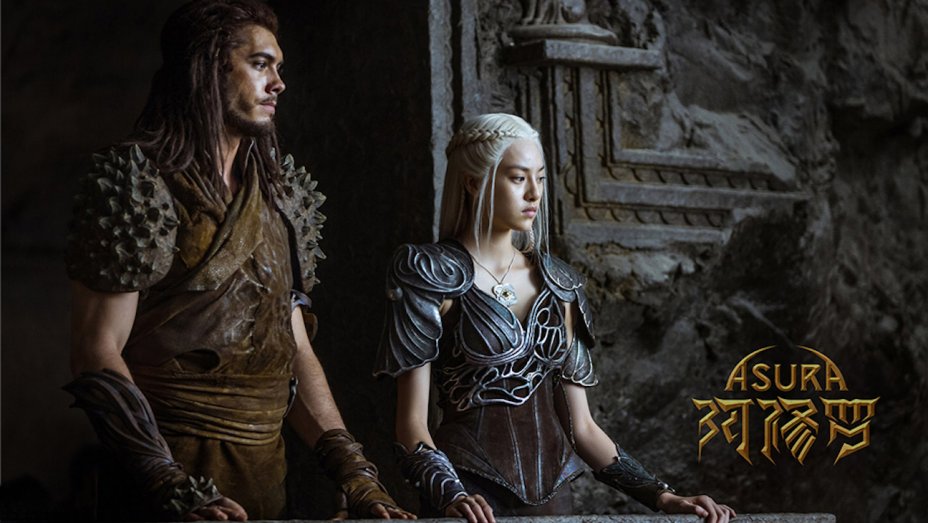 China is on track to be the world’s box-office heavyweight champ. Another superlative in a country of superlatives, but what does it really mean? For a country the size of China to become the world’s biggest market for movies does not signify excellence, creativity, free expression or ingenious advertising, but statistical proportionality. Even if the films are mediocre, and many of them are, and even if they enjoy only a middling fan base, the statistics are still impressive.

Box office is a popular metric in China because it conflates commercial success with artistic success, though rarely the twain do meet. The most astonishing example of where the twain do meet can be found in the work of U.S. director James Cameron, whose remarkable films “Avatar” and “Titanic” hold place number one and two respectively as all-time box office champs, including critical acclaim and strong revenues in China.

Box office has long been the tail that wagged the dog in film circles, but with instant feedback now possible through online ticket sales and statistics calculated daily or even hourly, a film can take off or tank in short order due to fickle attendance figures. The looming wreck of “Asura” (2018) is a cautionary tale. The fantasy film cost over a hundred million dollars to make but was yanked after two days. Despite drawing on Hollywood expertise in visual effects and costumes, a foreign crew of 200 and a slate of Hong Kong stars, the film only pulled in $7 million before being dropped – some say by the theatres, others say by the flummoxed producers. Word of the anemic opening got out quickly, spelling serious trouble in today’s information age. The question of whether the film got “fired” or “quit” is a quibble, for it was all over in a matter of 48 hours.

China’s already fickle box office is further complicated by state intervention. Quentin Tarantino’s film “Django Unchained” (2012) was yanked from theatres “minutes into its release” and Feng Xiaogang’s “Youth” was postponed in 2017 by censors without cogent explanation, though both films went on to play at later dates after requested cuts were made.

Despite setbacks caused by a byzantine regulatory bureaucracy, censorship and unsophisticated viewer tastes, films keep getting made and the money keeps rolling in. Sina.com reported that the first seven months of 2018 saw a staggering ¥40 billion in ticket sales, breaking all previous records.

One film emblematic of China’s market complexities is “Hello, Mr. Billionaire” (2018). Inspired by a tried and tested American prototype, it is a crowd-pleaser that has provoked soul-searching about China’s income disparities. Inspired by “Brewster’s Millions” (1985) starring Richard Pryor and John Candy, which itself was one of about a dozen remakes of a 1902 George McCutcheon novel by the same name, the ever-fascinating tale of instant wealth is one of the top hits of the summer. The canny Mahua FunAge comedy team of Yan Fei, Peng Damo and Shen Teng successfully translated the old classic into something biting and contemporary, as China today has 800 real billionaires. Speculation, gold-digging, scheming and material greed are all on display, though care was taken not to offend censors with gambling, drugs and other proscribed high-rolling activities, as related by Karen Chu at the Hollywood Reporter.

However, the film’s vivacious Taiwanese star Vivian Sung provoked a roiling storm of controversy, first alienating nationalistic mainland viewers with what were perceived as pro-Taiwan views, and then alienating Taiwan’s viewers with exculpatory pro-mainland statements. Though this turned out to be nothing more than a teapot tempest, there was also the more general ideological complaint that “Hello, Mr. Billionaire” serving up “spiritual opium.”

Alibaba, which has been aggressively investing in film and promoting online ticket sales through Tao Piao Piao, has enjoyed a dynamic summer season. Its big marquee slate includes two local darlings, “Dying to Survive” and “Hello, Mr. Billionaire,” one giant import “Mission: Impossible-Fallout,” and the epic mega-flop, “Asura.” What this adds up to, or doesn’t, won’t be clear until stats are in for the entire year, because film investing remains a high-stakes gamble, even in the best of times. A tremendous amount of money, work, craft, and high hopes go into a film – good, bad, inspired or insipid – long before it ever hits the screen, and no one knows how it will perform until word of mouth gets out, but it gets out fast on the internet these days. It’s a risky business, but few business endeavors evoke the bragging rights and hullabaloo of film, because the box office is where money meets fame, stars meet starlets, fancy shoes meet red carpets, and glitter meets glamor.

Veteran actor and director Jiang Wen’s “Hidden Man” made a nice splash with this year’s summer release, and it has garnered good reviews, but the domestic box office seems to be the sole criterion by which films live or die. Jiang Wen knows a thing or two about the box office blues, since his directorial debut “Devil’s on the Doorstep” (2000) was banned and remains banned in China, despite critical acclaim. According to the state-run China Daily, “Jiang Wen's latest epic Hidden Man may have proved a hit with domestic audiences, but it has still failed to knock off Dying to Survive from the top of China's box office charts.”

Ticket sales reflect many things tangential to the quality of the product itself, such as distribution muscle, marketable stars, corporate connections, effective advertising (sometimes as costly as the picture itself), and exploiting populist themes.

To say something is an “art film” or “cult film” is a slightly derisive way of describing a film that didn’t make it big at the box office, thought it might have won critical acclaim and a dedicated fan base. In the case of China, to say something is an “art film” can also mean a film that somehow displeased the censors and never got a proper release.

Keith Collea, a film business insider who worked with Jiang Wen on “Gone with the Bullets” (2014) considers China’s follow-the-money fever to be an obstacle to building a truly great film business. As quoted in The Beijinger, he says, “How can you build the largest market in the world if the people that control it have no idea what 'good' is, refuse to take a chance on development, can only tell if something is good if someone else put money into it already?”

The “bean-counting” begins long before a film is made but it reaches its highest expression in box office stats when the film hits the screen. To put today’s box-office obsession in perspective, consider some of the Hollywood classics, such as “Casablanca,” which was made on the cheap and on the fly during World War II but took a brave stance against fascism while moving audiences to tears. It also left us with memorable phrases such as the Humphrey Bogart line, “It ain’t worth a hill of beans.”

If beans have become the measure of success (and what is box office, if not bean-counting taken to the max?) then what you risk ending up with if you lose sight of telling a good story is…a hill of beans.

Film Industry
printTweet
You might also like
Back to Top
CHINA US Focus 2021 China-United States Exchange Foundation. All rights reserved.