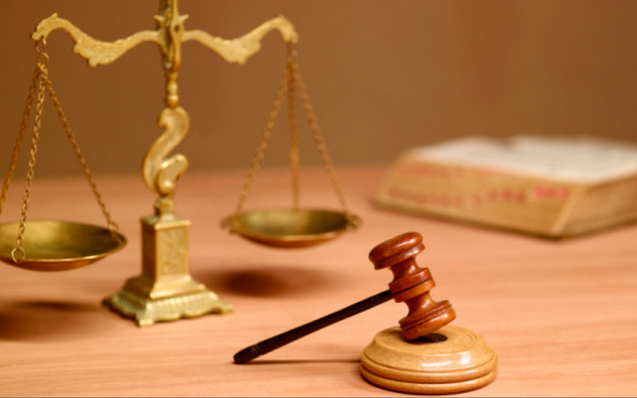 The Communist Party of China made the decision to “comprehensively deepen reforms” at the third session of its 18th Central Committee in November 2013, and it decided to “comprehensively promote rule of law” at the committee’s fourth session in October 2014.

The two decisions state that “law is the vital tool for the governing of the country and a good law is the prerequisite for good governance.” This statement has hit the nail on the head. Modernization of state governance has to be based on a modern legal system, which has four essential qualities. First, the country’s laws embody the will of its nationals. Their basic function is to guarantee the people’s status as the nation’s master. The legal system must fully represent the people’s will. That determines the legality of a modern country’s governance. Second, the country must have a complete set of laws for all organizations, social groups and citizens to follow in their economic, political and social activities. An especially important principle is that public power must be authorized by the law before it can function. Third, the country’s laws must not only derive their legality from their role as embodiment of the people’s will, they should also be reasonable and scientific. In other words, the laws must be good rather than malignant. They must reflect society’s demands, uphold fairness and justice and effectively protect citizens’ legitimate rights and interests. Fourth, Constitution and laws are the supreme authority in state governance. All organizations and individuals must conduct their activities within the framework of Constitution and laws. Nobody is empowered to act beyond the limit of Constitution and laws. This is the true meaning of rule of law, which distinguishes it from governance by man.

The ideal state of modernized governance is good governance, in which the country and society are managed in a nice manner. It is a process of governing the country with the public interests maximized. Any society’s governance may lead to four alternative results. The first possibility is that all stakeholders gain benefits without any loss – an all-win situation, or the so-called Pareto Optimality. The second possible result is that most members of society are benefited with only a small number of them suffering losses – a majority-wins-minority-loses situation. The third possibility is that a small group gets benefits while most people suffer losses – a minority-wins-majority-loses situation. The last possibility is that all members lose, though to different extents – an all-lose situation. Good governance means an optimized model of governance with the public interests maximized. It involves many essential elements, including fairness, public participation, stability, responsibility, accountability and clean government. Of these, rule of law is the overarching element. Without rule of law, all the essential elements of good governance become meaningless.

Fairness is the lifeblood without which the rule of law would lose its soul. On the other hand, rule of law is the protective screen without which fairness would lose its defense. Fairness, or being impartial and upholding justice, is in nature a reasonable and equal distribution of political, economic and other benefits among all social members. It means equal right, reasonable wealth distribution, equal opportunity and judicial fairness. Economic interests are the material basis of fairness and justice. To make our society a fair and just one, the most important thing we need to do is to keep the income disparity within a proper limit by adopting a reasonable wealth distribution mechanism, so as to avoid social polarization. However, social fairness is not limited to distribution of material wealth. It also concerns politics, society, culture, education and the judicature. Fairness and justice not only needs a material foundation but calls for an institutional basis as well. The most important institutional guarantee is rule of law, without which there would be no fairness and justice at all.

However, large-scale public participation may also lead to disorder, even triggering a social or political crisis. International experience and lessons indicate that to prevent a consequent crisis, there should be more legal channels to accommodate public participation and make sure that the participation goes on in an orderly manner. While increasing ways of participation, the country should make laws to regulate the public’s participation in politics. This is for the protection of citizens’ legitimate rights. Thus it can be seen that only by exercising rule of law can the public’s right to participate in politics be guaranteed while the social order is maintained. That will bring us closer to the ideal state in which the government and the public jointly run the state affairs.

Besides fairness and participation, all the other essential elements of “good governance” also rest on rule of law, including:

Responsibility. A basic requirement of good governance is that the government must fulfill all its statutory duties but refrain from doing anything that is not authorized by law; otherwise it will be blamed for dereliction and power abuse.

Accountability. The government, as the exerciser of public power, must respond to citizens’ legitimate requests promptly and properly.

Transparency. This refers to the openness of political information. Every citizen is entitled to political information related to his or her personal interests, such as selection of government officials, legislation, making of state policy, administration process and public budget.

Clean government. This requires that government officials abide by law in public business, be honest in performing duties and do not abuse power for personal gains.

Stability. This means the orderliness and sustainability of public life, in which statutory public power and social order fare well.

Anti-Corruption China’s Reform Political Reform Rule of Law The Governance O
printTweet
You might also like
Back to Top
CHINA US Focus 2023 China-United States Exchange Foundation. All rights reserved.