Why Is Cross-Straits Communication Slowing Down

At a June 12th press conference of the State Council Taiwan Affairs Office, spokeswoman Fan Liqing was asked to clarify the report that the mainland had suspended cross-Straits agreements, including the agreement on trade in goods and consultations on dispute resolution mechanisms. Fan said the report was inaccurate, and that competent authorities on both sides of the Taiwan Straits have maintained communication over such issues. Indeed, the mainland doesn’t need to suspend bilateral consultations. 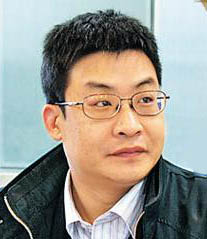 First, consultation and negotiation are indispensable for the mainland’s ideal of solving the Taiwan issue through peaceful means. Unless there are changes in policy orientation, consultation won’t end. Consultation and negotiation are aimed at peacefully resolving the Taiwan issue; preserving the economic system and way of life in Taiwan; and promoting peace and stability in the Asia-Pacific and welfare of people on both sides of the Straits. Persistently promoting the institutionalization of cross-Straits interaction is an important way to facilitate post-ECFA consultations, as well as a cornerstone for the ultimate resolution of the Taiwan issue. The mainland has both strategic foresight and a pragmatic approach that can stand the test of time when it comes to cross-Straits ties. Stopping consultation is inconsistent with China’s Taiwan policies.

Second, cross-Straits consultations have multiple channels, and talks and negotiations have not stopped since 2008. The mainland has sufficient patience for all levels of consultations and negotiations with Taiwan. Such exchanges are conducive to increasing mutual trust, improving communication, and facilitating the establishment of cross-Straits peace mechanisms. Zhang Zhijun’s Taiwan visit embodies such endeavors. With the negative impact of the “sunflower” student protests against the cross-Strait agreement on service trade rippling on the mainland, there have been louder calls for a change in approach, and mounting pressure on the mainland government. Though we understand the pluralist nature of public opinion in Taiwan, the student protests’ negative impact on the peaceful resolution of the Taiwan issue is obvious.

Third, the mechanism of cross-Straits communication is in smooth operation, but a slowdown in consultation and negotiation is a matter of fact. Since the agreement on service trade has not been approved by the “legislative Yuan,” negotiations won’t go anywhere at this point. The “sunflower” student movement has become a grassroots movement, and it continues to protest against the agreement on cross-Straits service trade. Forces against the cross-Straits agreement have even raised the banner of “Taiwan independence,” pressing the “legislative Yuan” to pass rules to censor cross-Straits agreements so as to change the legal basis of the peaceful development of cross-Straits relations. Such moves have inevitably bogged down bilateral consultations. In order to compete with administrative authorities for control over cross-Straits ties, Taiwan’s legislative authorities have resorted to pathetic tricks that threaten to shelve agreements that the two sides have negotiated, and even to render them legally invalid. Such moves are in violation of international norms, and make subsequent consultations meaningless. This year happens to be one of major elections in Taiwan. Some problems in cross-Straits ties may ferment without reason and become election tools. Therefore, properly slowing down cross-Straits consultations is aimed at more meaningful consultations, rather than termination.

Taiwan’s eagerness to sign cross-Straits agreements that upgrade its international competitiveness is understandable. Yet the processes can’t be sped up without properly addressing its internal problems. Economic authorities in Taiwan have long been aware that if the agreement on service trade can’t get legislative approval, there won’t be progress in maneuvering an agreement on trade in goods, the pace of Taiwan’s regional economic integration will be affected, and the island’s own economic competitiveness will suffer. Social disintegration in Taiwan has resulted in different interest groups’ diverging attitudes toward cross-Straits agreements: The cultural circles oppose the “agreement on service trade”, while the industrial and commercial circles support it. Conflicting demands of various interest groups, political struggles between the ruling party and opposition parties, contradictions between legislative and administrative authorities, parliamentary infighting as well as the escalation of street protests have thrown competent authorities in Taiwan into a state of helplessness. They know very well that speedy institutionalization of economic ties between China and the Republic of Korea will make their competitor, the ROK, stronger. They are frustrated with being unable to reach agreements with the mainland and to upgrade Taiwan’s competitiveness as soon as possible. They know very well the mainland’s clear attitudes to cross-Straits agreements. They know even better that four-fifths of the negotiations for a cross-Straits agreement on trade in goods have been completed, but thanks to the fact that the agreement on service trade is still stuck at the “legislative Yuan”, the atmosphere for negotiations about trade in goods is extremely pessimistic, and the talks have to be slowed down. It is thus understandable if they try to release the internal pressures and unspeakable woes in various manners in order to keep cross-Straits consultations on track.

Zhu Songling is a Professor at the Institute of Taiwan Studies in Beijing Union University.

Cross-Strait Relations
printTweet
You might also like
Back to Top
CHINA US Focus 2022 China-United States Exchange Foundation. All rights reserved.