The rout in China’s stock markets has sent shockwaves across the world, dragging global equities, currencies, bonds, and commodities into the worst tailspin since 2008. Both domestic and international investors seemed to have lost faith in China’s once fabled ability to manage its economy, hence the deepening gloom and spreading panic everywhere. While there are very valid concerns about China’s economy and financial system, market reactions are vastly exaggerated. 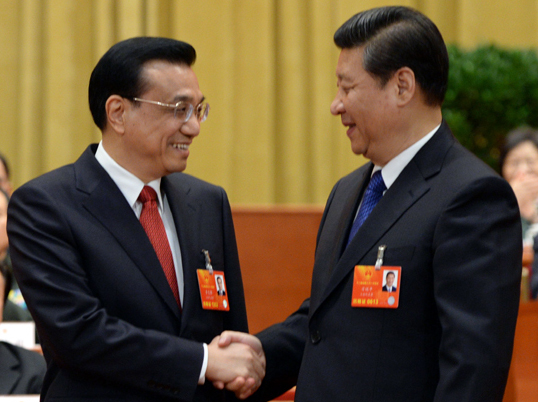 To start with, China’s falling domestic equities do not necessarily herald a sharp contraction in its broader economy. Historically the country’s immature and extremely volatile stock market has been a poor predictor of GDP growth. With retail trading dominating the market place, share prices are mostly driven by short-term sentiments, not by any rational expectations of economic fundamentals.

Since mid 2014 the Chinese equity market was gripped by sudden spikes of speculative frenzies, in part fanned by the official Party media, and started a stunning rally. As valuation quickly soared to astronomical levels, a sharp correction, and even a spectacular crash, just seemed inevitable. That is exactly what has happened over the past few months. With Shanghai now down by more than 42% from its peak, the current stock valuation has factored in most of the bad news -manufacturing malaise, weakening exports, and capital outflows. Chinese equities are now traded at a discount to major emerging market peers that face far worse macroeconomic conditions. The risks of further sharp decline in China equities appear to be limited.

Unfortunately, the Chinese authorities’ market interventions have done more harm than good. Far from stabilizing the markets, massive stock buying by state-owned institutions such as China Security Corp and Huijing have distorted the functioning of the stock market, caused widespread confusion and aggravated the risk of moral hazard, further undermining investor confidence at home and abroad.

The unprecedented stock market interventions, many pundits speculate, must have revealed the Chinese government’s deep worries about the rapid deterioration of the underlying economy. Yet the Chinese stock market, though second only to the US by market capitalization, remains a sideshow as far as China’s Main Street is concerned.

The Chinese stock market remains a sideshow as far as China’s Main Street is concerned.

So what has happened to China’s economy? Accustomed to growing at the double digit pace, it is now struggling to reach the official target growth rate of 7%. But the GDP growth slowdown has been both gradual and moderate, far from being the disaster that has so spooked global investors. Even at 5%, China would generate more growth than any other country, producing incremental economic output equivalent to the size of two Malaysians or one half of the Mexican economy.

Partly to address the longstanding concern about China’s over dependence on investment and export led growth and its impact on global imbalances, the Chinese leadership has vowed to transform China into a more consumer centric and innovation-led economy. Recent data clearly show such a shift has been well underway, with consumption accounting for over 50% of overall GDP growth in 2014 and 60% in the first half of 2015. True, headline GDP growth has been trending down, but growth is now broader- based, more balanced, higher quality, and possibly more environmentally friendly- if only judging by the increasing count of  blue sky days in Beijing.

Moderating growth rates in the range of 5-7% per annum reflect the higher per capita income level and the changing growth paradigm in China. A modest slowdown is a necessary and healthy adjustment for China to transition to a new trajectory of more efficient and sustainable growth. But instead of greeting such a positive “new normal” with enthusiasm, the naysayers have reacted with dismay as though they would rather prefer the old growth model.

To be sure, the shift to a wholesale new economic model is always fraught with uncertainty and risks, let alone for a country of China’s size and scale. Compounding the challenges is the messy legacy the old growth model has left China with – manufacturing glut, excess real estate inventory, heavily indebted local governments, and severely damaged environment. To manage such a transition successfully, China must implement broad structural reforms while maintaining macroeconomic and financial stability.

What Is to Be Done?

Except for the stock market interventions, the authorities have so far avoided costly policy mistakes and China’s track record of deft economic management remains remarkable. In response to the latest economic and market headwinds the People’s Bank of China has already lowered interest rates and reserve requirement ratios. While China does not need a new credit boom, there is still a scope for additional monetary easing, to ensure adequate liquidity in the financial system, ease the debt service burden of heavily indebted corporates and local governments, and forestall a possible debt deflation vicious cycle.

On the fiscal front the Chinese leadership has taken a more cautious stance in recognition of past fiscal profligacies and local debt buildup. Even so, there is room for significant fiscal actions. China should follow on recent tax cuts for small and medium enterprises with carefully targeted public spending increases.

China should significantly increase transfer payments to the elderly to raise their retirement income, improve health and medical benefits coverage for both urban and rural populations, and provide more generous financial aid for secondary, vocational, and university students with less income means. While China is right about resisting the European style social welfare state, it is imperative to reform and strengthen the country’s basic social security system. Academic studies have identified inadequate social protection as a key factor for extraordinarily high household savings. Improved pension, health and education benefits for China’s rapidly growing urban population would weaken the incentive for precautionary savings and boost personal consumption.

Public Investment in clean tech is essential for China to meet its climate change targets.

While past over-investment has led to excess industrial capacity, China’s environmental infrastructure, a vital public good, is woefully under-invested. Though China has made encouraging initial efforts, it should launch and can afford a far more ambitious public investment program to promote clean energy and control pollution. Public Investment in clean tech is essential for China to meet its climate change targets. Increased investment spending in  clean tech not only helps make up the near-term demand shortfall caused by falling manufacturing exports and infrastructure spending, but also likely spurt a new growth industry that could establish China’s global leadership in renewable energy and clean technology.

Contrary to prevalent market fears, China retains a broad range of monetary and fiscal policy options to cope with its stock market woes and economic downward pressures. But perhaps the most powerful weapon of all in China’s policy arsenals is the opportunity to pursue sweeping economic reforms. Indeed, ever since the inauguration of the Xi Jinping leadership, investors have been expecting the so-called “reform dividends”, because robust reforms promised by President Xi will correct structural imbalances, curb intrusive and arbitrary powers of the state bureaucracy, stamp out endemic corruption and level the playing field for private sector and small medium sized enterprises. In other words, President Xi’s reform agenda, if fully implemented, should allow the market forces to play a decisive role in resource allocation — promoting open competition, increase market transparency, boost efficiency and productivity gains, and stimulate entrepreneurship and innovation.

Perhaps nothing is more disappointing than the lack of progress to date on reforms concerning state-owned enterprises (SOE). Despite early achievements of SOE reforms initiated by former Prime Minister Zhu Rongji, there has been little new progress and possibly backtracking in recent years. It is plainly clear that the SOE sector has impeded competition from the private sector and dragged down economic efficiency.

Privatization, restructuring, better corporate governance, strong market-based incentives, and professional management are, among others, required to turn SOEs into productive commercial enterprises. As shown by the case of PetroChina, China’s biggest state- owned petroleum company, there is a close linkage between political patronage, abuse of state assets, and corruption. Hence, a complete overhaul of China’s large SOEs should also bolster the effectiveness of President Xi’s popular anti-corruption campaign.

True, the string of recent bad economic news and the stock market selloffs have dampened short-term sentiments, but worse still, investors and the Chinese people might completely lose hope for the country’s medium and long-term prospects if the government fails to deliver genuine reforms.

Fortunately, China has the capacity to contain the near-term economic and financial pressures, through a judicious combination of strong monetary and fiscal stimulus measures. More importantly, the recent market gyrations have sent a loud and clear message to the Chinese policy makers and will likely prompt the top leadership to embark on fundamental reforms as pledged at the Third Party Plenary two years ago. Bold reform actions can restore investor confidence that the stock market interventions could not. Pessimists are wrong to declare that China is out of options.

It is a loser’ game to bet against China’s new generation of reformist leadership.

For several decades China has been a major engine of global growth and a strong anchor of global stability. Now China is being tested again whether it can weather the current market turbulence. The short term challenges are real and the transition will be bumpy. However, China will likely manage its current financial and economic problems far better than expected.

China has the financial resources, the policy tools, and crucially – the political will – to meet its challenges. Past reforms have laid a solid foundation and expected new reforms will significantly improve the outlook for future growth. China’s accelerating urbanization, rapidly expanding middle class, a strong human capital base, tremendous entrepreneurial energy and innovative potential portend an attractive prospect ahead. It is a loser’ game to bet against China’s new generation of reformist leadership.

China’s Economy China’s Rise Growth Model Stock Market The Governance Of Chi
printTweet
You might also like
Back to Top
CHINA US Focus 2023 China-United States Exchange Foundation. All rights reserved.