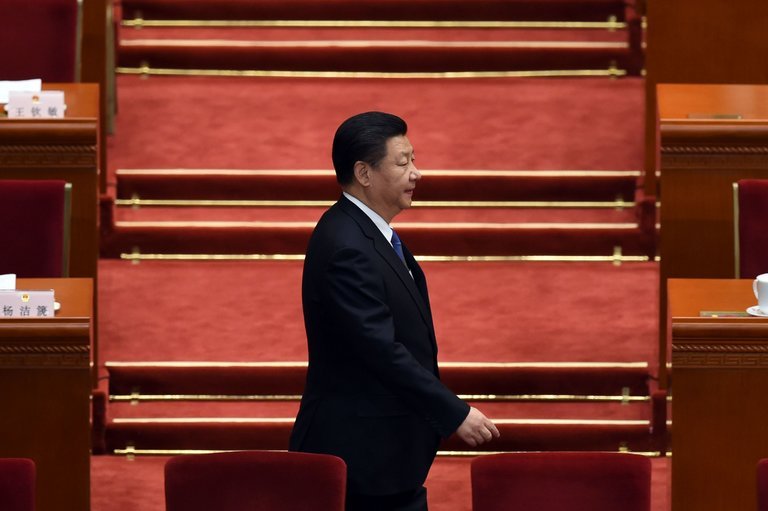 No one can complain that Xi Jinping short changed anyone on the opening day of the 19th Party Congress in Beijing on 18th October. Just shy of three and a half hours, his thirty-thousand-character oration left few spaces for listeners, inside and outside China, to fill in. It was, in a word he is clearly fond of, comprehensive. It covered culture, morals, environment, economics, and ideology. It talked about reform and the importance of creating a different economic model more focussed on services consumption and innovation. It talked about the Belt and Road Initiative, and the national mission to be a great, strong country. He had strong words on the military, on Hong Kong and Taiwan. If you wanted an audit of where China now stands in its development in the year 2017, this document covered most of the areas that matter.

According to some interpretations, it might count as a manifesto. But a lot of the report simply addressed the question of what has already been achieved, and therefore what can serve as a base for future action. No radical new policies in this context, like ones that campaigning parties in western systems like to conjure up at similar occasions to capture the attention, and possibly support, of voters in the audience. A Party Secretary in China speaks with no real competition, and simply as the mouthpiece of consensus. The epic length of Xi’s speech alone made it clear there was plenty of consensus, at least on the surface, and it runs in many directions. That much, one could tell even without listening to the contents of the speech, but observing its duration.

There was however one considerable area which Xi made no substantial comments on. Despite this being the Political Report, the strange thing about Xi’s speech was the absence of addressing directly any questions about political reform. Nothing appeared on any attempt to renew and revitalize village elections. No words addressed the favourite term of yesteryear – inner-Party democracy. And unlike Hu Jintao’s speech a decade ago in 2007, the main word used most often this year was `modernisation’ not, as back then, `democracy.’

Is China forging ahead therefore with a system that is intent on never being democratic? The fact that he said nothing specific about the area of political reform, and yet talked of reforms and changes almost everywhere else, shows a big vulnerability. The Party does not have a clear plan in this area. But that doesn’t mean it thinks the current set up is fit for purpose and will continue forever. Clearly, the One Party State wants to maintain itself, but it also knows it needs to find ways of involving important constituents in society – the middle class, the urban professional class, the non-state business people, and the farmers – in decision making. After all, that is what lies behind a lot of the policies proposing an opening up of space for decentralization of fiscal powers, and greater support given to non-state companies in running state enterprises. The question is can this really happen without political reform?

There is a hint – and only a very subtle hint – in Xi’s grand speech about what might be happening in this vexed area of Chinese development. It involves the bold new ideological concept that Xi announced – modernisation of Socialism with Chinese characteristics. This is hardly the catchiest of phrases. And yet it does hint at an attempt to renew the mandate of the Party, and even sets a date of 2035 for the perfecting of this modernisation process – a timeline that has never appeared before. 2035 would be the moment when China’s hope is to have achieved the fulfilment of the great project of modernity according to local conditions. That is a somewhat abstract notion at the moment. It involves deeper urbanization, the creation of the best soft infrastructure for the country, a complete social and health welfare system, and the realisation of something akin to the `China Dream,’ which Xi has been talking about a lot over the last five years.

One has to assume that for the realization of this grand vision, China will need to do more than just grow rich, clean up its environment, and have large numbers of people move to the cities. Surely it will also involve the Party changing its role in society. After all, that is precisely what has happened since the first phase of modernisation of socialism with Chinese characteristics after 1978. The Communist Party back then allowed large swatches of society to depoliticize, tolerated (and then embraced) the rise of a local market, allowed foreign capital in, and even put up with entrepreneurs. For two decades it also toyed with the idea of multi candidate elections, at least at the village level.

This phase of reform ended. But the emergence of a new era of modernisation and reform hints at a return to that period of experimentation. The 2035 vision maps out in very abstract terms a space where not just economic, social and diplomatic change can occur, but also political. And space like this is where things can happen that weren’t entirely expected. This doesn’t mean that China is about to become a multi-Party democracy. Far from it. But it does mean that an attempt will be made to answer the question of what a more pluralistic, participatory one party system might look like. The fact that Xi did not explicitly mention this is, in fact, meaningful. Because he didn’t explicitly say, in all the words he used, that the Party did not need to undertake political reforms and change its mode of governance. He just said that it wouldn’t copy western models. His Congress report this year at least provides the space where that might happen. The question is now about who might move in to start populating this with ideas and strategies that are able to accompany, support, and fulfil the large economic, cultural and social ambitions he referred to in such detail in his speech. It is unlikely they are going to get far without a reforming, and reformed, Party in charge.