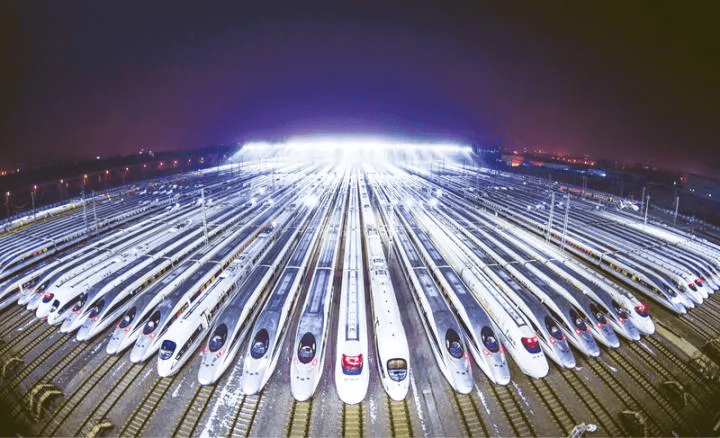 In his report to the 20th National Congress of the Communist Party of China, General Secretary Xi Jinping stated explicitly: “From this day forward, the central task of the CPC will be to lead the Chinese people of all ethnic groups in a concerted effort to realize the Second Centenary Goal of building China into a great modern socialist country in all respects.”

The CPC will realize this goal in two steps. First, from 2022 to 2035 comes basic modernization. Second, by the middle of this century, a great modern socialist country will emerge that is prosperous, strong, democratic, culturally advanced, harmonious and beautiful. The next five years (2021-25) will be a key period. Therefore, the first and foremost task of the CPC is development.

Although China is the world’s second-largest economy, with a GDP of $17.7 trillion in 2021, its per capita GDP is far behind member countries in the Organization for Economic Co-operation and Development. Through basic modernization, China’s per capita GDP should attain at least the level of the lower group of OECD countries. In 2021, its per capita GDP was $12,566, while that of Czechia (Czech Republic) is $26,379. If China doubles its real GDP by 2035 on the basis of 2020, taking into account a 2.0 percent annual CPI increase, the nominal per capita GDP could hit $29,000 (at the exchange rate of 7 yuan to a dollar), equal to that of today’s Czechia.

Because of the extra-large 1.4 billion population base in China, total GDP would have to grow by $23 trillion by 2035 to hit that goal. Historically, the UK, France and Germany realized modernization with populations of tens of millions each. The U.S. had a population of over 100 million when realizing modernization after World War I. And so did Japan in the 1960’s.

In sharp contrast, China will strive to realize modernization for its 1.4 billion population — more people than the U.S., Japan, UK and EU combined. As a result, the unprecedented size of growth over the next 14 years will be the largest in human history. To meet that ambitious goal, first and foremost, China must concentrate all its efforts and most of its resources on the pursuit of high-quality development until the middle of the century.

According to General Secretary Xi Jinping’s report to the 20th National Congress of the Communist Party of China, basic modernization is much more than a sheer national average of per capita GDP but of socialism in substance. It means basic modernization of all the Chinese people, with no one left behind and thus entails more indicators. Three arduous national efforts, among others, are imperative:

First, a substantive increase in personal disposable income (DPI) of all the people. In 2021, it was $5,447 per capita, or 43.4 percent of per capita GDP, which was too low. It was 9.9 percent of the U.S., which stood at $d55,373, or 79.9 percent of per capita GDP. It is imperative for China to increase personal income faster than GDP growth and substantially increase the share of DPI in GDP to at least 50 percent — and preferably to 60 percent. That will require a fundamental reform of the Chinese economic structure and governance.

Second, a considerable narrowing of regional income disparities in the country. While the national per capita GDP reached $12,556 in 2021, very close to the World Bank high-income economy threshold, provincial data varied widely, with Jiangsu at $21,287, equal to Slovakia, and Gansu province at $6,341, about the same as Nicaragua. Guangdong, the largest provincial economy in China, has a highly developed Pearl River Delta but a poor north, east and west. Last year, Shenzhen had a per capita GDP of $27,070, equal to that of Czechia, while Meizhou had only $5,240, which was lower than Mauritania in Africa.

Third, a considerable fall in CO2 emissions intensity, hitting the CO2 peak by 2030, and an absolute drop in CO2 emissions beyond 2030. Last year, total CO2 emissions in China reached 10.52 billion metric tons, 31.1 percent of the world total. It is China’s global obligation to peak emissions by 2030 at the latest, and preferably before then, to fight global climate change. In this regard, tremendous investment in clean energy technology will need to increase.

The only way to realize these goals is innovation and high-tech development. China already does 30 percent of the world’s manufacturing and thus has little room for further lower-end expansion. The only way is to raise labor productivity at least 100 percent or more, through basic research and development and massive application of the world’s latest technology — AI, semiconductors, supercomputing, quantum technology, alternate energy and bio-technology.

To realize the above-mentioned goal and high-quality development pattern, the 20th National Congress of the CPC reaffirmed that China is committed to a national policy and strategy of opening to the world. Over the past 10 years since the 18th CPC National Congress in 2018, China has emerged as the world’s largest trading power, the largest exporter of goods and the largest trading partner of 140 countries and regions of the world.

Total cross-border direct investment inward stock hit $2.02 trillion as of the end of 2021, the fourth-largest in the world, trailing only the U.S., the Netherlands and the UK. The outward stock reached $ 2.52 trillion, the world’s third largest, after the U.S. and the Netherlands.

China has also become a key global supply chain nexus in various sectors and thus is closely knitted into the world economy. Modernization in China cannot succeed without integration with the world economy, markets, capital, talent and other resources. The 20th CPC National Congress called for steady expansion of institutional opening-up with regard to rules, regulations, management and standards, so as to make the Chinese economy one of high convergence in the global economic mechanism.

China has set up 21 free trade zones at home and joined 19 regional or bilateral free trade agreements. It has also applied to join the CPTPP and DEPA.

Xi Jinping, in his report to the 20th CPC National Congress, stated that “China has always been committed to its foreign policy goals of upholding world peace and promoting common development.” China needs a peaceful and cooperative international environment so it can concentrate its efforts on modernization. It has launched Global Development Initiative (GDI) and Global Security Initiative (GSI) for cooperation with the international community for mutual benefit and a shared future.

The above elaboration of the 20th CPC National Congress shows that home development prevails at the top of the Chinese leadership’s agenda. There is no logic under which China would create any threat to the world, nor to the United States.

China will outstrip the U.S. as the world largest economy when its per capita GDP reaches $29,000, or a little earlier. Even by then, China will still have only a moderately developed economy. Its per capita GDP will be less than one-third of the U.S.

China will certainly continue to develop its economy and bring its people an even better life. The size of the economy, largely due to the size of the population, does not create any threat to the world, nor to the U.S. China overtook the U.S. in 2015 in GDP as measured in PPP. However, nothing has happened since then.

China’s high-quality development, adopting the world’s latest technology, is the only path to modernization. This is the common experience of all developed countries. The first industrial revolution brought Great Britain to an advanced economy because the revolution of power technology raised labor productivity by a factor of hundreds.

For China to realize basic modernization, it will have no choice but to catch up with the world’s fourth industrial revolution. Again, this has nothing to do with “threatening” the U.S. The recent U.S. ban on the export of high-end chips to China, based on fears of the “China threat,” is misguided.

To realize its 2035 goal, China will continue, and even accelerate, its opening-up in support of globalization. It certainly has no interest in changing the current world order based on the UN and its charter, or the global economic order based on the WTO and its rules. On the contrary, China is a firm supporter and contributor.

China is offering enormous opportunities to the world, including the United States. A USCBC report found that U.S. exports to China have supported 850,000 American jobs. A recent study by the CISS and Stanford University found that, over the period 2010-19, U.S. workers who were engaged in China trade saw their pay rise by 75 percent.

U.S. investment in China generates more than $600 billion in sales revenue each year. With China’s nominal GDP on track to more than double by 2035, the U.S. will reap more than double its current benefit. China and the U.S. have every reason to seek all the possible mutual benefit areas and opportunities. There is a positive road map for the years ahead that, if followed, will be good for China and good for America.