Defensive or Not, Trump’s China Tariffs are Illegal and Must Be Suspended 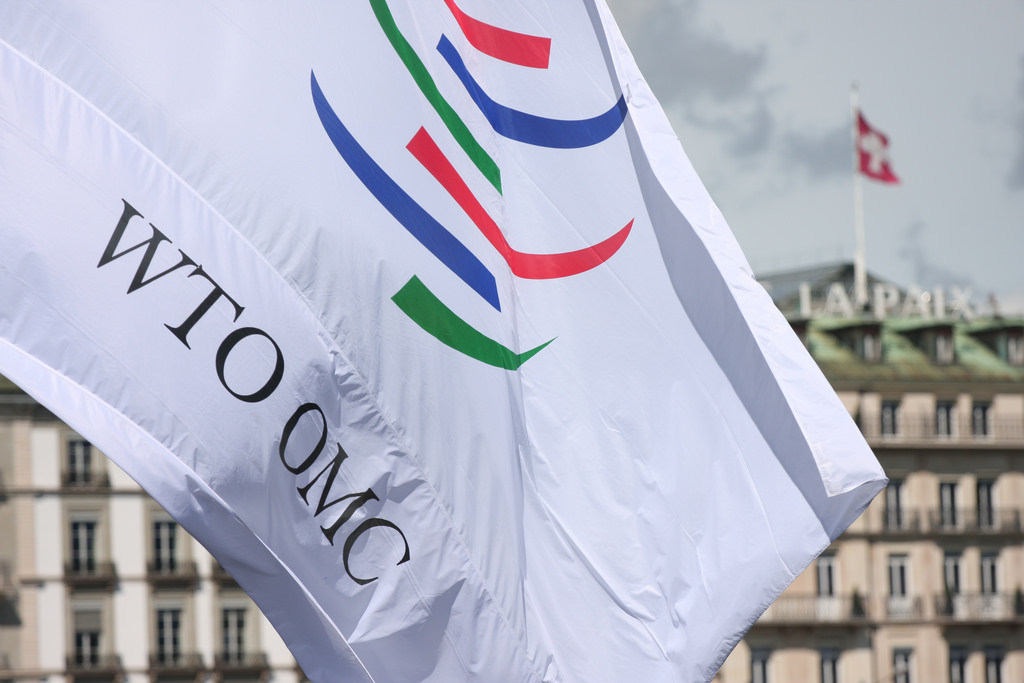 During the last week of May, President Donald Trump upped-the-ante in his trade, technology, and intellectual property rights-related battle with China by declaring that his administration would impose a 25% tariff on $50 billion of goods imported from China. Mr. Trump’s trade policy advisor, Peter Navarro, characterized the tariffs as a “defensive” measure in response to Beijing’s supposed economic aggression against America. On June 14, Trump’s United States Trade Representative (USTR), Robert Lighthizer, released a final list of 818 tariff lines, valued at $34 billion, that are to be subject to an additional 25% duty. The duties come into effect on July 6. A further $16 billion worth of imports are to undergo public review prior to the imposition of final duties.

President Trump’s late-May announcement appeared to reverse – and renege on – a consensus reached by his Treasury Secretary, Steve Mnuchin, and Chinese Vice-Premier Liu He in mid-May following three weeks of intensive consultations. That consensus, which laid the broad parameters for resolving the U.S.-China trade, technology and IPR frictions, had been explicitly blessed by Mr. Trump.

The seeming inevitability of the July 6 tariff hikes notwithstanding, it is by no means certain that they will come into effect. Quiet consultations under the Mnuchin-He framework have by and large been productive and more consultations are possible in the days ahead. As late as July 5, Mr. Trump could postpone the implementation of tariffs, suspend them temporarily or even permanently, using the authority that he enjoys under the Section 301 statute under which they were imposed. At this time, both sides appear to be playing a ‘game of chicken’ – Trump daring Beijing to place more on the table or else he will impose the tariffs; China, on the other hand, daring Trump to walk away and relinquish the considerable trade and foreign investment-related deliverables that Beijing has already offered. The situation remains extremely fluid at this late stage.

If the $34 billion worth of additional duties do come into effect on July 6, it will surely invite tit-for-tat, dollar-for-dollar retaliation from the Chinese side. Regardless of whether the tariffs are “defensive” or not, they will also be immediately challenged within the World Trade Organization’s (WTO) dispute settlement system and, importantly, will surely be found to be in violation of international trade law.

Trump’s Section 301 China IPR-related tariffs are illegal on two counts: as a substantive violation and as a procedural violation of the U.S.’ WTO treaty obligations.

The U.S. is legally bound by two fundamental principles of international trade law: the nondiscrimination principle and the predictability principle. As part of the non-discrimination principle, Washington is not allowed to discriminate between trading partners, including Beijing. If one country is granted a special favor, such as a lower customs duty rate for one of their products, that favor must be extended to all other WTO members. This is known as most-favored-nation (MFN) treatment. By unilaterally raising customs duties in “connection with importation” from China, and with regard to China only, the Trump administration would be failing to extend “immediately and unconditionally” to China the “advantage, favor, privilege or immunity” that it has granted to all its other trading partners for “like products.” In doing so, the U.S. would be in violation of GATT Article I.1 pertaining to ‘most favored nation’ treatment.

With regard to the predictability principle, Washington is required to bind its tariff offers to its trading partners and transparently notify these bindings to the WTO. These tariff bindings amount to ceilings on customs tariff rates that can be levied. The U.S. is at liberty to apply a lower tariff rate to its trading partners on a day-to-day basis, but it is not allowed to raise these rates above its notified tariff ceilings. If Washington insists on raising the tariff rate above the notified ceiling, it must first negotiate this change with trading partners, which could mean compensating them for loss of trade benefits incurred. As such, should Trump unilaterally impose a 25% duty on Chinese exports to the U.S., he would unambiguously be breaking through the U.S.’ notified tariff ceilings, and thereby be in violation of GATT Articles II.1(a)(b) in this regard.

From a procedural standpoint, the U.S. is legally-bound to submit all relevant trade dispute-related grievances, including grievances related to unfair trade practices, to the WTO’s dispute settlement body (DSB) first. It must wait until a DSB-created panel has ruled on the matter before imposing retaliatory remedies. The remedies imposed must also hew to the panel’s ruling and recommendations and cannot be unilaterally-determined. This approach was legally confirmed in WTO jurisprudential procedures during the late-1990s in a case brought by the European Union against the U.S. in another Section 301 case. In that case, the panel concurred that Washington needed to administer its Section 301 provisions in a manner that was consistent with its obligations under the WTO’s dispute settlement understanding to remain in good standing. Specifically, Washington was legally required to base determination of any Section 301 violations on a prior WTO panel or appellate body decision. By imposing a 25% duty on 818 tariff lines that is neither based on nor aligned with a ruling that has been endorsed by the dispute settlement body, the Trump administration would be in procedural violation of its multilateral treaty commitments.

During a speech at the National Press Club in mid-May, Commerce Secretary Wilbur Ross implicitly acknowledged that Trump’s China tariffs did not enjoy a basis in law. He specifically lamented that the WTO’s most favored nation principle as well as the U.S.’ notified tariff bindings thwarted Washington’s ability to arm-twist China – at least, from a legal standpoint. The Trump administration must build on this recognition of permissible – and impermissible – limits and, after suspending its tariff threat, sit down with President Xi’s reform-minded team and press for the further liberalization of China’s foreign direct investment and intellectual property rights regimes. Recourse to tariffs, by contrast, is a violation of basic international trade law principles and WTO procedures. Such tariffs are not defensive; they are just plain illegal.

WTOTrade WarChina-U.S. Trade
printTweet
You might also like
Back to Top
CHINA US Focus 2023 China-United States Exchange Foundation. All rights reserved.