From Accusations of “Currency Manipulation” to Currency Cooperation 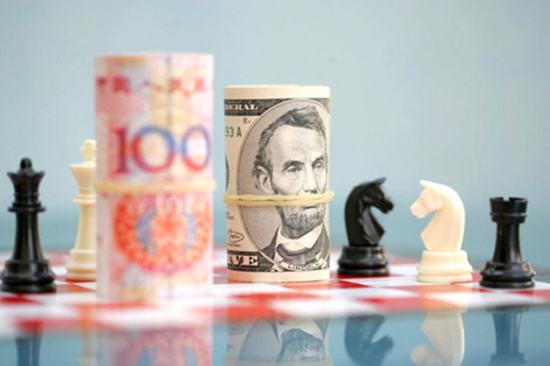 As the United States and China are engaged in the last and most significant stretch of negotiations to avoid a trade war, news broke that the two countries reached an agreement on currency manipulation. Speaking to journalists at a meeting on February 22, 2019 with Chinese Vice-Premier Liu He, U.S. President Trump said that a “final agreement” had been worked out between the two countries on currency.

However, neither side offered details besides saying that the potential currency agreement could be the strongest ever. One big sticking point is that an understanding on currency would fall under the full negotiated settlement, but so far negotiations have not reached consensus on a mechanism for dispute resolution that could satisfy both sides.

This promises to be one of the thorniest issues to be hammered out, since the United States holds that China has not adhered to prior agreements. Washington would thus like to reserve the right to re-impose tariffs and other measures if it deems that Beijing has not held up to its end of the bargain. Whoever is empowered to make this assessment will be a crucial factor.

Therefore, the critical issue of enforcement in a proposed currency deal remains a key challenge. What the United States actually fears most are unilateral moves by Beijing to depreciate the yuan or renminbi. Given past history, this fear is somewhat exaggerated, and there might be an elegant way of ensuring that the yuan does not depreciate in a sudden and destructive manner.

The history of the yuan under a managed float is rather brief. Before 2005 the yuan was directly pegged to the US Dollar, and then allowed to gradually appreciate in two phases. Only beginning in 2011 did the yuan start to see substantial two-way movement with greater exposure to market pressures.

During this period the People’s Bank of China (PBOC) continued to intervene in exchange rate markets, but these efforts never aimed to deliberately devalue the yuan. Rather, the main purpose has been to smooth out exchange rate fluctuations, to diminish volatility in the yuan’s exchange rate vis-à-vis the dollar, and more recently vis-à-vis several other key currencies.

American fears that the Chinese government would work to deliberately orchestrate a large devaluation of the yuan to gain export competitiveness are thus overblown. The US Treasury’s own reports reflect that. While there is some concern about non-market intervention, so far China has not met US definitions of a currency manipulator.

During the 2010 to 2014 period, China mainly worked to forestall a rapid appreciation of the yuan. The PBOC bought up large amounts of US dollars to dampen appreciation pressures. However, since then major interventions have more often been to stabilize the yuan on the downside, to forestall a rapid and dangerous depreciation that could lead to large-scale capital outflows and thus financial instability. China’s foreign reserves reflect this, declining from around four trillion US dollars in 2014 to around three trillion now.

Put differently, the major challenge China faces, despite large foreign exchange reserves and a tightly managed capital account, is to keep the yuan from rapidly devaluing, especially if capital account opening remains a policy goal. For the United States and China, there would be an elegant and fundamental way to diminish devaluation pressures on the yuan: a large, ideally infinite, currency swap line between the US Federal Reserve and the PBOC.

Currency swap lines established by these agreements were an important tool to stabilize exchange rates during the global financial crisis. The PBOC has also been very active in signing these swaps, including with several developed economy central banks, such as the Reserve Bank of Australia and the Bank of England. However, so far the Federal Reserve has not entertained such an option.

A bilateral currency swap agreement is likely to incur considerable criticism in Washington, including from elements within the White House who would see this as tantamount to undermining their efforts to “decouple” the American economy from China’s. But these criticisms are political and short-sighted.

There would be considerable economic and long-term political benefits for both sides. First and foremost, it would give an immediate confidence boost to the yuan, likely resulting in an appreciation over the course of several years.

This in turn is the opposite of what Trump accused China of, namely manipulating its currency to gain a competitive advantage. A gradual appreciation of the yuan would dispel this accusation and could aid in diminishing the US trade deficit with China, though the history of US-Japan economic relations shows this is not necessarily a given.

For China, a bilateral currency swap agreement with the Federal Reserve would instill considerable investor confidence, meaning fewer worries about rapid capital outflows that could destabilize the yuan exchange rate and lead to a collapse in its value. Such stability would allow China to open up its capital account more rapidly and enable efforts to make the yuan’s exchange rate fully market-driven, both longstanding demands on the US side.

In the longer term, there could be further benefits for the United States. It would mean more stability in foreign exchange markets as the globe moves towards a multipolar currency system. Although predictions of such a move have been premature so far, a smaller role of the US economy globally, especially as a buyer of key commodities, will inevitably lead at some point to a diminished role for the US dollar. A large currency swap agreement between the US Federal Reserve and the PBOC could actually strengthen the dollar’s long-term status and make any transition much smoother.

In short, there are considerable benefits for both sides in bolstering the emerging currency agreement with a relatively well-tried mechanism to stabilize exchange rates in times of crisis: a bilateral currency swap agreement. In the case of China, such a swap line could insert a strong appreciation bias into the yuan’s exchange rate, exactly what the Trump administration desires. All that stands in the way are politics.

RMBRMB DevaluationPBOC
printTweet
You might also like
Back to Top
CHINA US Focus 2022 China-United States Exchange Foundation. All rights reserved.