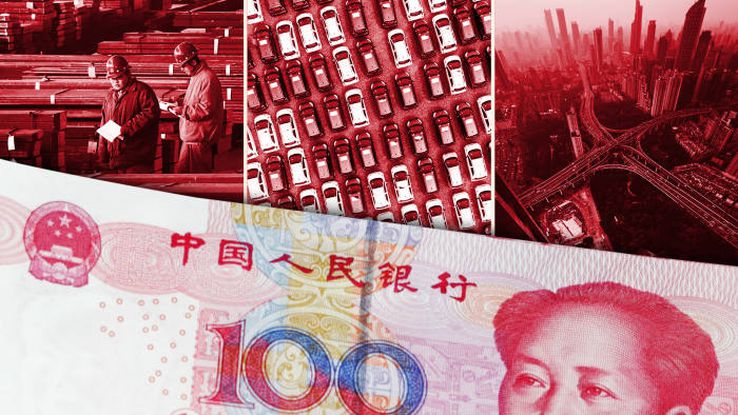 China’s rapid economic growth over the past four decades has made it less vulnerable to the sort of backwardness that characterized it in the 19th century. From the Opium War of 1840, China faced two major realities: the survival of the nation and the survival of its people. In addition, it had been under external pressure to make profound social and economic changes. The desire for economic development was driven by national and popular survival concerns.

To date, high growth has fulfilled its historical mission of solving these corresponding problems. In China’s new development stage, the growth cycle needs to address the structural issues of economic growth and take into full consideration the issues of group equity, intergenerational continuity and climate inclusion.

1. High-speed growth has accomplished its historical mission of dispelling China’s centurylong anxiety over national security and its people’s survival.

After the founding of the People’s Republic of China, the nation started to build socialism independent of the world system and establish a sound industrial foundation, but its sense of security crisis lingered. From 1964 until the eve of the implementation of the reform and opening-up policy in late 1979, China embarked on an unprecedented Third Front campaign in which a large number of industrial production facilities were relocated deep inland to avoid the threat of attack from the U.S. and Soviet Union.

For a long time, China has understood its important period of strategic opportunity for reform as the absence of the threat of war, and Deng Xiaoping’s great decision to promote reform and opening-up was based on a strategic judgment: “We don’t think there will be a world war.” It is clear that China's perception of security threats has long influenced the implementation of the reform strategy.

Reform and opening-up was the start of a 40-year era of rapid growth. China is able to perceive more deeply than ever the significance of its national strength in maintaining peace, and its strong economic growth has made it more optimistic about the prospects for peaceful development in the world. When the United States bombed the Chinese embassy in Belgrade, Yugoslavia, in 1999, and when Chinese and U.S. aircraft collided over the South China Sea in 2001, the Chinese public showed less security anxiety and more hope for a resolute counterattack by the Chinese military. This marked the beginning of the substantial transformation of China’s century-old national security anxiety.

In addition, the rapid growth dispelled the survival anxiety caused by absolute poverty in the shortest possible time. During the process of rapid growth, China experienced the largest industrialization and urbanization in human history. The export-oriented industrial development solved the problem of employment of the surplus rural population in a relatively short period of time. China gradually solved the problem of poverty through income premiums for the agricultural population and rural collective land contracting rights under the market mechanism, and solved the problem of absolute poverty through a series of poverty eradication initiatives.

2. The new round of growth rates need to be adapted to the reform of the economic structure and other major sectors to seek high-quality development.

High economic growth is an important historical lesson learned in addressing absolute income growth, but the drawbacks in addressing income balance are becoming more prominent. The economic miracle of China’s rapid growth began with a policy of differentiated regional opening, based on imbalanced development both in rural areas and in regions. This has led to a series of social problems such as income differentiation that should not be underestimated.

Under the international circulation model, international trade disputes and industrial security issues arising from the over-expansion of export-oriented industries are becoming important sources of risk to China’s sustainable growth. Rapid growth has taken a back seat to solving the major strategic issues facing China’s development, and has even become an important risk factor in itself.

In the new development stage, considering the structural changes in domestic industrial patterns and demographic structures, high growth has become extremely inefficient for solving the current major social problems such as unbalanced development. At present, in pursuit of sustainable social and economic growth, China needs to fully take into account the drawbacks of high-speed growth. In its reform, China needs to first take into account factors such as group equity, intergenerational continuity and climate inclusion. The relative poverty resulting from China’s uneven and inadequate development has become a more important reform priority. Future economic growth rates need to be adapted to the reform of China’s economic structure and social and economic sectors.

3. How should the reform space and policy logic for the new long-cycle growth be understood?

Unbalanced and insufficient development is the main problem affecting China’s current social and economic development. The most effective solution to this problem is also the source of strength for China to achieve a new round of sustainable growth. Under the new development pattern, the resolution of the development imbalance between regions, between urban and rural areas and between groups will help to sustainably release the potential of domestic economic development.

(1) Using the regional policy to end market segmentation, activate the internal linkage and circulation system of industrial chains and promote the transformation of comparative advantage-oriented economies of scale into economies of scope based on cross-regional systemic integration.

Under the traditional external circulation model, domestic industrial development is based on the international market, and through the price distortion of labor, land and environmental factors, the advantages of scale are developed in the corresponding low-end industries or single production chains.

It is difficult to form effective industrial synergy and a systemic integration effect between different domestic regions; and driven by local interests, even homogeneous low-end industries may engage in a race to the bottom to segregate the market. The future direction of China’s regional economic reform and development is to transform from an inefficient economy of scale to a high-quality economy of scope.

The distortion of the factor market caused by local government intervention will end. The paradigm shift from an economy of scale to an economy of scope with high-quality development will be promoted by stopping the market from being segmented and bringing into play the integration effect of the industrial chain in the big market.

(2) Refining wealth distribution, improving the consumption motives of different groups and reconstructing the motivation base of demand-side reform.

China’s huge domestic market potential is suppressed by the long-term imbalance of income distribution and welfare policy supply. Due to the existence of income disparities, the rich group has a saturated desire in specific consumption areas, and the marginal consumption utility is significantly lower than that of the low-income group.

In this case, raising the relative income level of the low-income group can largely improve the overall consumption desire of the society and thus activate the huge domestic demand market. China’s social welfare reforms have lagged significantly behind economic reforms. In the current policy environment, there is clearly enormous room for social welfare reform. For example, the average urban retiree can receive a monthly pension of 3,000 yuan or more, but the rural population — more than half of China’s elderly population —receives a rural insurance benefit that is less than one-tenth of urban workers’ insurance benefit. The current reform focuses on how to break through the bottleneck of local financial resource constraints. But despite the difficulties, the reform has made orderly progress. The Central Economic Work Conference held at the end of 2021 proposed to promote the unified national management of basic old-age insurance, which is an important step in addressing the imbalanced development both in rural areas and in regions. In addition, the reform of the agricultural and rural management system has entered a new stage, and the reform around collective land management rights will give Chinese farmers more wealth rights

(3) The rich and sufficient reform toolbox in China.

Compared with the Western countries that stimulated recovery through quantitative easing during the pandemic, China has adhered to a strict fiscal and monetary policy, helping to avoid the deficit monetization path of the West. To address the fiscal shortage, China can reconsider the quasi-fiscal properties of SOE shares and dividends at the ownership level and study the policy path of using foreign reserves for domestic welfare reform.

At the monetary policy level, scholars have already proposed the creation of new channels for currency delivery under the premise of controlling the total amount of currency issuance. China is still improving its currency issuance mechanism, and in recent years the central bank has carried out reform and innovation in the field of digital RMB, which can become an important policy tool for precise currency delivery.

In the field of industrial policy, the new market advantage oriented to the improvement of the industrial chain system is becoming a new comprehensive advantage to reshape China’s international competitiveness, and the effect of China's giant market will become more evident and will increasingly change the expectations and investment behavior of market entities. The current repositioning of foreign capital in China’s domestic market has long-term indicative significance as an investment strategy.

China’s EconomyChina’s ReformThe Governance Of ChinaCommon Prosperity
printTweet
You might also like
Back to Top
CHINA US Focus 2023 China-United States Exchange Foundation. All rights reserved.