How Will the Indo-Pacific Strategy Impact the Belt and Road Initiative? 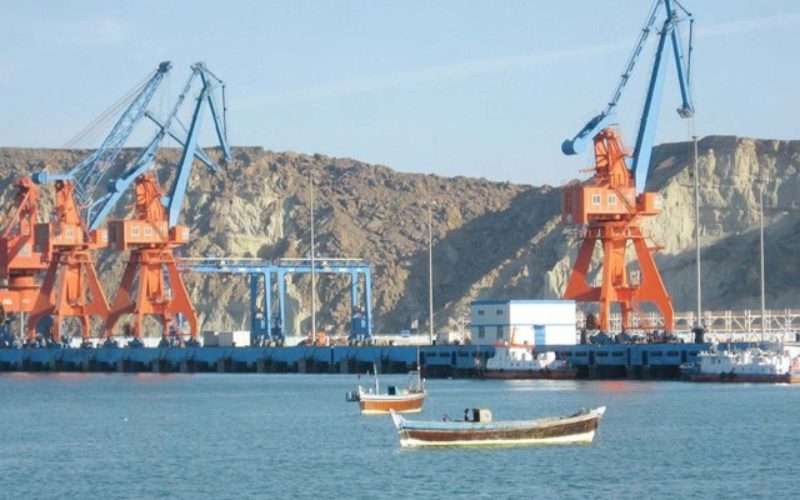 US President Donald Trump's visits to five Asian countries in November 2017 made the word "Indo-Pacific" topical in China. There have been seminars regarding the "U.S. Indo-Pacific Strategy". This reflects the fact that the United States is still the country that influences China's diplomacy the most, though this influence is obviously declining.

What exactly is this "Indo-Pacific Strategy"?

One specific feature of Western strategic culture is to identify a rival and make an appropriate strategy to deal with. For the United States, this rival was the Soviet Union during the Cold War. In the 1990s, it then became the non-Western civilization. And after the 9/11 attack, this rival was identified as terrorism and failed states. The Trump Administration at present regards the so-called revisionist countries (China and Russia) and rogue states (Iran and North Korea) as rivals. The rapid rise of China has not only changed the balance of power in the region, but it also challenged the values and interests of the United States. Whilst the Obama administration responded with the "Asia-Pacific Rebalancing" strategy, the Trump administration has the "Indo-Pacific Strategy".

This is a strategy that is still under development. It seems President Trump hasn’t got enough time to finalize this strategy. To realize “America First”, Trump has placed more emphasis on the United States’ homeland and economic issues, as well as a number of issues, such as the Islamic State and the DPRK nuclear issue, which could directly affect the security of the United States. In short, Trump has much less interest in America’s international leadership status than Obama, and the “Indo-Pacific Strategy” is mainly pushed forward by military forces and the Republican establishment.

Indian Prime Minister Narendra Modi is more interested in the "Quadruple Alliance" than his predecessors. However, India has a deep-rooted non-alignment strategic culture and cherishes its own strategic autonomy. India does not want to be a pawn of any great power – neither of the Soviet Union during the Cold War nor of the United States after the Cold War. At the same time, India is also worried about the influence of Japan, Australia, and the United States in the Indian Ocean and the South Asian region.

Therefore, it is unlikely that the "Quadruple Alliance" will be formally established. The four countries will cooperate on certain issues, such as military exercises, operations in the South China Sea and the Indian Ocean, but such cooperation will be limited.

The Indo-Pacific Strategy is also influenced by two factors: the particularities of Sino-U.S. relations and the characteristics of the "Belt and Road Initiative" (OBOR).

The United States has abundant experience in dealing with enemies and allies, but China is neither an enemy nor an ally of the United States. The basic judgment of the United States on China has changed dramatically in recent years. Since the Nixon administration, U.S. strategy toward China has been based on the belief that with economic development, China will eventually move toward the Western model politically. This is not the case. China is demonstrating a model that differs from the West. This makes the elites in the United States particularly frustrated, prompting them to adopt tougher policies towards China. The problem, however, is that China has a variety of roles for the United States. China is an economic and cultural partner, an opponent in military and ideology, and a competitor in the IT and manufacturing industries. And when it comes to anti-terrorism, the DPRK nuclear issue, Afghanistan’s post-war reconstruction, and climate change, China is a collaborator. China is also the number one buyer of U.S. bonds. Therefore, in the National Security Strategy Report released in December, China's position was identified as a strategic competitor, but in some paragraphs it was called “a rival power”. It is difficult for the United States to use one word to define China. This means that the United States needs to wrestle with China in different fields. This is a new issue and the United States has no confidence in winning.

OBOR is a top-level strategy of the current Chinese government to improve foreign relations. It is a peace-developing initiative that aims at promoting China’s relations with other countries, assuming due responsibilities as a great power and benefiting other countries. China has no intention of establishing a military alliance against the United States during this process. China sees itself as “the builder of world peace, the contributor of global development, and the defender of the international order”.

The construction of the OBOR mainly focuses on the economic and cultural fields. Cooperation is the only way for the success of the OBOR and for benefiting all concerned. China doesn’t pursue exclusiveness in the process of building OBOR. This also reflects the traditional Chinese philosophy of global governance, which is characterized by “seeking common ground and shelving differences”.

To conclude, the Trump administration will likely use the Indo-Pacific Strategy to rebalance against China. But given that such a strategy is not in line with Trump's idea of "America first" and lacks institutional implementation, the "Indo-Pacific Strategy" is unlikely to affect the building of OBOR.

Indo-PacificBelt and Road
printTweet
You might also like
Back to Top
CHINA US Focus 2018 China-United States Exchange Foundation. All rights reserved. Disclaimer