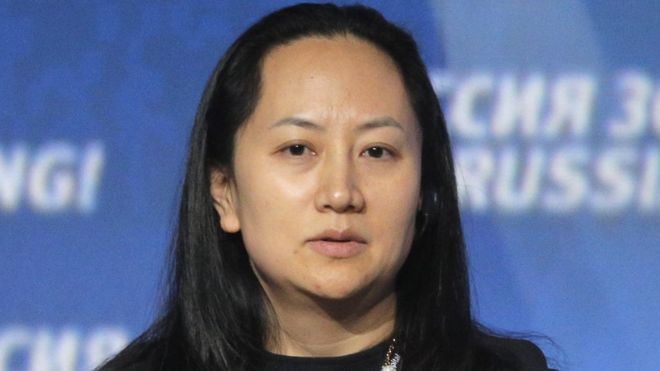 The China-US trade war is the most significant event in 2018. Since the trade war began both countries have actually been cautiously avoiding the “Thucydides Trap.” On December 1, leaders of both countries reached an agreement on a 90-day truce in Argentina at the G20 summit, so that more specific and constructive agreements may be facilitated. However, the detention of Huawei CFO Meng Wanzhou suddenly disrupted such reconciliatory atmosphere. Since the incident involves dominance in 5G technologies and competition over international standards for high-end manufacturing in China, China has undertaken unprecedented overall “diplomatic protection” in order to provide multi-layer protection for an individual citizen, intervening both politically and judicially, and finally promoted Canadian judicial authorities to make a decision of release on bail. However, the case will go through extradition hearings and procedures, and if extradition is approved, and the US formally files charges, plenty of variables and complexities will be added to the long-term wrangling over the China-US trade war.

The Meng case is the latest one concerning a top executive of a giant Chinese corporation following the recent troubles involving ZTE case and JD.com president Liu Qiangdong case. Targeted at the internationalization and market share of Chinese companies, such cases are widely suspected of “judicial politicization,” as political maneuvering by the United States focused on suppressing the international development of Chinese hi-tech enterprises. Canada is obviously in a supporting role in accordance with the US-Canada agreement on judicial mutual assistance and at the request of US judicial authorities. Despite various doubts throughout, the process presented itself in the form of legal procedure, under the cover of judicial independence, until Trump made the claim that he may intervene when trade negotiations call for it. Trump has even considered the possibility of no extradition, if that happens, Canada will find itself in an embarrassing position of confronting China singlehandedly, not only have to seal the case without extraditing Meng, and acquitting her, but also enduring retaliation from China. Chinese authorities have made it clear that Canada must bear full responsibility for harming the legal rights and interests of a Chinese citizen without due cause.

Politicizing of judicial proceedings by the US and Canadian authorities is unjustified. First, Huawei did not directly engage in transactions in violation of US sanctions against Iran, the direct subject of prosecution by US and Canadian judiciaries should be the Hong Kong-based Skycom. As of now there is insufficient evidence for US and Canadian judicial authorities to “pierce the corporate veil.” Second, US trade ban against Iran is US domestic legislation, and Chinese trade ties with Iran follow WTO international laws and the Iran nuclear deal. Even if evidence ultimately proves trade relations exist between Huawei and Iran, the US’ “long-arm jurisdiction” is illegal, and involves serious damage to international law. Third, Canada does not have legal interest in the case, and its agreement with the US on mutual legal assistance does not necessarily mean closely cooperative judicial actions. The Canadian judiciary’s discretion indicate both legal and political defects. Fourth, subjecting Meng to handcuffs and ankle monitors dishonored her and indicated a presumption of guilt. This does not conform to Canada’s own constitutional stipulations and United Nations conventions on human rights.

China reasonably guided public opinion, sought a proper balance between nationalist feelings and foreign legal procedures. It also used political protests and pressure against the “judicial politicization” of the US and Canada. At the legal level, the Chinese side actively took advantage of Canada’s judicial procedures to protect Meng. The conditional release on bail itself is an achievement in protecting China’s overseas interests. Huawei is a symbol of Chinese high-end manufacturing, and a “quasi lawmaker” on 5G standards in the telecommunications industry, and providing the strongest possible protection for Huawei’s overseas interests is part of protecting China’s national strategic interests.

The Huawei incident is obviously not an isolated case, instead, it is part of the “maximum pressure” approach in the China-US trade war. This judgment did not come from Trump’s accidental “testimony”, but more from the bipartisan political consensus on containing Chinese high-end manufacturing in American society. No matter whether the case was meant to be a bargaining chip in trade talks, as soon as it was revealed, it became one. This certainly indicates that global Chinese companies may face more and more overseas risks, some of which are purely legal ones, and some of which are political. Whilst we surely urge Chinese firms to pay more attention to obeying the laws of resident countries, in the face of "judicial politicization" protection of overseas interests at the state level is indispensable.

The Huawei incident is also a evil precedent created by US judicial authorities. First, judicial politicization damaged judicial independence and separation of powers in the US and Canadian constitutional systems, and has already prompted harsh criticism from people of insight in the two countries. Second, it undermined the principle of mutually beneficial protection in global trade relations, placing countries' entrepreneurs and corporate interests in a dangerous position, and many US entrepreneurs have already begun to worry about reciprocal retaliation by China. Third, while China-US trade negotiations faces difficulty, the US move looks clever but is actually foolish, and may result in it being forced to compensate China to repair broken ties. Fourth, the final outcome of the case may harm US-Canada judicial mutual assistance, i.e. the US may, ultimately choose not to extradite Meng, and Canada will then be the "bad guy."

In general, though the Meng case remains in process, "judicial politicization" by the US and Canada is already conspicuous. The case does not satisfy legal requirements, and forced extradition will inevitably result in a reversal in the process of China-US trade negotiations.

HuaweiTrade War
printTweet
You might also like
Back to Top
CHINA US Focus 2022 China-United States Exchange Foundation. All rights reserved.