Key Takeaways from the Second Belt and Road Initiative Summit 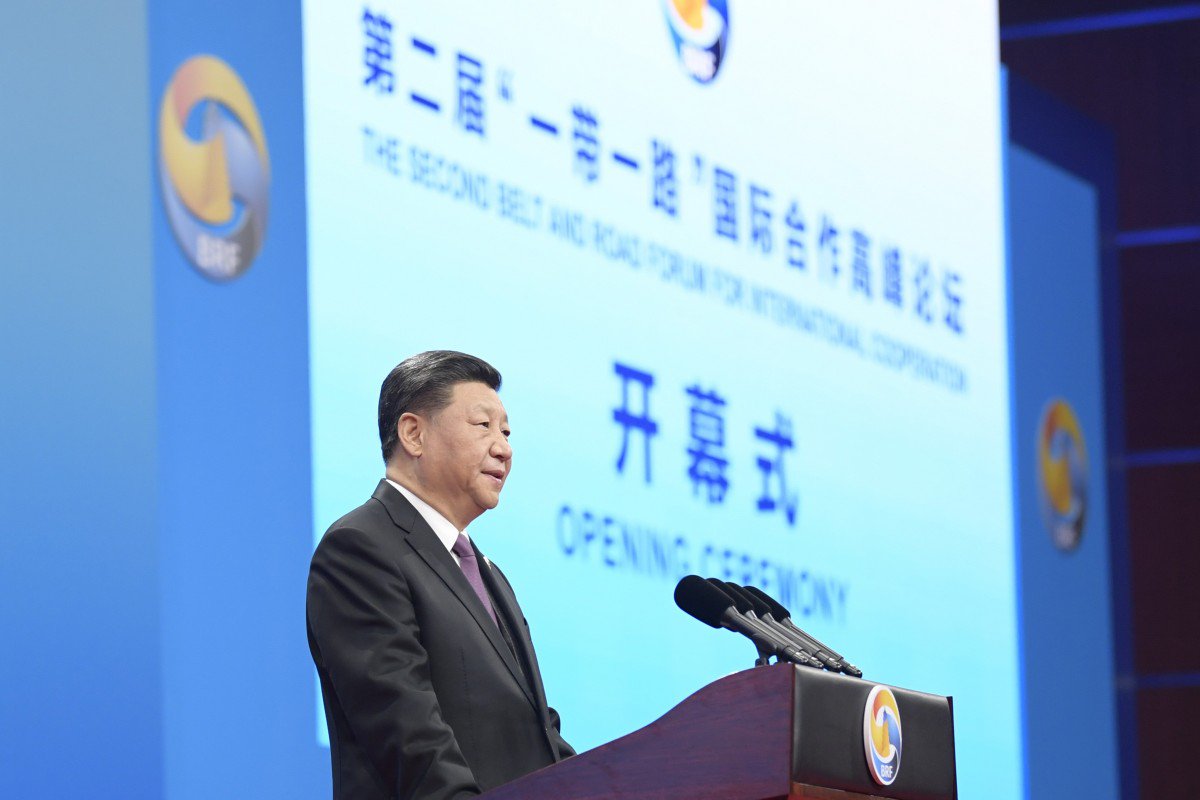 Xi Jinping delivers a keynote speech at the opening ceremony of the Second Belt and Road Forum for International Cooperation in Beijing on April 26, 2019.

The Second Belt and Road Initiative (BRI) Summit took place last month in Beijing, featuring participants from more than 150 countries. The BRI Summit served as a forum for political and economic leaders to sell their vision for the initiative’s ongoing projects. The Chinese government has notably shifted its discursive focus since the launch of the Belt and Road Initiative, and is now downplaying fears of debt encumbrance, corruption, and environmental degradation. But this should not distract us from the key fact that participation in the BRI continues to grow, including from traditional U.S. allies in Asia and Europe. China’s efforts to create a continental logistics network that brings Central and Southeast Asian nations further into its sphere of influence are continuing apace, with all of the strategic implications that expansion implies.

The Belt and Road Initiative was first announced in 2013 by Chinese President Xi Jinping with a great deal of fanfare. The project’s aim was to expand trade within and outside of Asia with a vast network of railways, pipelines, ports, and highways. In addition to facilitating trade, China hoped that the project would expand the use of the renminbi for international contracts. Since 2013, the costs of many projects have continued to expand, and domestic opposition to the initiative in some countries has grown. Some politicians have expressed fear that Chinese loans will be used as leverage to gain control over the resources and policies of host nations. As is the case with many development projects, the vast sums offered by the BRI have also provided new money-making opportunities for corrupt leaders. At the same time, local and international monitors have pointed out the serious ecological impacts that these massive development projects will have on local ecosystems. These concerns have already had some impact on support for the BRI in Asia: Indonesian President Joko skipped this year’s summit to avoid being seen as too-beholden to Chinese interests in Indonesia.

In line with its typical diplomatic strategy, China is now opting for a softer approach. Xi Jinping’s statements at this year’s summit repeatedly emphasized the importance of sustainability, consultation with host countries, and improving standards of living for those affected by development projects. This marks a shift from 2013’s somewhat-triumphalist rhetoric, with China now clearly attempting to assuage the fears of its partners and smooth the way for continued investment. The rhetoric may also reflect a realization among Chinese leadership that funding for BRI projects may need to slacken as China’s slowdown continues and fears of a global recession loom large. Whether this rhetoric will actually translate into any meaningful changes in the way that BRI projects and funding are managed is another question entirely.

Despite these hiccups, state support for the Belt and Road Initiative continues to expand. Eight additional heads of state attended this year’s conference versus the previous one in 2017. Malaysia’s Prime Minister signed onto the initiative, sidestepping previous hesitations, and Italy also signed on despite German opposition. A number of other important players – including Austria, South Korea, Switzerland, and Singapore – have all signed on for some degree of participation and market integration. Other nations like Australia, Canada, France, and Japan have signed deals to co-fund infrastructure projects in which they have an interest. The continued growth in participation in the BRI from both host and partner countries suggests that the project will continue to gather steam in spite of the hurdles listed above. While many governments will have to balance the perception that they are too responsive to Chinese interests, the funding on offer is too important for most to pass up.

What will be the strategic and economic implications if the Belt and Road Initiative continues to progress? It’s hard not to see certain parallels between China’s infrastructure projects and the developmental strategies pursued by Western empires. In the late 19th and early 20th centuries, European colonial powers created massive infrastructure projects like railways to enable their economic exploitation of their colonies in Africa and Asia. There are significant differences, of course. The countries receiving BRI investments are all formally independent and politically sovereign. Moreover, China’s penetration of its partners with military bases is nowhere near as extensive as that of yesteryear’s European powers or today’s United States. Functionally, however, the BRI may prove remarkably similar for China’s partners in Central and Southeast Asia. A simple examination of a map of proposed BRI projects shows a clear focus on linking the Central and Southeast Asian economies to China’s. These projects will allow capital and manufactured goods to flow from China to peripheral economies, with raw materials and less-complex goods flowing in the other direction.

All of this is complicated by the fact that other developed nations are also taking part in the Belt and Road Initiative to pursue their own commercial objectives. But it is undeniable that the infrastructural links being developed by the BRI will deepen the dependence of Central and South Asian nations on China, both as a market and as a financier. In this sense, China is only beginning to step into a role long occupied by Western imperialist powers like the United States. What remains to be seen is whether countries like Myanmar and Tajikistan will be able to escape the relationships of dependency that have characterized the economic domination of the Global South by the West. What is certain, for now, is that China’s rise as a major power capable of generating its own economic periphery is continuing rapidly and unlikely to end anytime soon.

Belt and RoadBRIAIIB
printTweet
You might also like
Back to Top
CHINA US Focus 2022 China-United States Exchange Foundation. All rights reserved.