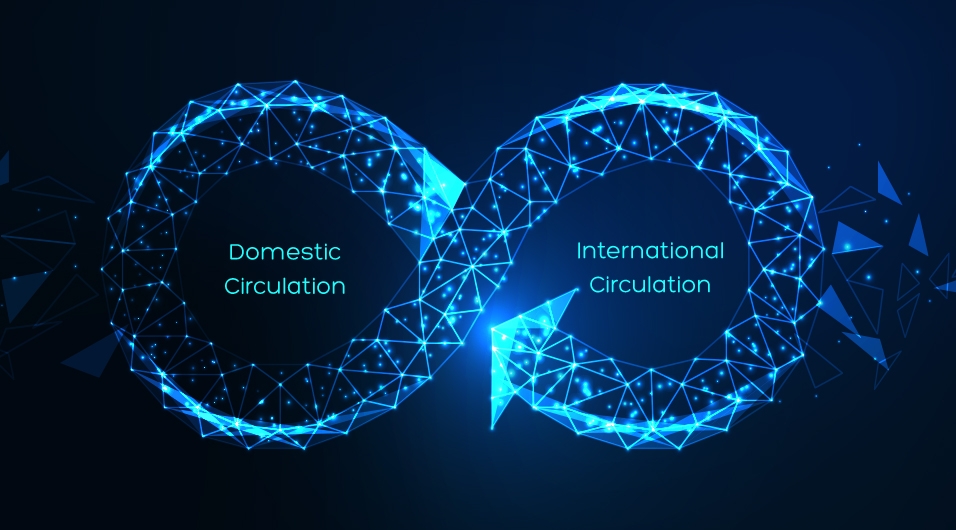 China’s dual-circulation development paradigm, as announced by President Xi Jinping in August 2020, has domestic circulation as its mainstay, with the domestic and international circulations mutually reinforcing each other. China has been a major beneficiary of economic globalization since it launched reform and opening-up in 1978. The recent adoption of the dual-circulation paradigm is a clear indication that China has no intention of retreating from economic globalization. Instead, China will continue its economic reform and promote an open world economy for all.

Because of the maturation of China’s own consumer market, which is now larger than the US consumer market, domestic circulation has become the principal focus of the Chinese economy, just as it is for the US economy. By remaining open to the rest of the world, the Chinese economy will be able to specialize in accordance with its comparative advantages, and enhance competition in its markets to help reduce domestic monopoly power and monopolistic practices.

Economic globalization has the potential to make every participant country better off, because every country has an expanded set of choices and the option of continuing with the status quo ante. If any country voluntarily does anything different from what it was doing, it will be better off. However, economic globalization also creates winners and losers in every country.

The export and import industries and their owners, employees, service providers and suppliers are the winners; and their counterparts in the domestic industries whose products are substitutable by imports and domestic consumers of exports are the losers. Even though economic globalization actually generates sufficient net gains in each country so that everyone can in principle be better off, the market will only reward the winners but not compensate the losers.

It is the responsibility of each government to compensate the losers in its own country. The problem is that most countries have not compensated their losers adequately. China has made sure that everyone wins, although to different extents, through its social safety net and poverty alleviation and eradication programs. In order for economic globalization to be sustainable in the long run, it must be winwin in every country. Otherwise, the losers will become advocates of deglobalization, isolationism, and protectionism. This is what has happened in many developed countries.

How can necessary revenues be raised to compensate the losers? A simple but equitable, feasible and easily implementable idea is for each government to impose a tax, say, of 0.5 percent, on the value of both its exports and imports of goods. It is harder, but not impossible, to tax exports and imports of services at the same time. Such a tax will be borne by the winners and can be used to compensate the losers of economic globalization. 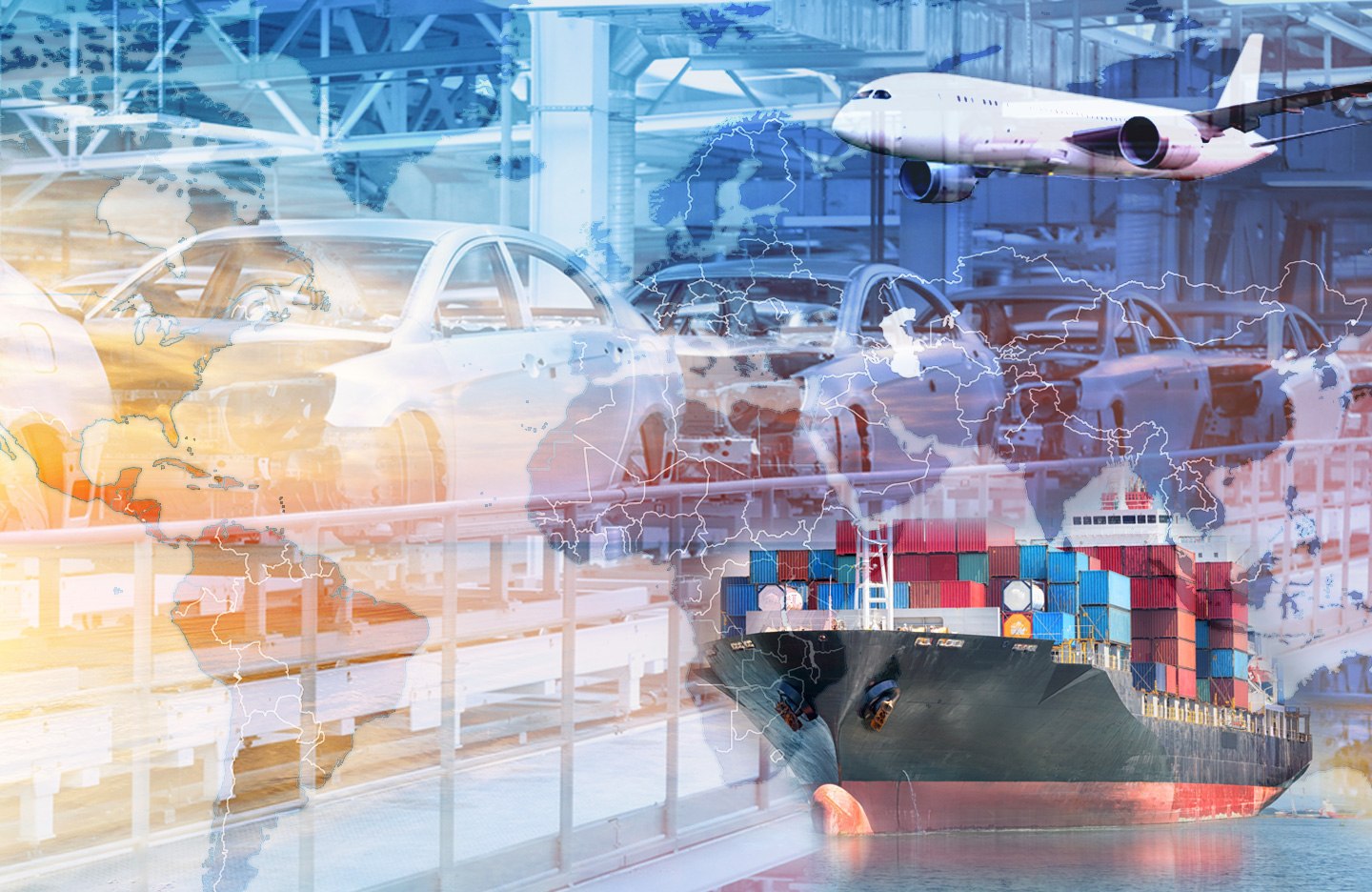 An open world economy implies zero import tariff rates everywhere. Although it will take a while to achieve this, it is possible for zero tariff rates to be granted reciprocally by countries through bilateral or multilateral free trade agreements. In this connection, we should add an extension to the familiar “infant industry” exception for the protection of new startup industries by import tariffs. The traditional “infant industry” argument basically says that a newly-started industry requires tariff protection for a certain period so that it has a chance to mature and be able to compete internationally. However, there is another case in which a country is denied access to a particular product or technology which is absolutely essential but cannot be bought at any price. The country then has no choice but to try to produce it on its own. Such production may require subsidies in the startup phase, until the product can be produced at a cost approximately equal to the price of the product elsewhere in the world market. While it is true that the domestic producer can in principle charge any price so as to remain profitable, the potential users of this product will not pay a price that is significantly higher than the world market price elsewhere, because that would make their downstream products uncompetitive. Thus, just as tariffs may be justified in the traditional “infant industry” case, subsidies may also be justified in the extended “infant industry” case.

Containment or isolation of the Chinese economy by one country or a group of countries makes little sense because it is basically the reverse of economic globalization, or deglobalization, under which every country loses because all face reduced sets of choices. This leads to so-called economic decoupling. However, while “economic decoupling” sounds ominous, “second-sourcing” sounds more positive, and, if successful, can reduce monopoly profits significantly and lower costs all around. In any case, even in the absence of geopolitical competition and rivalry, second-sourcing should be practiced and pursued so as to protect against sudden supply interruptions from epidemics, natural disasters and other unexpected events. Of course, multiple-sourcing, or diversification, is even better.

Once an affordable “second source” is available, an embargo no longer serves any useful purpose, prices will decline, and monopoly profits can be greatly reduced.

Related to the free flow of goods and services in the world economy, is the free flow of capital. While long-term capital flows potentially benefit both the originating and the recipient countries, enhancing the returns to the former and reducing the cost of capital to the latter, there is no similarly convincing argument that short-term capital flows generate a net benefit to the recipient countries over time. Long-term capital flows, both inbound and outbound, should therefore be welcomed by everyone, whereas short-term hot money should be carefully monitored and controlled, because it can cause significant volatility in the exchange rate of the domestic currency, which will in turn affect exports, imports and the ability to service foreign debts. The question is: how can long-term and short-term capital flows be distinguished?

Long-term and short-term capital flows can actually be distinguished through the imposition of a financial transaction tax, also known as a “Tobin tax”, on any cross-border capital flow of, say, 1 percent of the principal value. For a short-term speculator, a roundtrip within one month will effectively mean a cost of 2 percent, or an annual rate of 24 percent, which will greatly reduce any potential gain. But for a long-term investor, with a time horizon of 10 years, a 1 percent tax only amounts to an annual rate of 0.2 percent. Thus, such a tax will discourage all the short-term capital flows but have negligible effect on long-term capital flows. However, a “Tobin tax” may not be enough to deter panic-induced capital flight.

In an open world economy, one additional way to increase aggregate world trade is to promote the settlement of international trade transactions in the local currencies of the consenting trading countries. Typically, when two countries trade, they settle their transactions in a third country currency, for example, the US dollar, in which both countries have trust. However, such an arrangement can be more costly and risky as there will be two foreign exchange transactions, and two exchange rate risks. But if they can settle in one of the two local currencies, there will be only one foreign exchange transaction and one exchange rate risk. Thus, settlement in local currencies should be welcome by both countries. It is in the self-interest of every country to do so if it is possible. For example, China and Indonesia have entered into an agreement to settle their transactions in either the renminbi or the rupiah. In principle, this frees each country from being constrained by its foreign exchange reserves in conducting its international trade.

Finally, how do we judge whether the exchange rate of a country’s currency is overvalued or under-valued? The exchange rate of a country is over-valued if it runs a chronic trade deficit with the rest of the world and under-valued if it runs a chronic surplus. A bilateral surplus or deficit, even chronic, does not necessarily imply that the exchange rate needs adjustment. China has a long-term objective of maintaining a balanced international trade in goods and services combined. China came close in 2018, reducing its trade surplus from 8.5 percent of its GDP in 2007 to 1 percent or less in 2018 and 2019. However, in 2020, China’s trade surplus rose above 2 percent because of the COVID-19 pandemic.

China has gone beyond simple economic globalization to promote the concept of building a community with a shared future for mankind. All countries must get together to tackle the common challenges, such as global warming, that affect everyone. China has been committed to peaking its carbon emissions before 2030 and to become carbon neutral before 2060. The United States and the European Union have been committed to being carbon-neutral by 2050 and India by 2070. The most effective way to reduce carbon emissions is for all (or at least most) countries to agree to adopt a universal carbon tax and perhaps a methane tax too.

Global EconomyCOVID-19Reform and Opening UpGlobalization
printTweet
You might also like
Back to Top
CHINA US Focus 2022 China-United States Exchange Foundation. All rights reserved.